Expert group proposes a doubling of the EU's research fund

Investments in research, innovation and education are not only economically necessary, but also a social responsibility, according to a report on the EU's future knowledge policy.

Pascal Lamy heads a group of experts selected by the European Commission to evaluate the Horizon 2020 framework, initiated in 2013 when he remained the Director-General of the WTO.
Photo:
WTO/Studio Casagrande

The expert group behind the report, chaired by Pascal Lamy, formerly Director-General of the WTO and President of the Jacques Delores Institute, proposes an increase in available grants from a total of EUR 77 billion under the current research programme – Horizon 2020 – up to EUR 120 million under the EU's ninth framework programme.

"This is a big increase, but I believe it’s necessary with where the world is going," revealed Lamy to Horizon Magazine.

The recommendations are set to be presented on Monday, 3 July, during a conference in Brussels, Research & Innovation – Shaping our Future, hosted by Carlos Moedas, the European Commissioner for Research, Science and Innovation. The conference gathers over 700 researchers, experts and decision-makers from across the EU.

The recommendations do not only apply to the EU. The expert group also proposes that the increase be followed up with equivalent boosts to national research budgets. The target should be, according to the expert group, that three per cent of Gross National Product (GNP) is invested in research and innovation.

"This is also in line with Norwegian research and innovation policy. The greatest obstacle in achieving this target is the limited contribution from trade and industry, according to the Lamy group," says Dag Rune Olsen, Rector of the University of Bergen (UiB).

"Norway has also experienced meagre investment in research and innovation from the business sphere, although this has increased since 2014 more than in the EU28 countries and at a distinctly higher level that in the other Nordic countries. If the government's goal of three per cent of GNP towards research and innovation is to be reached by 2030, there will have to be an increase in both public and private money put on the table," says Olsen.

Clear link between research and education

Outstanding research and innovation is impossible without outstanding education, concludes the report.

"This will be the first time that the EU's research programme considers the correlation between research and education. This is no bad thing, and tallies neatly with the academic concept of research-based education," states Olsen.

The Lamy group believes that the academic sector is in need of modernisation, at a rapid pace. There is a scarcity of entrepreneurship in education, and academic and disciplinary barriers hinder innovation. There is also insufficient cross-sector cooperation, such as between academia and the business sphere.

"Education and research across subjects and disciplines, as well as across sector boundaries, is in itself the core of UiB's commitment to knowledge clusters. This is why the University's media and communications courses starting in 2017 have been transferred, in their entirety, to Media City Bergen, together with a range of other small and large media and technology companies," point's out UiB's Rector.

The European Research Council (ERC) was established 10 years ago, and has since financed much high quality research – regardless of topic, relevance or short-term benefit.

"The competition for these research funds is naturally fierce, and certain EU member states have signalled that they no longer consider themselves well served by the system when funds have been allocated elsewhere. At the same time, the Lamy group concludes that the ERC has been – and will continue to be – an important factor in Europe remaining at the forefront of research and knowledge development. This is in line with the contribution provided by me and seven other Norwegian university Rectors to the EU, whereby the importance of being able to finance research on the basis of quality alone was emphasised," says Rune Olsen.

Numerous other university associations and organisations have since followed suit.

Whether or not the ERC is strengthened will be determined by the political conclusions reached in the Lamy report.

The major, global, social challenges should be central to the EU's ninth research programme, advises the expert group, which should also be linked to the UN's sustainability goals.

"A common problem among almost all of the previous research programmes in the EU is that not enough space has been afforded to the humanities and social sciences. The expert group believes that by focusing on the challenges themselves as a research topic, the humanities and social sciences would somehow gain a greater role and be appropriately included. That does seem rather optimistic," says Olsen.

"However, it is easy to agree that research into complex social issues needs specific competence in the humanities and social sciences to no lesser degree than, for example, technological research."

"It’s been there too long, it’s too large and it’s too much of a drag on future European growth so a big effort must be made. Not only in turning money into science, but in turning science into money," says Lamy.

"This is an important signal and shows that the role of research in societal development is recognised as more important than ever. UiB, together with the other research universities in Norway, has repeatedly noted that basic research should be a cornerstone for future programmes," says Dag Rune Olsen.

He is satisfied that the crucial bridge between basic research of high quality and innovation is now being highlighted. He insists that the powers that be in Norway must now follow up the ideas in the report, and that the Ministry of Education and Research has several good arguments to support increasing investment in research and education budget campaigns internally in the government.

"As far as UiB is concerned, we now have a success rate of 17 per cent, best among Norwegian universities. To make a breakthrough in applications to the EU's research programmes is becoming more and more important for us, which is why we are making internal moves to enable an extra focus on the EU, not least through  UiB's Brussels office, which we firmly believe will give us a significant advantage," says Olsen.

Now that the report has been published, it will serve as a reference point in the debate surrounding the next framework programme. Lamy stated to Horizon Magazine that the group's mandate as experts is now complete, and that decisions to be made on the basis of its proposals are now in the laps of the democratically legitimised institutions in the EU system.

"We must invest more in research and innovation because we are moving to an economy that is more and more dematerialised where brain juice and talent will be the main resource," says Lamy.

Horizon 2020 is the biggest EU Research and Innovation programme ever. It promises more breakthroughs, discoveries and world-firsts by taking great ideas from the lab to the market. Norway contributes in the programme at the same level as other European countries.

The Rectors at UiB, UiO, NTNU, Nord, NMBU, UiT, UiA og UiS proposed these five key points as a contribution to the interim evaluation of Horizon 2020 in january: 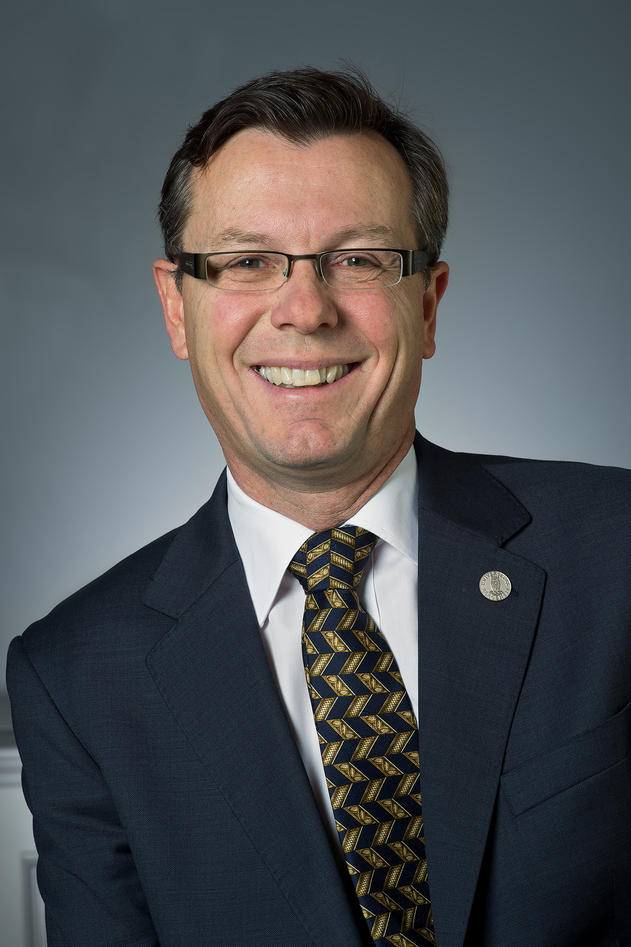