Thousands of new UiB students have arrived in Bergen. Norwegian prime minister Erna Solberg was among the welcoming party at a ceremony in Nygårdsparken on 15 August.

The PM began her address by extending a special welcome to the university’s international students. She was delighted that they had chosen the University of Bergen.

“We locals obviously know that Bergen is the ‘true capital’ of Norway,” she said, adding that she, too, had studied at the UiB.

Erna Solberg has earlier been named honorary alumnus of the University of Bergen.

A treasure trove of ideas

In her address the prime minister spoke about the benefits to both society and commerce of the study and research taking place at the UiB.

“Norwegian businesses should not be vying to be the cheapest, but to be the best. We must also begin to adapt to a greener society,” she said, citing innovation as a key instrument in reaching this goal.

“That requires new ideas and bright brains. And I know that you are a treasure trove of good ideas,” Solberg said, casting her eyes across the crowd of students.

The prime minister also encouraged the students to actively get involved in student life and in the arts and sports activities that Bergen has to offer.

“As students, you can gain friends, memories and experiences for life,” she said, reminding her audience that it is okay to take time out from their busy academic schedule from time to time.

“Studying in Bergen is something very special, partly because the UiB is located right in the city centre. Uniquely, this means you have the city right on your doorstep, unlike other campuses which are more spread out. There is also a great deal of interaction between disciplines, which brings together students from different backgrounds. And of course, the people of Bergen are unique,” Solberg said right after the ceremony.

The university recently joined its first knowledge hub, Media City Bergen. Creating knowledge hubs is one of several approaches to reaching the UiB’s goal of developing outstanding research and academic communities. Six hubs are under development, and Solberg believes they can generate major benefits.

“It will bring academics and research closer to business. I believe that these initiatives will generate both better academic programmes and better research,” Solberg said.

Various academic awards were also presented during the ceremony.

This year’s Owl Award went to the innovative online course “Occupational Health in Developing Countries”, which attracts students from all over the world. The Learning Environment Award went to Mathilde B. Sørensen for her work on the cross-disciplinary Geohazards course.

UiB rector Dag Rune Olsen used his speech to highlight the University of Bergen’s ambitious international profile, which has seen the university attract students from more than 100 countries.

The rector also talked about how later this August the university will be opening its new International Centre, which aims to encourage and facilitate international co-operation at the UiB.

Olsen said that in the era we live in is one in which science and knowledge are under pressure on several fronts.

“But looking at you youngsters here today – who’ve chosen to embark on a university education – gives me hope,” he concluded.

He believes that it has rarely been more important to educate young people who are able to confront – and challenge – what is happening in society with knowledge, insight and understanding.

“Educational institutions such as the University of Bergen have played a key role in this process. Our strategy talks about ‘knowledge that shapes society’. Today you are joining that great project,” said the rector before encouraging the students to explore the arts scene and get to know the many clubs and associations that operate in the student city of Bergen.

Mayor of Bergen Marte Mjøs Persen praised the students for their positive impact on the city.

“I’m very pleased that Bergen’s students are so visible in our city – that they are actively involved in the public discourse, in sports, in the arts, in voluntary organisations and in other arenas. As a student in Bergen, there are just so many opportunities, and I hope you’ll enjoy your time here,” she said.

Head of the Student Parliament Håkon Randgaard Mikalsen used his speech to focus on the opportunities – but also the doubts – that many new students are faced with, including their personal finances and how the labour market will look in a few years’ time. In front of the prime minister, he called for an increase in student finance as he believes it would be a good investment for the future if more students can avoid having to take part-time jobs.

Mikalsen said that the University of Bergen does perhaps have the best student scene in the country, praising the students who are actively involved in clubs and organisations for their contributions.

He also said that there may be days when new students in particular may feel a little lonely. He gave these students this reassuring message:

“Don’t despair. Everyone has been in the same position. Try talking to new people and remember that most are or have been in the same situation. Spend your time wisely. It flies by quicker than you think. Seek new knowledge, talk to the person sitting next to you in the lecture theatre, or go and visit your professor in their office.”

The welcome ceremony also included a number of musical acts.

Bergen Academic Male Voice Choir and the Arme Riddere choir opened the ceremony, and there was also entertainment by the Sirenene choir.

The event concluded with a set by local rising star Silja Sol. 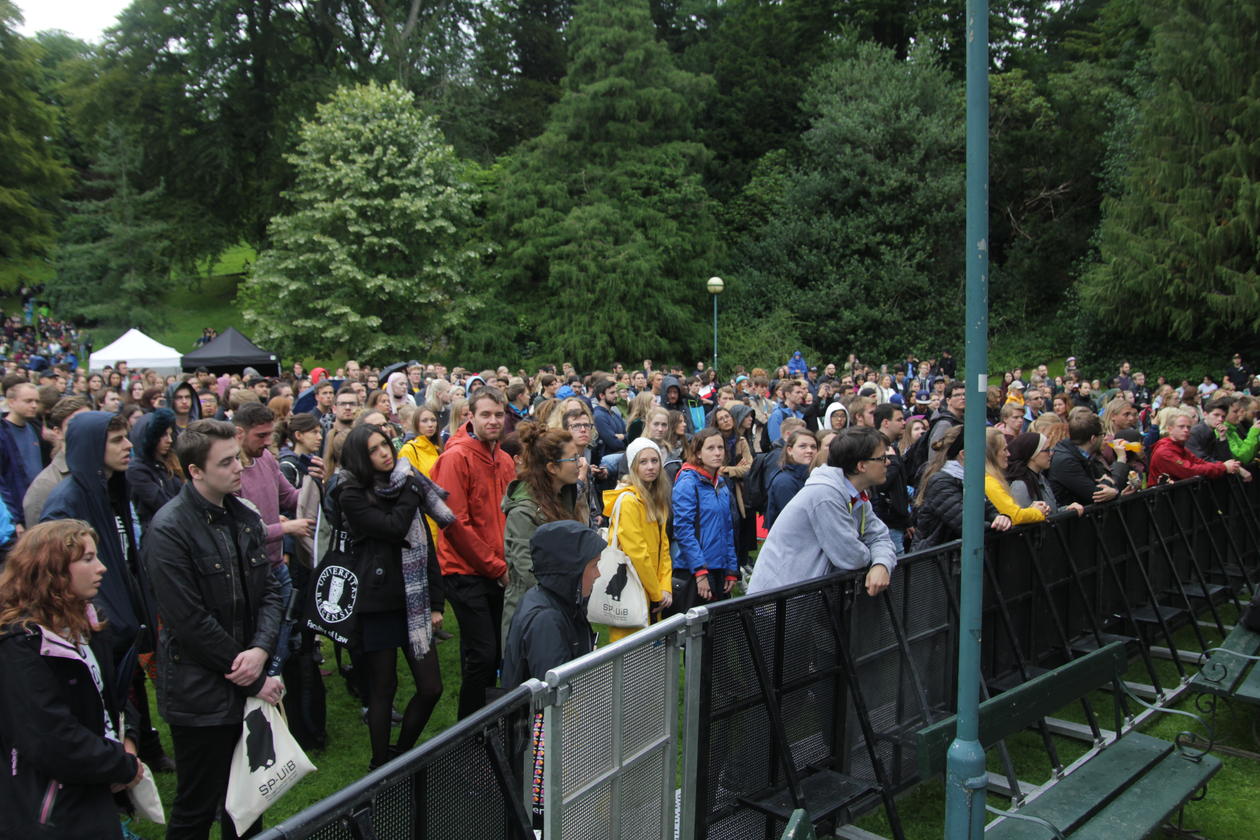 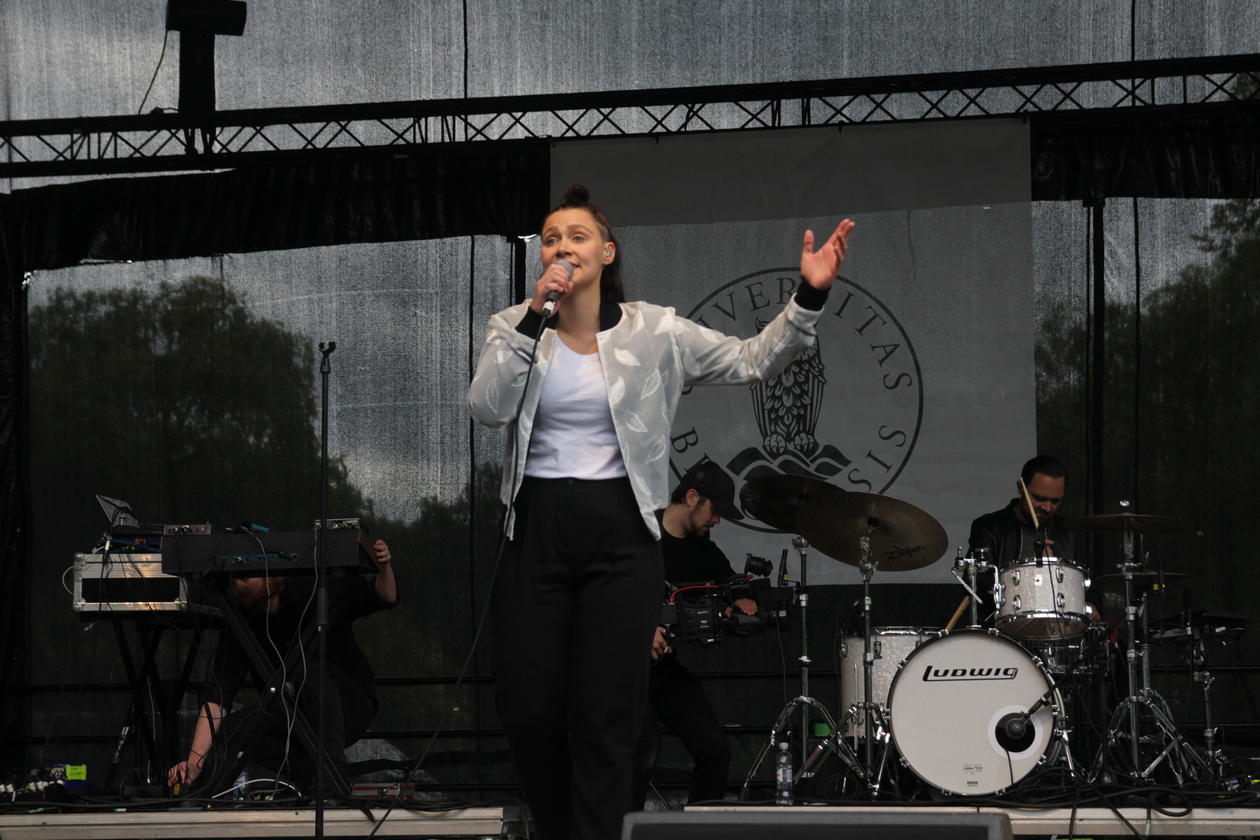 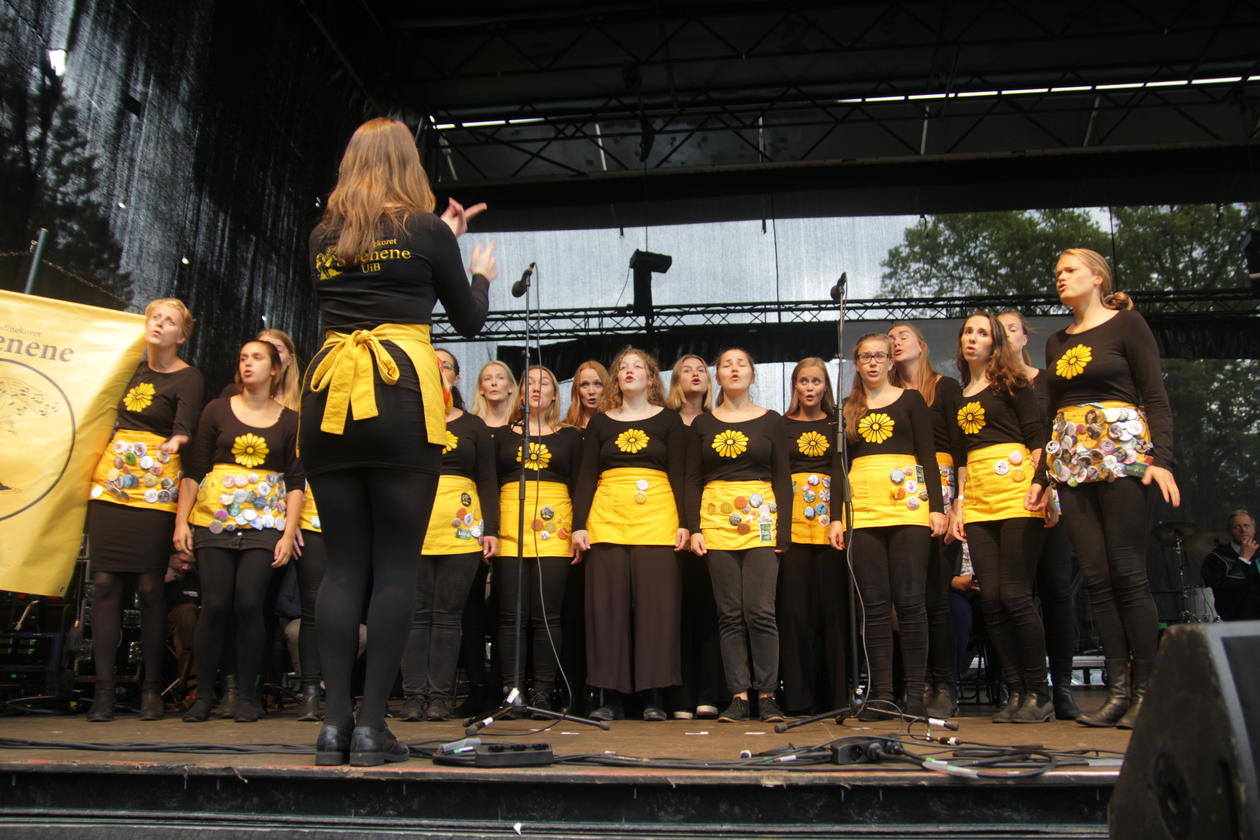 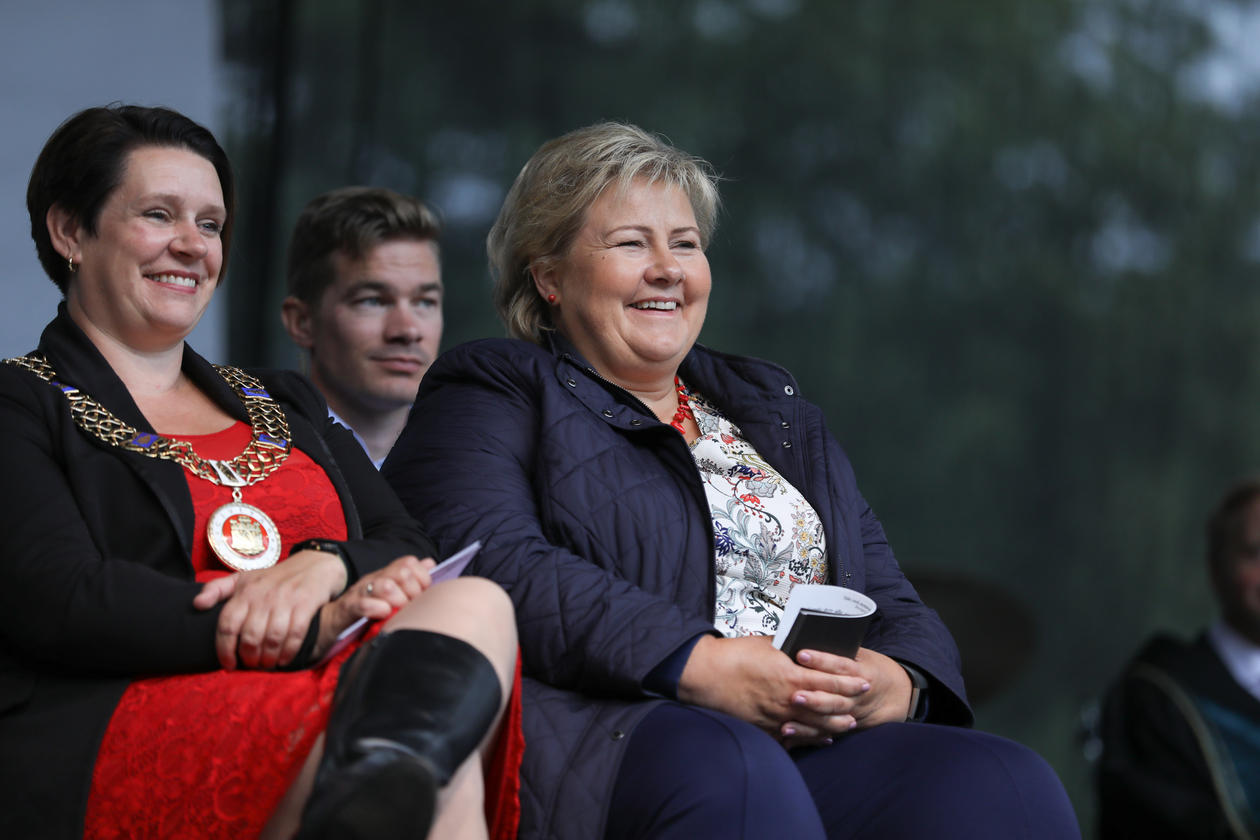