Skip to main content
News
Burglary at the museum

The burglary at the University Museum

In mid-August there was a break-in at the University Museum of Bergen. So far around 400 objects are registered as stolen from the archeological collections. Most of the objects are from the Viking Age. "We work to make sure something like this will not happen again", the museum director says.

The morning of August 14, employees at the University Museum of Bergen discovered a break-in at The Cultural History Collections. Early it became clear that the stolen artefacts are from the Iron Age (500 B.C. to 1030 A.D.), and in particular from the Viking Age (800-1030 A.D.).

“Many objects are stolen, and to any museum, this would be terrible news. There are no other words to describe what has happened”, says museum director Henrik von Achen.

The police are currently investigating the burglary, and seek tips from anyone that may have observations from the area from August 12-13.

The break-in most likely took place Saturday evening, and the burglars entered the museum at the seventh floor, via a scaffold that has been set up in relation to the renovation of the museum tower.

An alarm went off by the scaffold twice Saturday evening. A security company investigated outside of the buildings, but found nothing suspicious. According to the police, it is still too early to say if the burglary was done professionally, and there are so far no suspects.

The scaffold and museum tower have now been secured, and employees at the museum have gone through the safety routines. The security surrounding the tower has undergone a significant upgrade, and the general safety of the museum has been quality assured.

“To us as a museum, taking care of our cultural heritage is the most important thing we do. The stolen objects do not have great economical value, but are of great historical importance. We can only hope that what is lost will be returned, and work to make sure this does not happen again. I feel a heavy responsibility.”, museum director von Achen states.

Help from the public

Employees at the University museum are now working to document all the stolen objects, probably around 400 items. Pictures of the artefacts are consecutively shared on the web pages of the University of Bergen, in hope that someone will recognize the objects and report it.

Through the Facebook-group «Tyveriet på Historisk museum» (no log in needed) the University Museum are asking the group members for help. The museum shares pictures of the objects and encourage people to pay attention to online auctions. If anyone have further information, they are asked to contact the police and/or the University of Bergen.

In storage since March

"This is very unfortunate for the Viking exhibition we had planned this autumn. The worst case scenario for the exhibition is that is has to be postponed indefinitely", von Achen says. 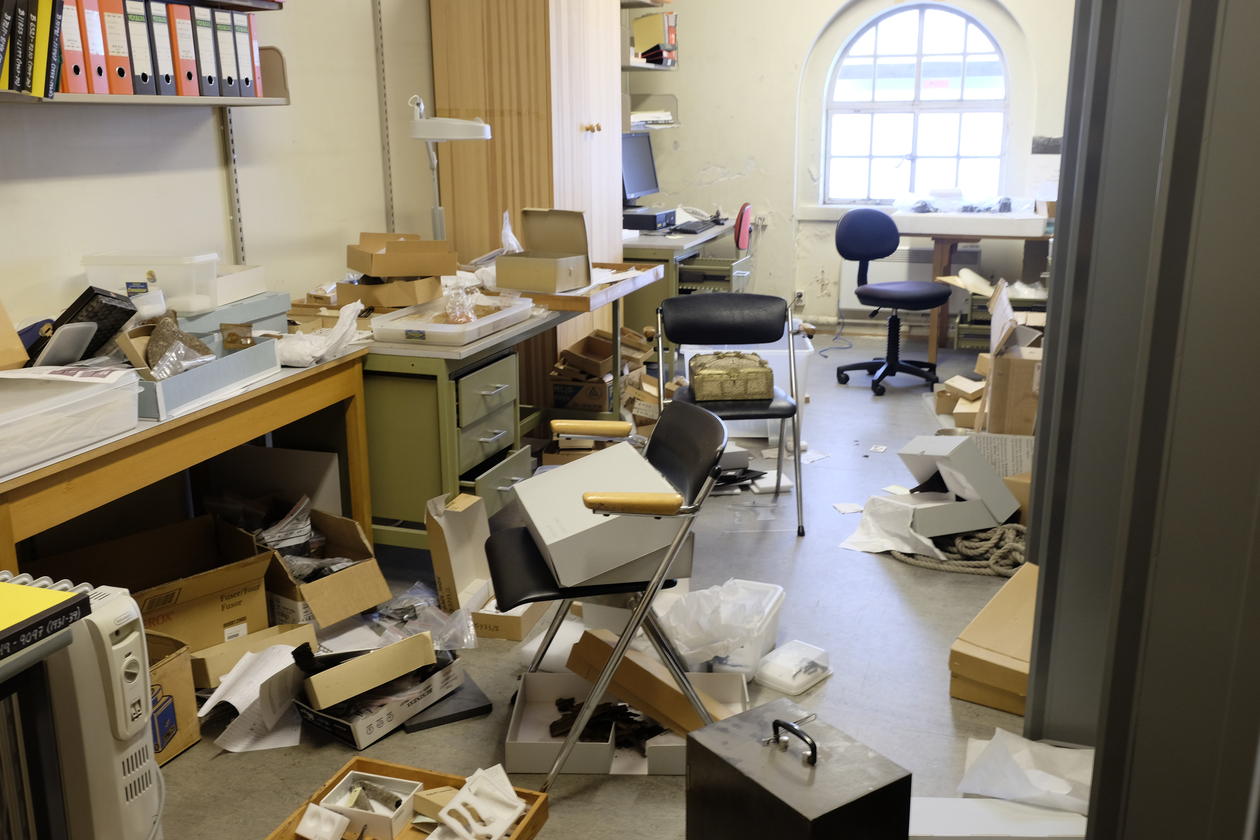 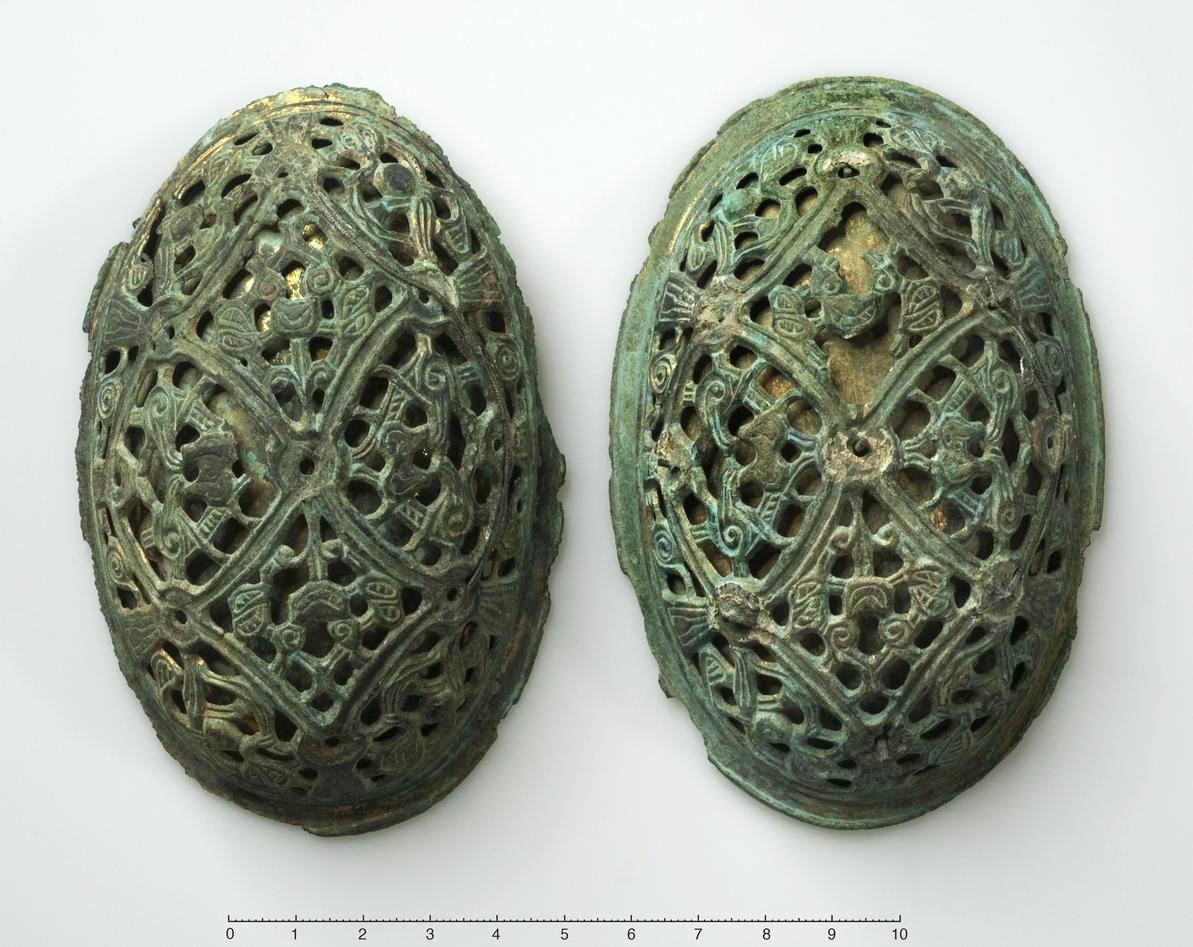 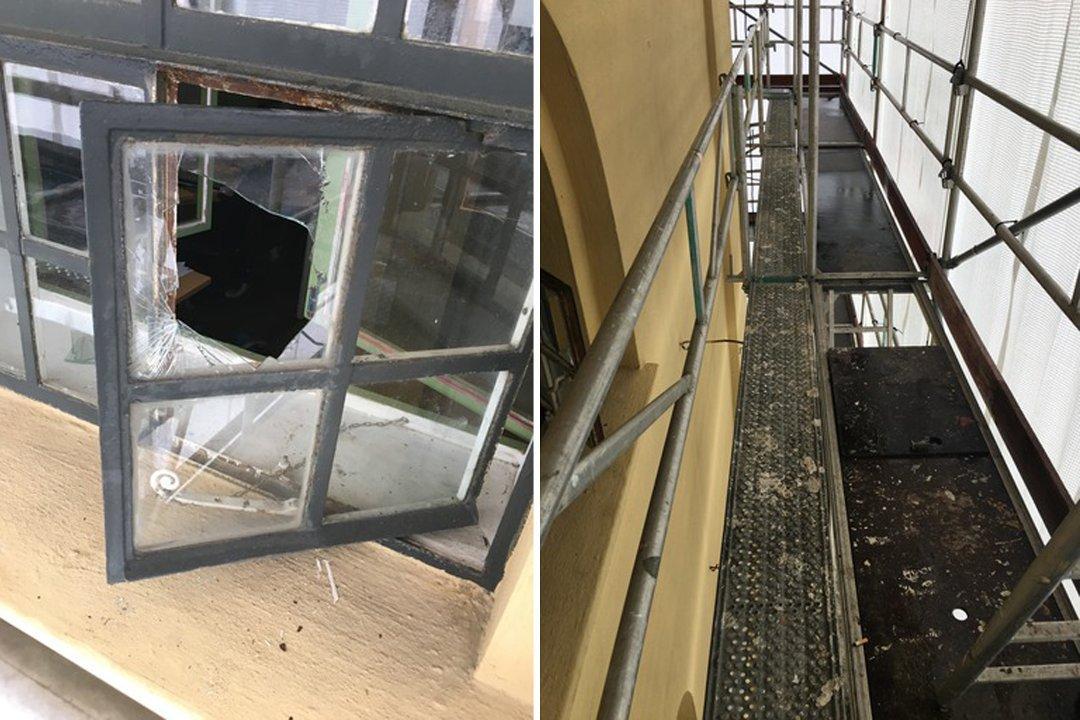 The burglars entered the museum via this scaffold. Renovation work have been taking place at the building since June.
Photo:
Politiet