The Norwegian Cancer Society recently handed out close to 55 million kroner (NOK) to researchers at the University of Bergen and Haukeland University Hospital.

"This contribution will have a great importance. UiB and Haukeland will together manage the fundings in useful ways", says a grateful UiB-rector Dag Rune Olsen, praising The Norwegian Cancer Society for the important work that they do.

According to the Cancer Society, close to 33 000 people in Norway will get cancer this year.

"Behind the numbers are human beings. This is the background for the work we do", secretary general in The Norwegian Cancer Society, Anne Lise Ryel, says.

Ryel also praises the will to donate money, in addition to the voluntary work done, by people from all over the country, making the yearly fundings possible. Donations have contributed to big advances made in research on cancer the last years, making the survival rate much higher than ten years ago.

"The record-handout in Bergen is a recognition of a research environment that is world class. The Norwegian Cancer Society, the donors, pasients and the next of kin has great expectations concerning cancer treatment in the future", Ryel says.

Both dean Per Bakke at the Faculty of Medicine at UiB and director Eivind Hansen at Haukeland University Hospital were grateful for the donations, and focused on the need for close cooperation between the research environments on UiB and Haukeland.

Hansen underlined that the handouts also makes a commitment for the instititions to give back to society, in form of even better care for pasients and the next of kin.

This year the Norwegian Cancer Society handed out the first distinction for excellent user involvement in research projects. The award was received by Stian Knappskog (Haukeland/UiB). He also was given 8,9 million NOK for his project about breast cancer treatment.

Knappskog var naturally glad to have received funds for the research.

"8,9 million gives us new possibilities for long term planning. It also means we can expand our research, so this is a very important contribution for us", Knappskog states.

The projects at UiB/Haukeland that are given funding from The Norwegian Cancer Society in 2017 are led by: 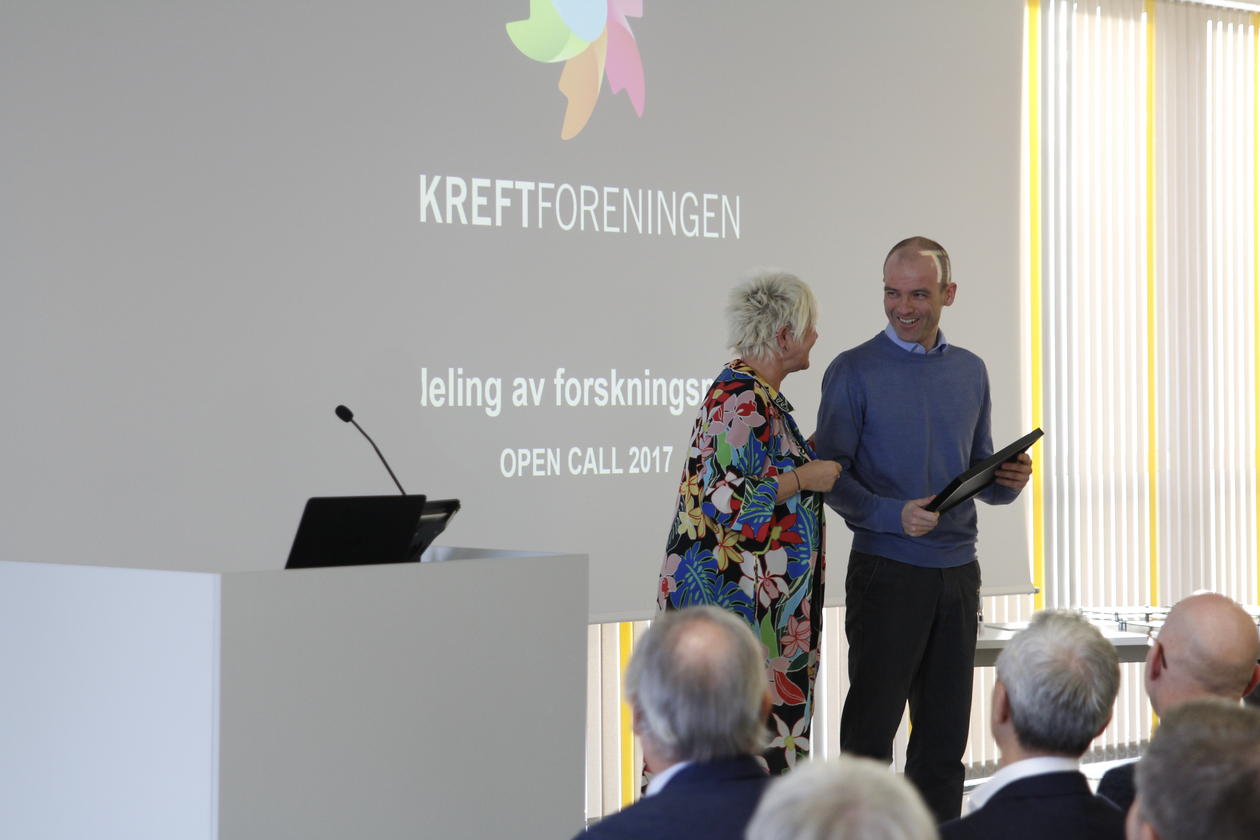 Stian Knappskog reiceived 8,9 million for his project on breast cancer, in addition to an award for excellent user involvement in research.
Photo:
Ole Marius Kvamme 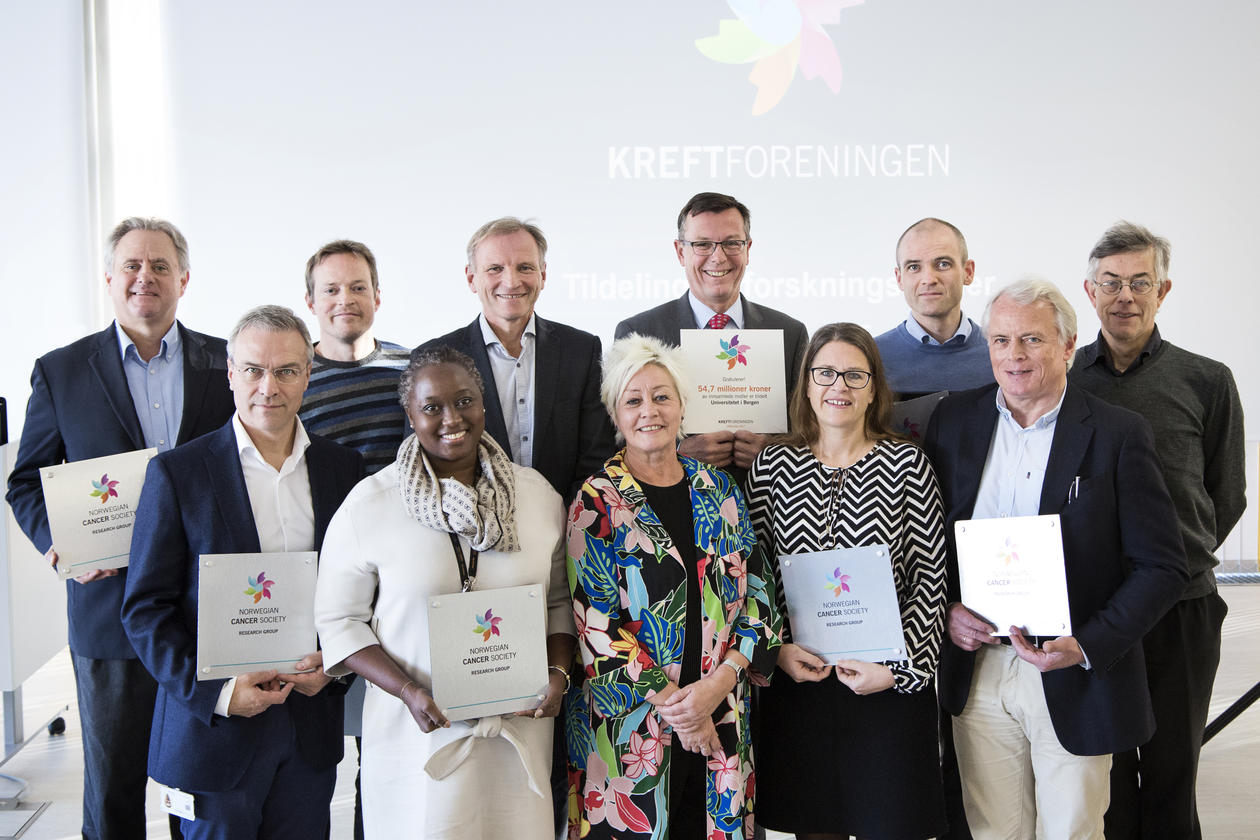