With the pioneering Egalitarianism project, Professor Bruce Kapferer wanted to challenge conventions in anthropology and to redefine how inequality is viewed.

GLOBAL VISIONARY. Professor of anthropology and holder of an Advanced Grant from the European Research Council, Bruce Kapferer, has built partnerships with major universities in the US, Europe, Australia, Africa, India and the Middle East as part of the Egalitarianism project.
Photo:
Andy Lewis

When Professor Bruce Kapferer was employed by the Department of Social Anthropology at the University of Bergen (UiB) he brought with him the experience of field work in several continents and research that included hierarchical orders and inequality; and dynamics of political, economic and socio-cultural transformation in small and large scale social systems.

Inequality is the issue

The question of inequality within societies and the nature of egalitarian processes overcoming them was at the heart of his concerns when he was awarded an Advanced Grant from the European Research Council (ERC). Fittingly the project, which kicked off in June 2014 and concludes in June 2019, is called Egalitarianism: Forms, Processes, Comparisons.

The UiB Magazine met him in his Bayswater, London flat for a conversation on the pioneering research defining the project.

“The whole project is much more than being an exercise in the study of inequality. I think that equality is an idealistic concept that is an impossibility. The research – comparative in scope and on a global scale – addresses the socio-historical and cultural dynamics of socio-political formation and the hierarchy at root,” says Bruce Kapferer about the origins and current developments of the project.

“The stress is on egalitarianising forces that overcome or upset the hierarchies of social order and value that are inevitable in human existence.”

The power of anthropology

When the project kicked off, Kapferer called it “guerrilla anthropology” and said that “the changing landscape of inequality and protest demand a new form of radical anthropology”. He believes this is so now more than ever.

“To me, in a sense, guerrilla anthropology is anthropology. Anthropology stands outside all the other disciplines. To put it rather crudely, most of the disciplines practised at universities have been born in the Nineteenth century and in the history of nationalism, which began the modern state,” says the veteran anthropologist.

According to Kapferer, all those disciplines come out of a particular kind of cultural and political context of Western Europe or North America.

“Many unexamined assumptions regarding the nature and possibility of human beings were present that required challenge. Western philosophy offered radical critique but it, nonetheless, could not escape the limitation of many assumptions that were culturally and historically embedded in it,” he says.

“But anthropology also took seriously other systems. These other systems were not necessarily bound by the same principles or frameworks of understanding that our own worlds were. Anthropology is a guerrilla discipline in the sense that it comes from outside a largely Western comprehension of things and challenges ruling assumptions.”

One of the things the anthropologist has been looking at is how the nature of work has changed due to digitalisation.

“Digitalisation has transformed the nature of the political economies we live in. Everyone thinks technology is going to solve all the problems that we might have and enable certain forms of emancipation. A virtually millenarian religious value is being attached to technology. Anthropologists might see the current belief in the benefits of technology as having a kind of cargo cult impetus,” says Kapferer, warming to this theme:

“Technology is the solution to all human ills. A couple of the project’s researchers are examining this dimension and uncovering the technologically released forces that may be leading to new social injustices and inegalitarian effects.”

Kapferer’s challenge of a Western-centric view of poverty and inequality, includes Western notions of human rights. He claims that a universalisation of human rights creates new inequalities.

“Let me first say that I’m very much in favour of human rights. However, some human rights discourse runs the risk of a return of the imperialising and inegalitarian effects that accompanied the so-called rise of the West and the establishment of its global power or hegemony. Western virtues that are very much in the open in much public comment, demand the kind of critical examination that the overarching anthropological orientation of the project enables,” says the anthropologist.

Inequality is too frequently presented as a matter of economics. The Egalitarianism project takes the economy and financial issues as not necessarily things of primary concern. They are embedded often in other processes that are productive of what appear to be the determining effect of the economic or the financial.

“One of the big things I’m interested in is to look at egalitarianism in a way that’s not just about equality. I want to shift things a little away from inequality, and the economic arguments that dominate, to perhaps the more encompassing concern of emancipation. Here the turn is to the hierarchical and oppressive structures of most known socio-cultural orders, the historical processes that were and are relevant, and how the resulting personal and social effects, their constraints may be loosened or broken,” says Kapferer.

He believes the world is looking at a global egalitarian crisis. If there has been much progress there is much that is indicating gathering poverty, social dislocation, expanding warfare and their attending inequities.

“We’re now in a post-industrial era, in which there are new forms of oppression emerging as a function of socio-political changes associated with the transition from the nation-state into what could be called the corporate state,” says the anthropologist.

He points to radical changes in the nature of class inequalities.

“In Britain the lines of class and social exclusion are being redrawn. A social depression is setting in – a dimension of the impetus to Brexit and a revitalised nationalism – if you went from here to the north of England, you’d see massively depressed populations,” says Kapferer pointing northwards from the kitchen of his flat in central London.

At the core of the field work of the project has been researchers being embedded with various movements of resistance, including observing shifts in the landscape of work and employment.

“The project has grown considerably since its start in 2014. It has built up numerous research links across the world into major universities in the US, Europe, Australia, Africa, India and the Middle East. Those participating actively in research coordinated by the project have mounted to over 20, far more than were initially envisaged,” says the anthropologist.

He hopes that anthropology’s classic field work will endure in the future.

As Egalitarianism enters its final year, Kapferer muses on the project’s legacy, not the least internationally.

“The critical guerrilla anthropology perspective will lead to important reassessments of conceptual and theoretical perspectives that are still dominating discussions on problems associated with inequality. New directions to enduring issues of egalitarian significance are being suggested. With major practical effect. It’s already influencing a lot of people outside the University of Bergen,” says Bruce Kapferer, before adding: “Yeah, I think it should have a big impact. 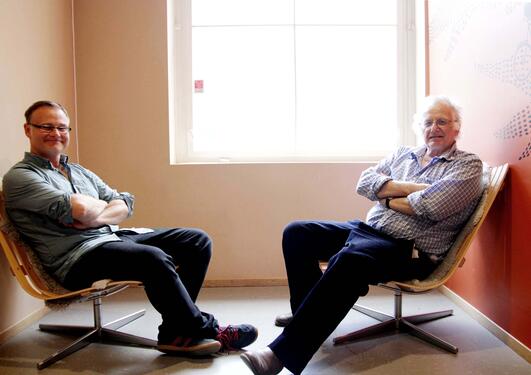 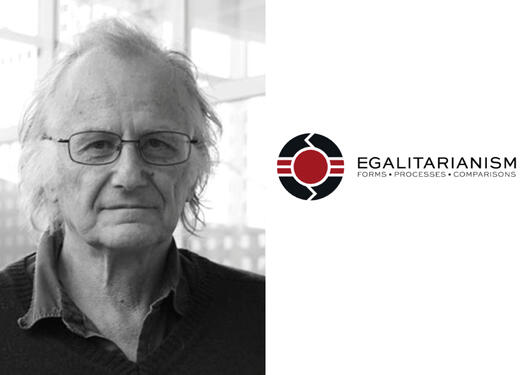 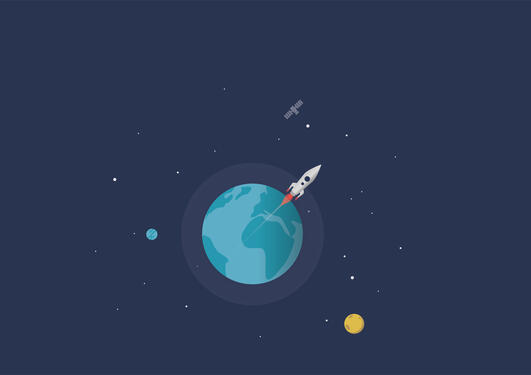