At the Shanghai-ranking 2018, the field Oceanography at the University of Bergen is ranked number ten in the world. That pleases Professor in Oceanography at UiB and The Bjerknes Centre, Ilker Fer, who recently returned from the first expedition in the Nansen Legacy research project.

Postdoc Anthony Bosse and Professor Ilker Fer from the Geophysical institute and The Bjerknes Centre for Climate Research during the first expedition in the Nansen Legacy-project.
Photo:
Algot K. Peterson

The Nansen Legacy is a Norwegian national research project committed to Arctic research, and to the Barents Sea region in particular. Nansen Legacy will result in an unprecedented scientific basis for long-term, holistic, and sustainable management of marine ecosystems and human presence in the emerging oceans of the high Arctic.

The first expedition of the project took place onboard the research ship F.F. Kristine Bonnevie this summer, covering the area from Longyearbyen to the ice edge north of Svalbard. Together with collegues from UiB and UNIS on Svalbard, Professor Ilker Fer for two weeks gathered data about amongst other things temperatures, salinity and turbulence, from the areas where the relatively warm currents from the Atlantic meets the cold Arctic Ocean.

"We collected a terrific data set", says Fer after studying the preliminary data.

When warm and cold currents meet, layers of water is formed under the surface. Water from the Arctic forms a "shield" between the ice and the warm water from the Atlantic. In certain conditions, however, the layers mix, which can cause the ice sheet to melt.

"The general aim of the expedition is to identify and quantify the processes that control the heat budget north of Svalbard. The field work we conduct is designed to capture the turbulent mixing processes, their interactions and feedback with sea ice cover, and their links to forcing such as tides, background currents and wind energy" Fer explains.

Fer describes the first expedition as a success.

"We had a great team and the data we collected will serve the project objectives well", he says.

He believes it is important to understand how, where and why the salinity and temperature properties of the warm Atlantic water change as it flows toward the Arctic Ocean.

"Arctic conditions are highly influenced by changes in the Atlantic water inflow properties, and in particular, the sea ice conditions and the ecosystem around Svalbard and in the Barents Sea are strongly linked to the distribution and properties of Atlantic water", explains Fer.

"What do the data analysis reveal so far?"

"Data analysis so far is only preliminary. I pushed the science party during the cruise to its limits, and we had several stations where we continuously sampled for 24 hours. This revealed highly intermittent and episodic turbulent mixing rates, bursting to very large values in very short times. We observed very large vertical disturbances in the density surfaces (internal waves) associated with turbulence, and these are related to tides", Fer says, adding:

"We have just filled in a postdoc and a PhD position, and they will be working with the analysis together with me and the AeN team".

Fer and the team is soon ready for the next expedition, onboard the research ship, and flagship of the Nansen Legacy project, F.F. Kronprins Haakon. The ship is an icebreaker, thus this expedition will be able to cover a larger area.

"I will deploy 6 bottom-anchored moorings, densely equipped with temperature, salinity and ocean current sensors, which will collect data for one year at time intervals of 5 to 60 minutes. I will deploy two gliders that will be working sections for 4-5 months. The extended data sets will be used to describe the evolution of Atlantic water properties throughout the seasons and in different forcing conditions. We will also deploy the glider GNÅ for cruise duration and will collect detailed data using the ship" Fer explains.

In the recently published Shanghai ranking, the field Oceanography at UiB is ranked number ten in the world. Fer praises the research environment at the Geopysical institute and the Bjerknes Centre for Climate Research.

"Although we should always be critical to such ranking and categorization of research and research institutes, I am very pleased to hear that the field oceanography at the University of Bergen was ranked number 10. This is a significant achievement to be proud of", says Fer.

"We have scientists leading their field in Bergen, with high scientific production and citation rates. The impact of our research has been increasing in recent years, thanks to the vibrant and stimulating research environment at the Geophysical Institute and the Bjerknes Centre. The research environment in Bergen is attractive to many international and Norwegian skillful students and young researchers, as well as international collaboration partners".

The Nansen Legacy is a 6-year project (2018−2023) with core activities being research expeditions into ice-covered waters of the Barents Sea and adjacent Arctic Basin – waters that are becoming increasingly accessible to human activities as arctic sea ice is melting.

Main goal: to bring the Norwegian research community together to create a better and more holistic understanding of the changing ecosystem and climate in the Arctic.

Funded by the Norwegian Ministry of Education and Research.

Since 2009 the Academic Ranking of World Universities (ARWU) has been published and copyrighted by ShanghaiRanking Consultancy.

The American universities Harvard and Stanford tops the list, followed by the British University of Cambridge. 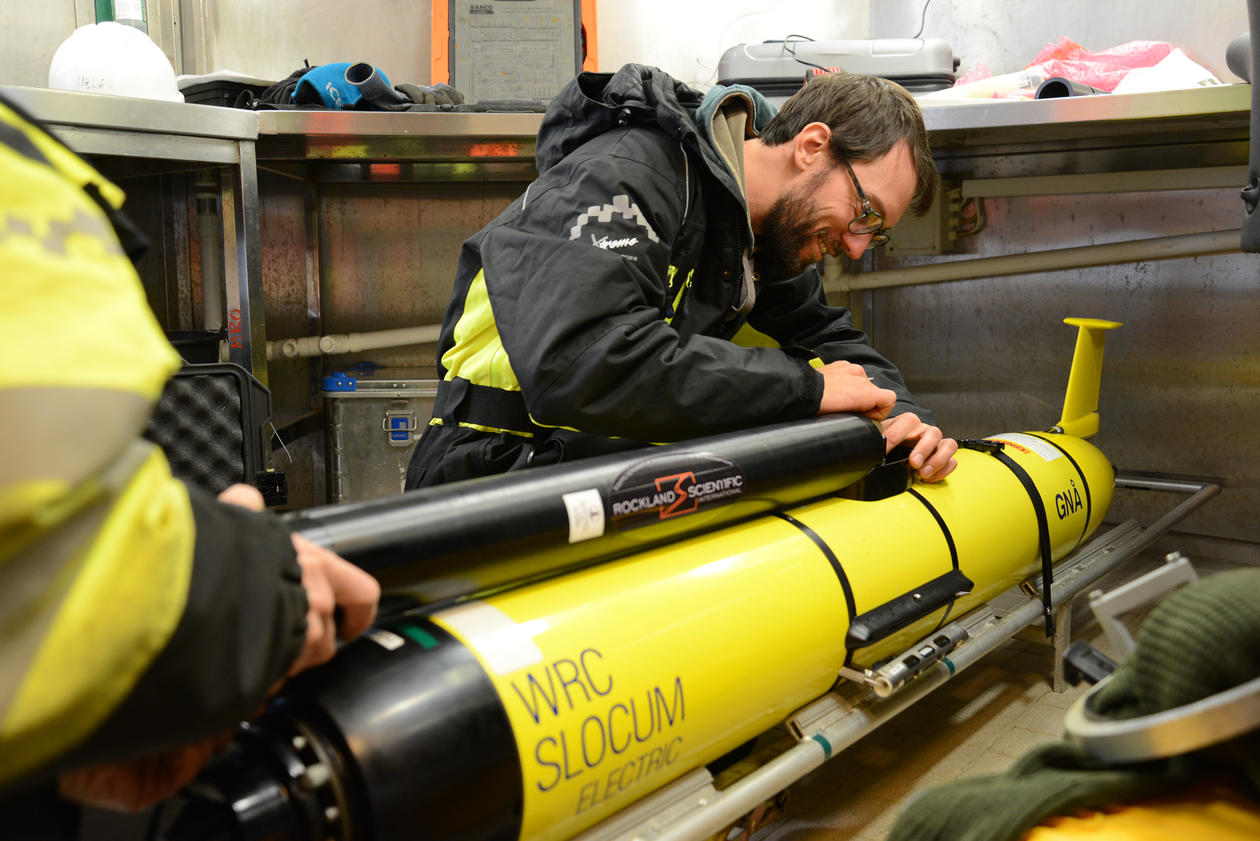 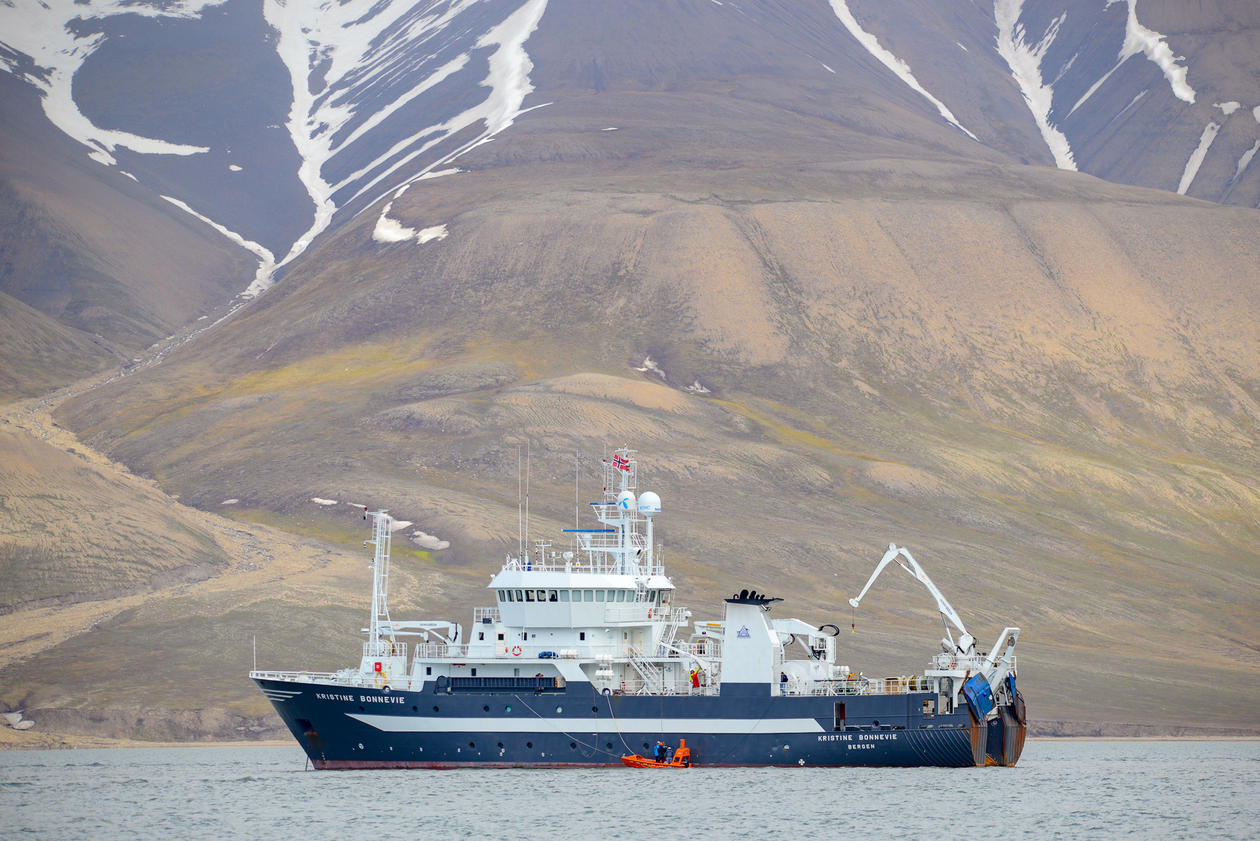 F.F. Kristine Bonnevie in the Adventfjorden outside of Longyearbyen.
Photo:
Algot K. Peterson 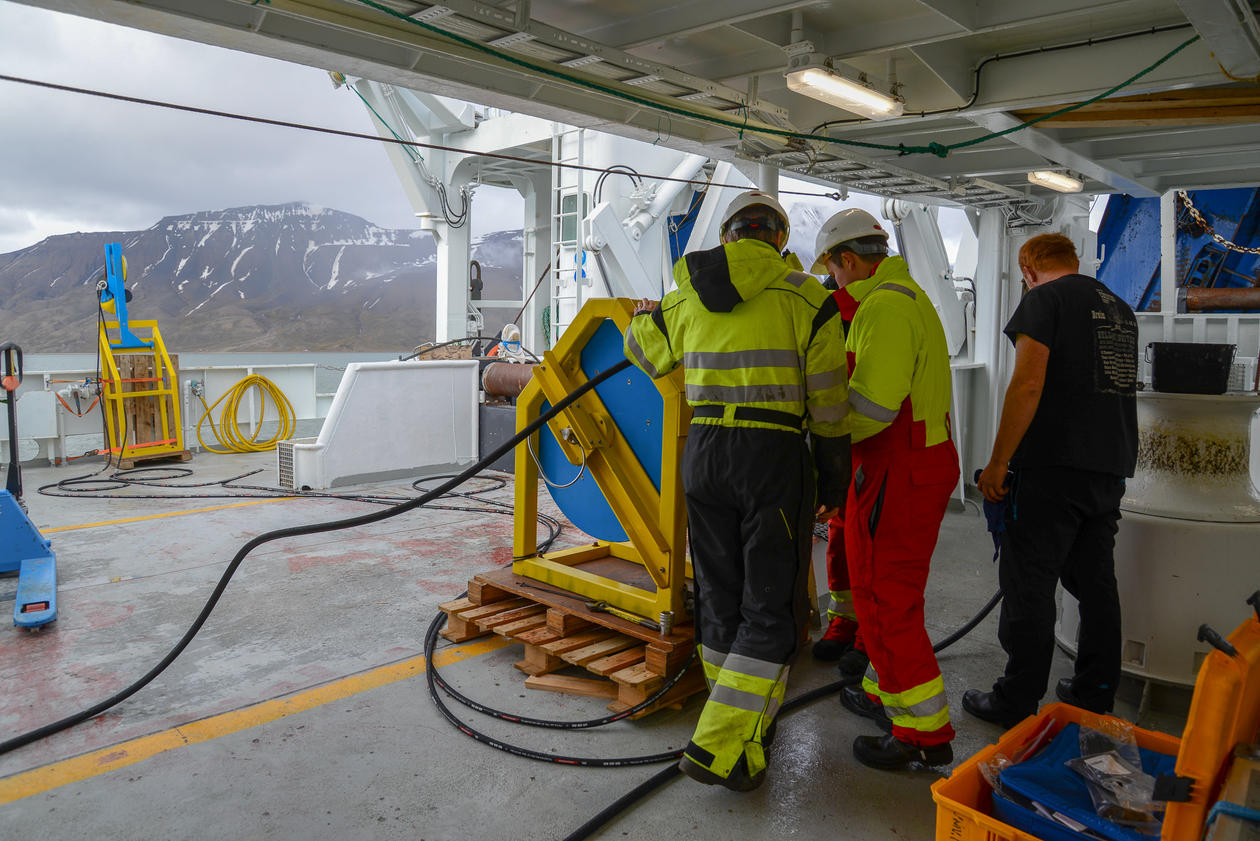