The Holberg Prize 2019 is awarded to British cultural historian Paul Gilroy for his groundbreaking contributions to critical race studies, post-colonialism and related fields. The Nils Klim Prize is awarded to Icelandic-Swedish philosopher Finnur Dellsén for his research in epistemology and the philosophy of science.

Paul Gilroy is Professor of American and English Literature at King’s College London, and he is one of the most well-known researchers and public intellectuals in the UK today. Professor Gilroy receives the Holberg Prize for his outstanding contributions to a number of academic fields, including cultural studies, critical race studies, sociology, history, anthropology and African-American studies.

Both the Holberg Prize and the Nils Klim Prize will be conferred during a ceremony at the University of Bergen on 5 June.

Both as a scholar and a political advocate, Gilroy is known for his opposition to all forms of racism and ethnic absolutism. He has explored the political aspects of moving beyond “raciological thinking,” and he is highly critical of the way such thinking manifests itself both among white and black militants. While challenging the weight of racialised thinking, Gilroy asserts the possibilities of living together otherwise.

Gilroy is also a sensitive interpreter of black aesthetics, and he has done much to encourage emergent black artists, writers and intellectuals.

Describing the key purpose of his work, Gilroy says: "My research responds to the deficit of imagination that denies all human beings the same degree of humanity. I have focused on the infrahuman presence that results from the invocation of racial difference, and tried to re-write humanism by stretching it to more accommodating moral and political dimensions.”

"For me,” he says, "a critique of racism and race-thinking provides a route into clearer, deeper understanding of humankind and its contested nature.”

The undermining of democracy?

With the book There Ain’t no Black in the Union Jack (1987), Girloy established himself as a major intellectual figure with his study of cultures of racism in Britain. The book makes the case for considering black histories in the UK as forming an intrinsic part of British history and has become a classic text delineating the complex workings of racism, as well as the vitality of cultures of anti-racism, especially in popular music.

Gilroy received an American Book Award for The Black Atlantic: Modernity and Double Consciousness (1993). The book is considered a late-20th century landmark in that it transforms the study of diaspora in today’s humanities and social sciences. Here, Gilroy introduces a networked model of culture that displaces the organic metaphor of “roots” to show how group-belonging adapts under historical conditions. The book also shows how race, nation, and ethnicity are culturally constituted.

In his third major work, Against Race (2000), Gilroy argues that the finest promises of modern democracy have been distorted by race-thinking. In 2010, he published Darker than Blue: On the Moral Economies of Black Atlantic Cultures, where he explores the intellectual and political legacy of W. E. B. Du Bois. Here, Gilroy asks how the changing place of black culture should be reassessed in light of economic and environmental crisis, protracted warfare and unresolved human rights issues.

"Gilroy is an original thinker and public intellectual who remains fearlessly outspoken on matters of race and racism. He is a courageous and inspiring figure, whose work has been transformative, dealing with some of the most pressing issues of our time.”, says Holberg Committee Chair Dame Hazel Genn.

The Nils Klim Prize, worth NOK 500,000 (appr. EUR 52.000), is awarded annually to a Nordic researcher under the age of 35, who has made an outstanding contribution to research in the fields covered by the Holberg Prize.

“Science is about finding the facts, but not all facts are equal,” Dellsén says, explaining his work.  “Some facts reveal how things hang together – as an effect hangs together with its causes – and thus allow us to predict, explain, and truly understand the world around us.” “In my research I have tried to show how and why these facts are special, “ the Laureate explains.  “I have also argued that in order to unveil facts of this kind, we must be prepared to live with the uncertainty that inevitably comes with grand theorizing.”

The importance of disagreement

In his work, Dellsén has focused much on public understanding of science and disagreement in science.

"I have argued that we need to be open about the fact that scientists often disagree,” he says, “which is a consequence I think of a healthy skepticism among scientists.”

Dellsén explains how too much agreement among scientists can be unhealthy and even give us reason to be skeptical regarding whatever it is they agree on.

"Despite his young age, Dellsén is at the cutting edge of his field, with an impressive list of publications in internationally renowned journals, and he writes about highly complex philosophical matters in a clear and concise style. He thoroughly examines the arguments involved and fairly considers alternative accounts of the topic in question. The committee is impressed by the originality, perceptiveness and precision of Dellsén’s philosophical work", says Nils Klim Committee Chair, Tone Sverdrup.

The Holberg Prize is an international research prize awarded annually to a scholar who has made outstanding contributions to research in the arts and humanities, social sciences, law or theology. 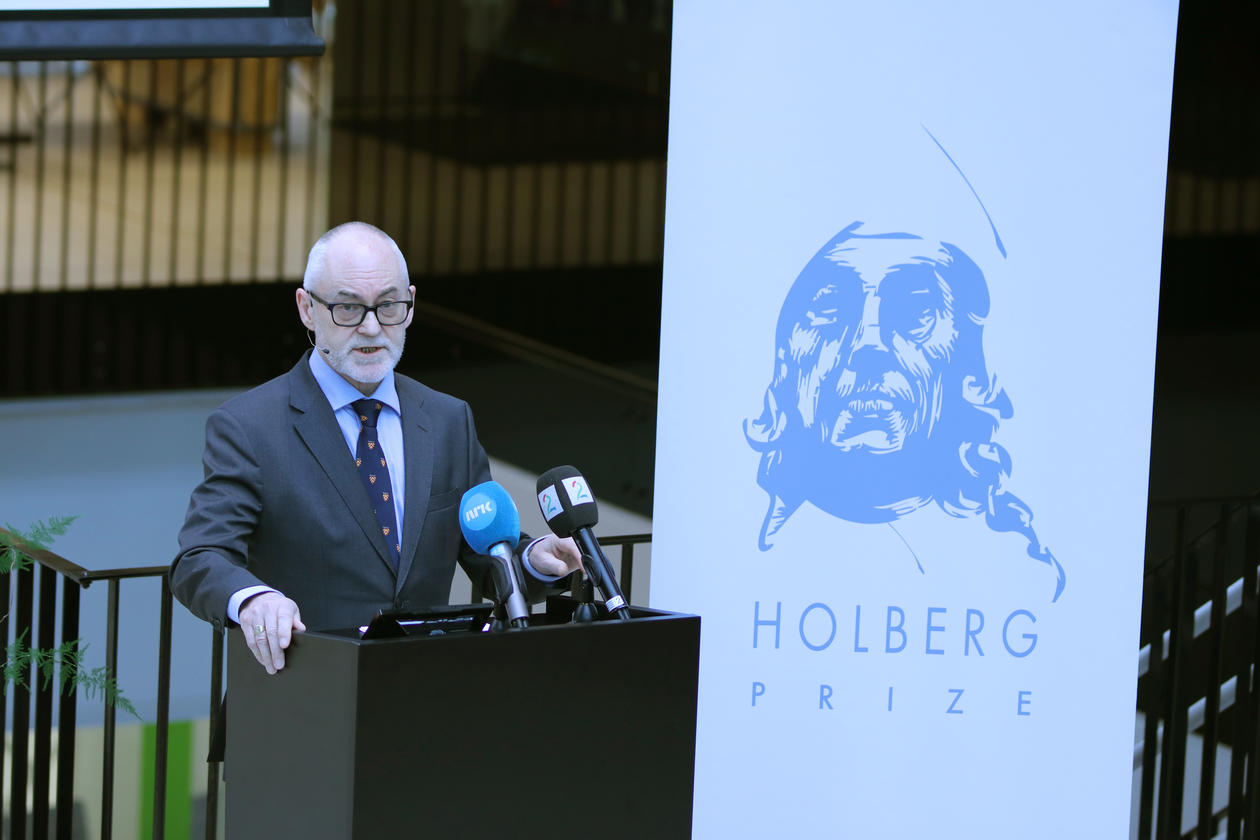