Elaine Scarry believes that nuclear weapons are an invisible threat that we ignore at our peril.

Beauty, pain and justice are the three things linking Elaine Scarry’s theories of how beauty calls upon us to repair the damages of the world.

In her lecture ”Beauty and the Pact of Aliveness” in Bergen in late September 2011, Harvard professor Elaine Scarry took the audience on a thought-provoking ride connecting the dots between language and beauty, between power and persuasion, between creation and destruction.

– We have a duty to try and bring about just arrangements where they don't exist. At least if you don't have to suffer harm if you do so, Scarry said in the first of a new lecture series called the Bergen Lectures in Critical and Political Inquiry. The series is organised by the Department of Social Anthropology at the University of Bergen (UiB).

This world of pain

She pointed out that the language of beauty – such as assymetry and synchronicity – often is the same that is being used by the powers of destruction. According to Scarry, humanity has become addicted to its own sense of growing power and uses this to inflict pain and destruction on the world.

– My subject is how beauty calls upon us to repair the world. There are so many examples of beauty in the world that there is no need to picture them, no need to illustrate them or no need to enumerate them. We all find the assymetry that is within our own reach and know how to repair it, she said.

But as always, there is a snake in the Garden of Eden.

– Nuclear weapons! The problem of nuclear weapons is so great. First of all the terrible scale of our nuclear weapons and our arrangements for presidential first use. Then there is the chorus of voices from all over the world to destroy these weapons, she said before pointing out countless examples of how these voices are being drowned out.

According to Scarry the invisible choir of voices crying out for treaties to rid the world of nuclear weapons find an eerie parallel in the invisibility of the US Ohio class nuclear submarines.

– The US population often imagines that this arsenal came into being during the cold war. But of the 14 Ohio submarines currently operating, eight were built after the 1989 fall of the Berlin wall, Scarry pointed out with a further increase in the US´s nuclear submarine arsenal planned for the years between 2020 and 2040.

Scarry gave a chilling account of the firepower contained onboard the subs that cruise the seven oceans of the world day and night.

– Each submarine carries the equivalent of 4,000 Hiroshima blasts. Enough to obliterate the population of an entire continent, the Harvard professor said.

In a twist of irony, one of the subs, the SS Kentucky, was launched with the slogan ”Man this ship, and bring her to life”. With almost poetic license the US armed forces thus used the language of life to create an illusion of beauty in the creation of this destructive blast power. But Scarry also worried about the lack of democratic report in the US´s nuclear programme.

– This information is not covered in news reports. Maybe a handful of small mentions. But no actual mentions of these ships – and what their blast power is capable of, Scarry said.

– This is not front page news. This is not even page 15 news. Or page 23 news. And like the almost invisible submarines the populations who may be affected by nuclear weapon remain invisible.

Scarry may be an army of one in the fight against nuclear weapons, but is drawing support from a diverse range of people in the US and internationally. Her aim is to create dialogue and awareness of these issues.

– There are several ways to do this: through education but also through the courts and legal work, which my own work has focused on.

She believes that we need to use beauty in the fight against these weapons of mass destruction, which according to Scarry are an injury taking place on our sensory horizon.

But what Scarry pointed out is no modern concept. The urge to destroy has been part of the human psyche since the birth of civilisation.

– From the earliest times there has been an urge to destroy both people and the earth itself. According to Allen Grossman the whole point of ”The Iliad” is to talk about the impulse to obliterate rage, she says.

– It is even present in older texts such as the 4,000 year old story of Gilgamesh. Robert Harrison observes that the first antagonist of Gilgamesh is the forest.

– There is a deep resentment of nature, and so we want to inflict on the world our own mortality, she argues.

– This trust goes to the bottom of global warming and also addresses the problem of nuclear weapons. As the beauty of the world calls out to us it calls out a higher image of ourselves, Elaine Scarry said in closing.

Next up in the Bergen Lectures in Critical Social and Political Inquiry is the Australian reporter John Pilger, who will lecture on the subject "Understanding power, propaganda and the new totalitarianism" on 13 October 2011. 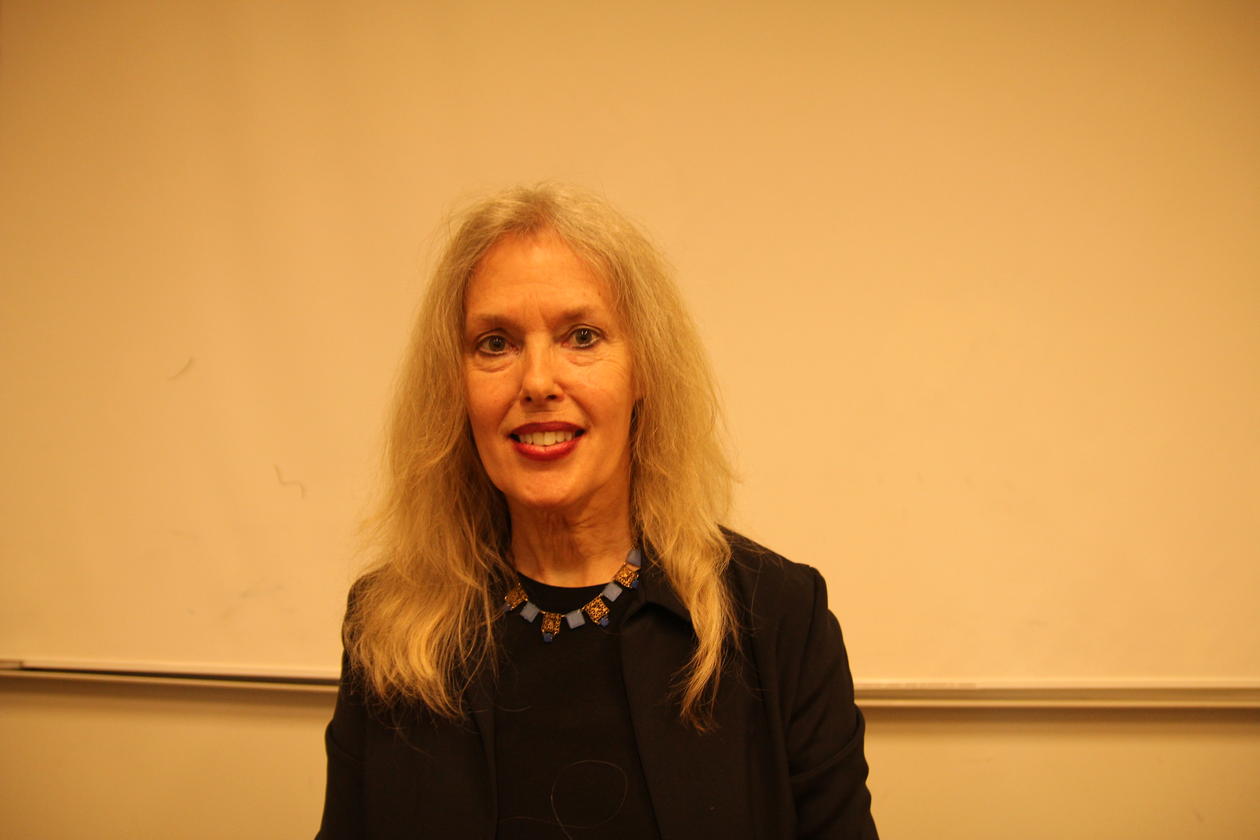