Rector Sigmund Grønmo signed a new collaboration agreement with the Armauer Hansen Research Institute and bolstered relations with Addis Ababa University on a visit to the Ethiopian capital.

Ever since the Armauer Hansen Research Institute (AHRI) was founded in 1969, there has been a close connection between the institute and the University of Bergen (UiB). Quite natural, given the fact that the institute is named after the Bergen born physician Gerhard Henrik Armauer Hansen, best known for his work in discovering the bacterium which causes leprosy.

– This is a collaboration that has lasted for decades. You have to remember that Armauer Hansen is possibly the most famous researcher in UiB’s history, as part of the research environment at Bergen Museum in the 19th century. AHRI represents good and important research in the footsteps of Armauer Hansen, says UiB Rector Sigmund Grønmo.

In 2012, a Memorandum of Understanding (MoU) between AHRI and UiB expired. On his visit to the Ethiopian capital Addis Ababa as head of a delegation of UiB staff and researchers, Rector Grønmo met with AHRI Director Abraham Aseffa to renew the ties between the two institutions.

– UiB was sort of a midwife that delivered institutional aid in the first years of AHRI and was key in shaping what we are doing here, Aseffa explained after signing the new MoU. – We hope to benefit from the capacity building that the university can provide, but also to get an exchange programme going with students between our two institutions. In particular we wish to welcome PhD students from UiB to AHRI, who can do research work here and train our staff.

Another part of Rector Grønmo’s trip was to meet with representatives of the Addis Ababa University (AAU), with which UiB also has long-held ties. Not the least in the field of health research, where the parties discussed an increased collaboration in the years to come.

Grønmo met up both with AAU President Admasu Tsegaye and the Deans of AAU, as well as a meeting with AAU staff collaborating with UiB researchers on applications for upcoming NORHED grants (Norwegian Programme for Capacity Building in Higher Education and Research for Development). This is a successor to NUFU (the Norwegian Programme for Development, Research and Education), which saw a number of successful collaborations between AAU and UiB researchers.

– Medicine and health are amongst our research priorities, and we want to use this opportunity to create a closer connection between the collaborations we have with AAU and AHRI here in Addis Ababa, Grønmo explained whilst pointing out that capacity building is one of the key areas for future collaboration between UiB and both AAU and AHRI.

The UiB rector’s views tied in neatly with the future efforts of AAU.

– In the past a lot of our focus has been on training engineers, but now there is great demand for doctors in Ethiopia, AAU Rector Tsegaye said. – So we focus on medicine and in particular educating more physicians.

Another area of collaboration is capacity building and Grønmo pointed out the importance of the NORHED projects in progress.

– As in all our work, the aim is to view research and education in combination and to improve the student and staff exchange programmes between all the institutions involved, he said.

Tsegaye agreed with and elaborated on this.

– One of our goals is to develop the cooperation between universities in several East African countries, said Tsegaye pointing out the challenges in Ethiopia alone, where the number of universities has risen from two to 22 only in the last few years. – This really has an impact when it comes to training the professionals needed to run the newly established universities.

Tsegaye wanted UiB to play a part in this and also pointed out AAU’s good collaboration with the Norwegian embassy in Ethiopia, who in particular has assisted AAU in its human rights work.

Grønmo also stressed the importance of taking the bigger picture into account and working together both on government and university levels. At the same time the UiB rector was concerned with stressing the practical issues of collaboration. By way of example he mentioned that a number of dentist’s chairs had been shipped from UiB to AAU after the completion of the new dentistry building in Bergen. Students in Addis Ababa now use these to practise their skills. Grønmo viewed this as a hands-on approach to capacity building.

– I would also like to thank the Norwegian ambassador to Ethiopia for his contribution by paying for shipment of these dentist’s chairs from Bergen to Addis Ababa, he added.

According to AHRI director Aseffa, funding has become harder in the last few years. This is mainly caused by reductions in aid and research programmes administered by international organisations, but most notably from the EU. He hopes that the new MoU with UiB can allow for fresh funding to strengthen the lab capacity at AHRI.

– What makes the collaboration between UiB and AHRI different is that it has survived for four decades. The human relationship is the key, but what’s so special with our connection is that it has become institutional as well as personal, Aseffa points out.

– And this has happened through different regime changes here in Ethiopia, be it military dictatorship and other government. Through all of this AHRI’s position was protected, not least because of the strong relationship we had with our partners, such as UiB.

Besides working on prevention and treatment of leprosy, AHRI’s disease portfolio includes diseases such as tuberculosis, leishmaniasis, meningitis, malaria, and HIV.

Despite the economic hardship of the last few years, AHRI has an impressive academic record. In 2012, the institute published 33 academic reports and received 385 visiting students. Much of the institute’s funding is provided through development aid from Norway’s NORAD and Sweden’s SIDA.

– I believe that the support for AHRI is the greatest gift Ethiopia has received from Norway and Sweden. By giving to the young, you invest long-term. Giving motivation to a new generation is the key to tomorrow, Abraham Aseffa believes. 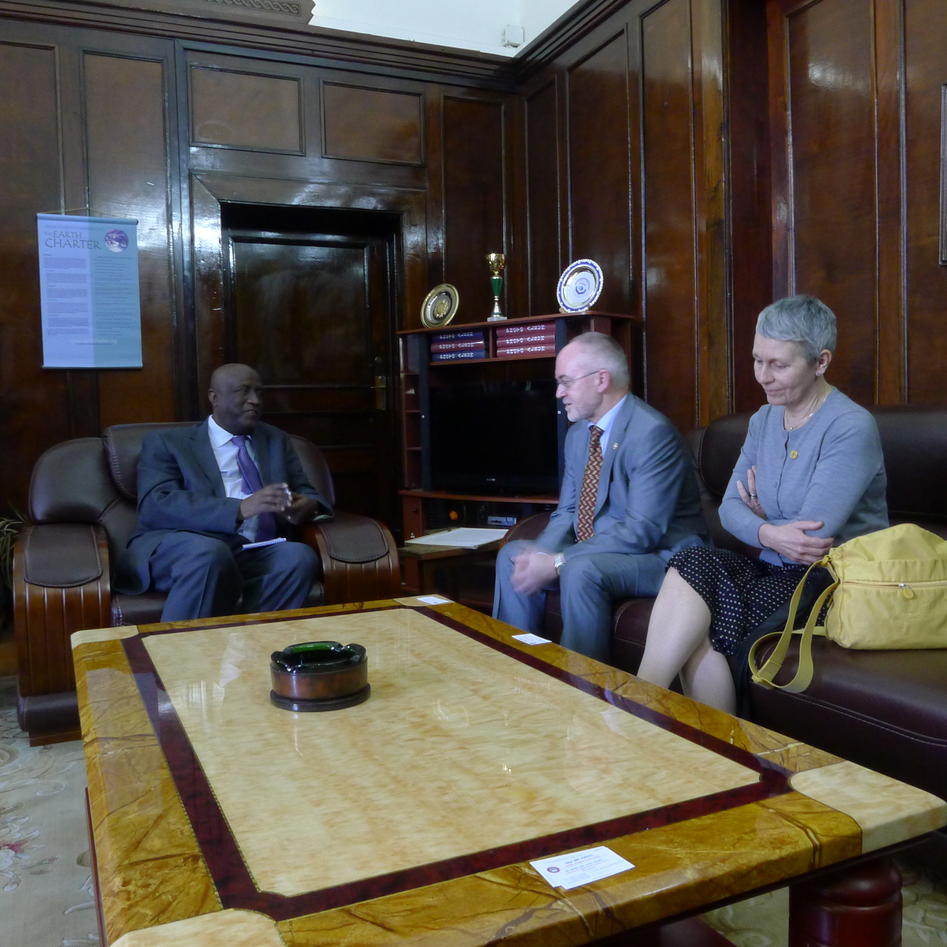