Next week 75 students and young scientists from all over the world gather for the fourth annual Bergen Summer Research School. Once again the aim is to focus on global issues, and to promote dialogue and foster interdisciplinary collaboration.

The brainchild of former vice-rector at the University of Bergen, Professor Kjersti Fløttum, the first Bergen Summer Research School (BSRS) was held in the summer of 2008. With 128 participants it was a roaring success and sparked an immediate interest amongst scholars concerned with a range of issues relating to the rapid globalisation of the last few years.

Every year the number of applicants has far outnumbered the final number of participants at the BSRS. This year was no different with 255 scholars competing for the 75 places at this year’s slightly scaled down event. Scaled down in size, that is, not ambitions or scope.

– Ever since the first BSRS, we have received requests from all around the world. People have been asking: What will the themes next year be and when may we apply? There’s no doubt that we have struck a chord with our summer school, says Fløttum when we speak to her ahead of this year’s BSRS.

One of the main aims of the BSRS was to encourage more contact between the University of Bergen’s own doctoral graduates with students and young scientists from around the world. Fløttum holds the success of the BSRS down to the fact that the courses offer unique meeting points for students and young scientists across geographical boundaries and scientific disciplines.
– It's a wonderful experience for young scientists to meet other scientists from around the world and who are on the same level as themselves. This is why we have worked hard to balance academic graduates from different countries on all courses. We have received a lot of feedback from former participants, and what they particularly like is that the BSRS is such a naturally multidisciplinary forum. We believe this is important to stimulate dialogue on the global issues that are at the heart of the BSRS, says Professor Fløttum, who has been in charge of the summer school for its first four years.
This year the BSRS comprises five courses ­– under the main label: "Norms, Values, Language, and Culture". This year’s theme is closely related to the global nature of previous courses. In its virgin year 2008 the BSRS put global poverty on top of the agenda. The following year saw discussions around climate change, the environment, and energy-related topics. Last year global health was the focal issue.
– We had a four-year plan for the BSRS, with an overall goal to focus on the major global challenges. But we have divided the topics between different disciplines and faculties at the University, although there are a number of topics that naturally have been touched upon year after year, explains Fløttum mentioning climate change as one obvious subject that has popped up regularly at the BSRS in its first four years.

The BSRS has largely been about bridging the gap between the affluent west and north and the largely more empoverished southern hemisphere. Fløttum hopes that the university’s summer school has contributed to raising awareness for the future.
– First and foremost, the BSRS has raised grand and ambitious themes. Also, we are not aware that anything similar to this has been done before. Last but not least, Bergen’s academic communities have a long history of work relating to global issues, she tells us.

By sharing knowledge this way, Professor Fløttum believes that future scientists and leaders can gain perspectives that would not otherwise exist.

– It’s important that we have a dialogue about our shared global challenges. We may not find solutions to everything, but we develop new and valuable perspectives, she suggests.

In keeping with the summer school's ambitious scope, this year’s event has been expanded to include a micro film festival, with documentaries that range all the way from cultural struggle in Ethiopia to a look behind the scenes in the World Wrestling Federation (WWF). According to Fløttum the films work both on an academic level and also create another social platform for the summer school’s participants.

BSRS for the future

The University of Bergen has already made preparations for the BSRS to continue after four years. The future of the successful summer courses will be discussed with the University’s local academic partners – NHH, CMI, Uni Research and HiB. Outgoing chairman Fløttum is crystal clear about what should be retained for the future.
– The BSRS’s meeting point between the north and south needs to be kept and developed. This is something unique that has reverberated with participants. The fact that young people from the rich world face the youth from the less affluent parts of the world is important. We need perspectives from around the world. Moreover, I believe that the interdisciplinarity should also be kept, says Kjersti Fløttum before she turns her attention to next week and her last session in charge of the Bergen Summer Research School. 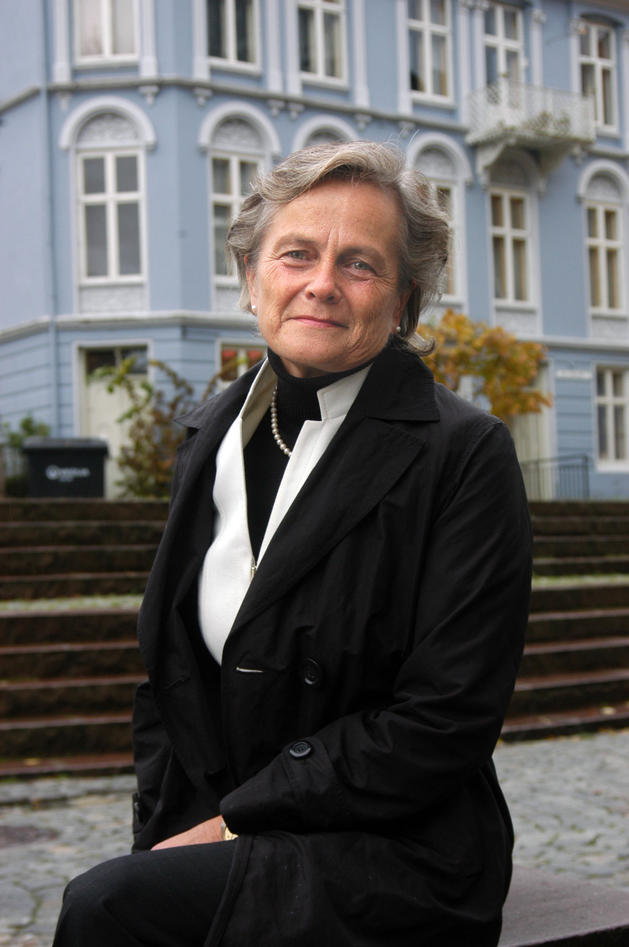