This year’s Christie conference is just around the corner. Wednesday 25 April Grieghallen will resound with conversations inspired by panel discussions and lectures.

– As a society we are facing many great challenges, but never before have there been as many options available to us to solve these challenges. This is what will be addressed in the first section of this year’s programme, Professor Anne Lise Fimreite says.

Fimreite heads the programme committee for the Christie conference 2012, which this year takes place in Grieghallen on Wednesday 25 April.

Climate researcher Helge Drange and Thorkild Tylleskär from the Centre for International Health will kick off proceedings. They will take a look at the latest climate change developments and how technology can improve the health of mothers and children worldwide.

Following on in the second section of the conference, there will be debate about what standards need to be set to solve these issues.

This year’s Christie conference programme has the world as its stage. There will be a lot of reflections on what part universities can play in future global challenges.

The international focus this year drew its inspiration from last year’s speech by Minister of trade and industry Trond Giske. In his address to the Christie conference 2011, he urged the University of Bergen (UiB) to interact more with the world outside of Norway and not necessarily look to Norway’s capital Oslo for inspiration.

– This is exactly what we have done! The world is no longer gravitating solely around the interests of the United States and Europe. The BRIC countries are becoming economic powerhouses with a lot of say on future developments. And for Norwegian research communities, countries such as Brazil, Russia, Indian and China will become more important, Fimreite suggests.

Showing the best of science

The international perspective is one of the reasons why the conference has invited Minister of Foreign Affairs Jonas Gahr Støre to speak.

There will also be a dedicated mingling area in the foyer just outside the conference hall for the participants to catch up more informally. There will be information stands here and the focus will again be to look beyond Norway’s borders.

In the mingling area, UiB’s faculties will present cutting edge science. Amongst these the Faculty of Mathematics and Natural Sciences will focus on energy research. The University Museum of Bergen and the University of Bergen Library are also present with information about their current activities. The same goes for the Bergen Resource Centre for International Development, Bergen Technology Transfer Office (BTO), Chr. Michelsen Institute (CMI) and UiB Global.

– We are putting a lot of effort into presenting projects that resonate with the world outside of academia and how to deal with the challenges we share, Fimreite says.

The Christie Conference has been a resounding success in its two first years and this third conference looks no different.

– The idea of creating a place for academia and the local community to meet and share ideas is the key to the conference’s appeal. I believe this has become a valuable meeting point, Fimreite says. 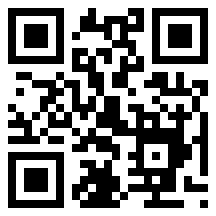