The University of Bergen (UiB) is set to lead a project to scan, digitise and preserve the audio-visual archives of the Sudan Radio and Television Corporation.

UiB’s Department of Archaeology, History, Cultural Studies and Religion (AHKR) signed a letter of intent with the Ministry of Information in Khartoum in February 2012 outlining the project.

Professor Anders Bjørkelo, an expert on the history of Sudan and coordinator of Centre for Middle Eastern and Islamic Studies, has played a key role in securing this important project.

From pilot to project

A pilot project was financed by the Norwegian Embassy in Khartoum and carried out earlier this year. Norway’s Ministry of Foreign Affairs has now asked UiB to develop a full project proposal. This project will first of all focus on the visual archive of Sudan television, both its videos and film recordings. Radio programs are already being digitised in a systematic way.

– There is great enthusiasm for the project, both in the embassy in Khartoum and at the Ministry of Information. We were in the media every day during our visit in February, Professor Bjørkelo says.

The University Library and Department of Information Science and Media Studies (Infomedia) will both play crucial roles in creating this digital archive. The goal is to make the digitised material easily available not only for Sudan television, but also for researchers in Sudan – both north and south – and in Norway.

– Broadcasting in Sudan goes back to the 1940s and the archive contains unique historical material, Professor Bjørkelo explains. He stresses that the material is the common heritage of both South Sudan and its northern neighbour.

In addition to Bjørkelo, the UiB team consists of Terje Thue at Infomedia, Erik Hauke Tønnesen at University of Bergen Library, and Morten Heiselberg at the University Library’s department of special collections. The University Library and UiB student Munna Jaffar Ibrahim are currently scanning and digitising the Sudan collection of Mahmoud Salih.

In 2006, the Sudanese businessman and book collector Mahmoud Salih deposited his extensive book collection on Sudan at UiB. Bergen’s longstanding research interest in Sudan was his main reason for offering to place this treasure at the University. 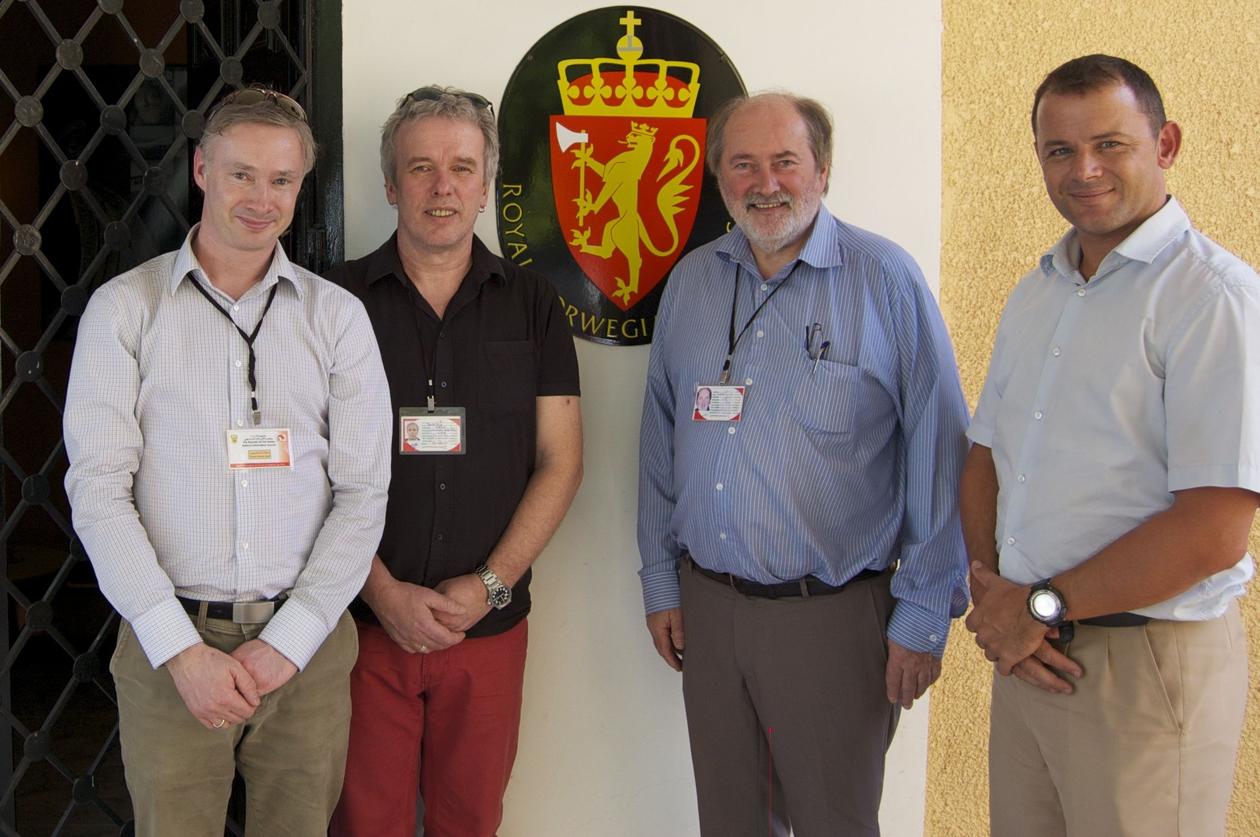