Birkeland Centre for Space Science is one of UiB’s new Centres of Excellence. The centre opened on 7 March 2013.

The official kick-off for the Birkeland Centre for Space Science (BCSS) as one of three new Centres of Excellence (CoE) at the University of Bergen (UiB) will be at an event at the Department of Physics and Technology on Thursday 7 March at 14.00. The Research Council of Norway initiates the CoE scheme.

– This is a kick-off event for all the people involved in the centre. We will present the plans for the next six months, and this will lead to a big workshop later on, says Professor Nikolai Østgaard, head of the centre.

As well as the people directly involved in the space centre, UiB’s Rector and Deans, representatives of the Research Council, and people from the space science environment in Norway will be present.

BCSS will also be studying so-called gamma-ray bursts (GRBs) that occur during thunderstorms. These are electrically charged particles that fly off in different directions with the speed of light during lightning storms.

– Little is so far known about what happens to GRBs that blaze into the atmosphere. One such theory is that this may affect the climate, says Østgaard.

As well as achieving CoE status, BCSS was also awarded an ERC advanced grant from the EU in the autumn of 2012. The grant is beneficial to the CoE status.

– The ERC project fits nicely into our CoE status, and the grant awarded from the EU will function as one of the four cornerstones of the CoE, says Østgaard. 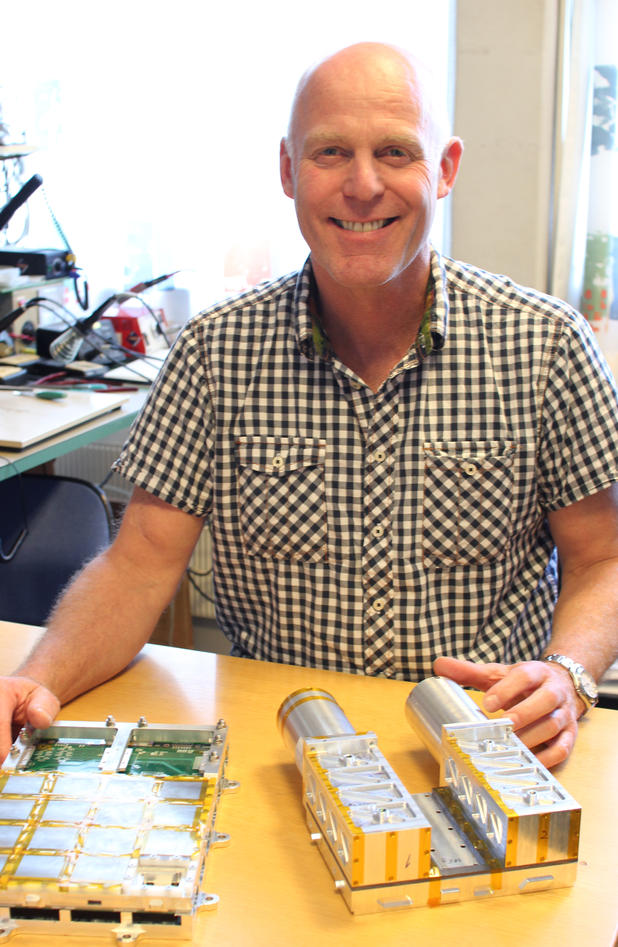 HEADING INTO SPACE: Professor Nikolai Østgaard heads a team at UiB’s Department of Physics and Technology who have developed a detector which is to be sent to the International Space Station (ISS).
Photo:
Kim E. Andreassen