Humans, animals and our fragile earth

For the next two weeks social anthropologist Vigdis Broch-Due is guest essayist at renowned website On The Human.

In the essay “Animal in Mind: People, Cattle and Shared Nature on the African Savannah” Vigdis Broch-Due, who is a Professor at the Department of Social Anthropology at the University of Bergen (UiB), takes a critical look from an ethnographic and anthropological viewpoint on how the western way of life affects conservation work and the rights of animals.

For almost three decades Professor Broch-Due has been engaged in work amongst tribes in the north of Kenya, where she has worked as a scientist and been engaged as an occasional activist fighting for the pastoral way of life of the local populations.

In the essay she shares with us the story of a single herder from the Turkana people and points out how different their human-animal communication and interaction is compared to the way these relations are in the modern western world.

On The Human is an online community of humanists and scientists dedicated to the understanding of persons and the quasi-persons who surround us. Contributors explore issues in metaphysics and biology, ethics and neuroscience, experimental philosophy and evolutionary psychology.

Every two weeks they invite a distinguished guest writer, and in the past have included essays from Ian Hacking, Sarah Blaffer Hrdy, Frans de Waal, Paul Rabinow, Dame Gillian Beer, Harriet Ritmo, Susan Blackmore and many more. For two weeks of October 2011 it is Vigdis Broch-Due’s essay that takes centre stage at On The Human. She is the first Scandinavian guest essayist on the site. 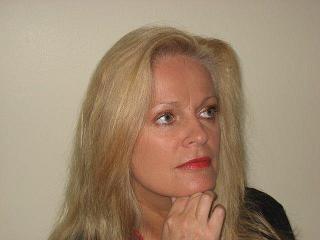