Culture vs commerce: the eternal fight

Economics professor Victor Norman was in a provocative mood when he addressed the students and young researchers at the Bergen Summer Research School this afternoon.

Professor Norman was speaking as part of a public debate about the topic ”Culture as a commodity in global trade” at Grand Selskapslokaler in Bergen. The discussion was a collaboration between the Bergen Summer Research School (BSRS) and the Bergen Chamber of Commerce and Industry, and ran as part of the theme of this year’s summer school: “Norms, Values, Language, and Culture”.

There were four opening speeches, but it soon became clear that Professor Norman’s speech about commodification from an economist’s viewpoint was viewed as the most provocative by far by the audience.

– No one has been better at commodifying culture than Walt Disney, was Norman’s opening salvo before pointing out that commodification of culture by no means is a new phenomenon.
He progressed to show pictures of an edition of Shakespeare's sonnets, the film adaptation of the play "Who's Afraid of Virginia Woolf", CD recordings of cellist Jacqueline du Pré, and not to forget, IKEA, who is bringing Scandinavian design to the global masses.

In Norman’s view, bringing culture out to a broader audience has benefits both culturally and economically for society.

– Based on Kant’s definition, culture is a phenomenon and not an object in and of itself, the professor of economics said before elaborating. – In economic terms the consumer dimension of culture is important.

Norman explained that the word “appreciate” simply means to put a price on something, implying that we appreciate culture when we are willing to pay for it.

– But this does not preclude the value of culture as a thing in itself, he said and mentioned American composer Aaron Copland, who drew a line between the general audience and the music performers. Whereas the audience view music as entertainment and essentially have an impressionistic approach to culture, the performers are active participants.

Norman went on to argue that economists will view culture similarly to a general audience, rather than the way performers view culture.

– But there need not be a conflict between artist and listener. They are complimentary rather than competitive, he argued.

He used the development of mass tourism as a prime example. When Lord Byron went to Venice and had sexual encounters with 200 women in as many days, it was hailed in his day and lives on mythologically to this day. Whereas when Jane and John from Hartlepool go to Venice it is being viewed as commodification. Which led Norman to asking:

– Is the issue the advent of commoditization? Or the decline of aristocracy?

Answering his own question he said:

– Commodification is good because it extends the market to more consumers. Cultural exchange permits trade, gives additional price and variety gains, and creates a richer culture.

Norman argued that the German born sociologist Theodore Adorno was mistaken in his critique of commodification of culture.

– The profit motive which Adorno is so critical of, has always been there and will always be there.

To close off his opening speech, Norman talked more explicitly about the relations between trade and culture. Some people believe that trade creates standards where one fits and all, thus endangering cultural diversity. Others view trade as a cultural engine, and Norman mentioned Coca-Cola and jazz as examples.

In Norman’s view technological advances and economic growth – such as MP3 players and mobile phones – has increased people’s consumption of culture.

– Culture is all about change, Victor Norman said and argued that without trade there would not be the cultural diversity present in today’s globalized world.

The other speakers at the even – anthropologist Julie Scott, jazz impresario Bo Grønningsæter, and Monica Hannestad, head of Design Region Bergen – had to take a backseat as the participants at BSRS engaged for and against Norman’s arguments.

In a round of question at the close of the session, Norman had to defend his optimistic theories about trade and cultural exchange, and also clear up some matters. One of the young researchers asked the professor of economics if he equated guided tours on Norwegian fjords with sex tourism in Thailand.

In his reply Norman strongly opposed any trade in human beings and elaborated on a few things from his opening speech, emphasizing that the example of Lord Byron versus today’s mass tourism in Venice was intended as a defense of the latter and a critique of Byron’s exploits.

Culture is the opposite of Nature

Norman felt that the debate showed that there will be certain aspects of culture and commerce that people will forever disagree on. His own answer was simple.

– Culture is such a complicated concept to define. So I choose to define it as the opposite of nature.

But there were also voices that agreed with Norman’s forward-looking optimism on behalf of the relation between trade and culture. As one speaker pointed out, even if great social, economic, and cultural injustice has been done in the past, sometimes one must let bygones be bygones, suggesting that one must be able to enjoy jazz even if the music genre itself is a byproduct of such indefensible features as colonization and slavery. 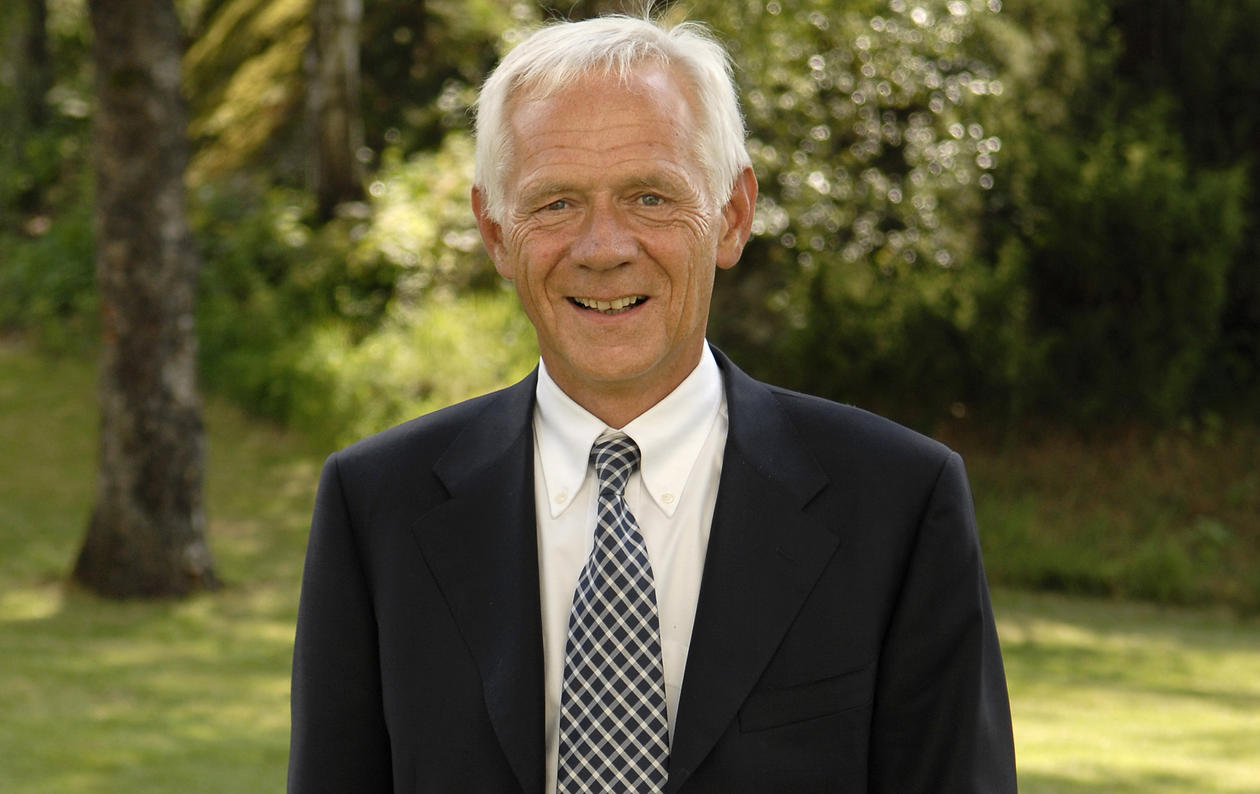