A window to the sea

A new ocean laboratory on the floor of the Norwegian Sea will provide scientists with real time data. The observatory can give us a better understanding of the ocean.

- The seabed is a huge undiscovered world.  We know less about the ocean floor than we do about the moon’s surface, says oceanographer Peter M. Haugan, who is leader of the COSMOS project.

COSMOS stands for Cabled Observatories for Monitoring the Ocean System, and is an ocean observatory consisting of a number of platforms on the seabed that have many different sensors.  The sensors send a continuous stream of data via a cable connected to a land-based station.  Peter Haugan calls it a sea window.  The sensors provide data on both biological and geological processes on the seabed and provide information about what is happening in the water column.  The biologists can actually film life in its natural environment at the bottom of the sea.  High pressure makes it difficult to recreate this environment in land-based laboratories.

A milestone for marine research

- The ocean laboratory will send real time data direct to the workplace.  The scientist can sit in his office and work interactively.  It is possible to steer the equipment so that one is able to look in different directions, according to what one wants to look at.  It will be a sea window that allows us to look at both biological and geological processes. We will be able to observe geochemical activity on the ocean floor and see what is happening in the water column, says Haugan.

Scientists will place platforms on the ocean floor from the coast and out over the incline near the continental shelf.  According to Haugan, there is a lot of exciting physics and chemical activity in this area, including changing methane hydrate, and escaping CO2 etc.  The cable observatory will in addition go deep down into the depths of the ocean.  The distance from the Norwegian coast and out to the deep sea, is relatively short, which is an advantage.

The observatory will become part of a group of ocean observatories that have been established at various places around the world.  The biggest is in Canada, which like the proposed Norwegian observatory, includes three disciplines - biology, geology and oceanography.  There is in addition an extensive earthquake warning system in Japan.  Japan is the country that has come furthest regarding the monitoring of earthquakes and tsunamis.

The NOON network has applied to The Research Council of Norway’s infrastructure programme, for the amount of 188 million Norwegian crowns, to help get the ocean observatory up and running.  It is quite a big price tag, but Haugan points out that it is a national research facility and that it is backed by milieus from all over Norway.

-  This means that we can be in the frontline internationally and explore the areas that are important for Norway.  It is only natural that Norway should be the country that explores these areas.  We also envisage that other countries participate and help to develop a larger system that will include the ocean depths, says Peter Haugan.

The ocean observatory will not replace research vessels, but will provide us with different and additional data.

Haugan believes that Norway has the potential to develop the ocean observatory further, based on technology that has already been developed for the oil sector, which is used to communicate with and control underwater oil production.

- We can develop world-class solutions with regard to communicating with and controlling research installations on the ocean floor. This technology is very exciting and it is ready for use, says Haugan. 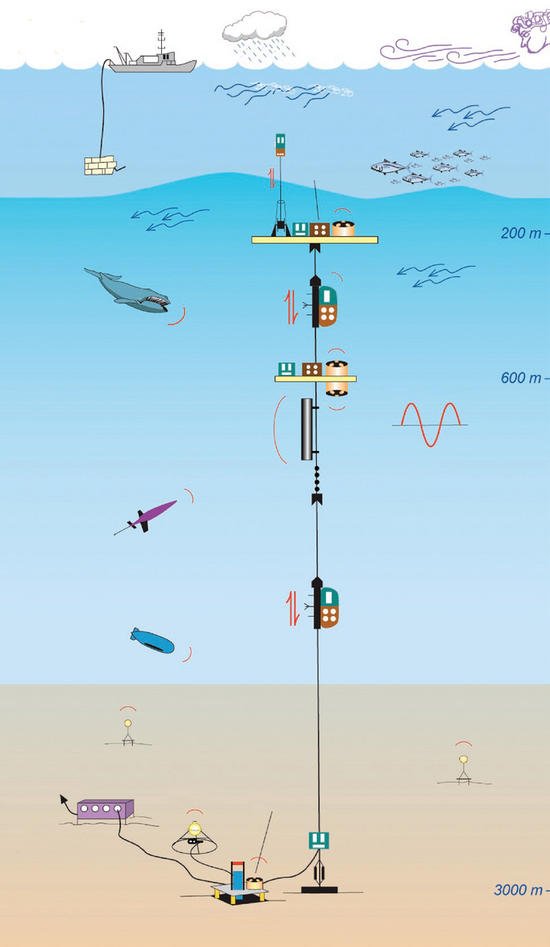 Click to enlarge MARINE OBSERVATORY: The diagram shows the anchoring of scientific measuring instruments that were specially made for connecting to an underwater cable. This is one of the components in a cable-based ocean observatory which makes it possible to collect observations from the water column, all day and every day, throughout the year.
Photo:
Illustration from NOON 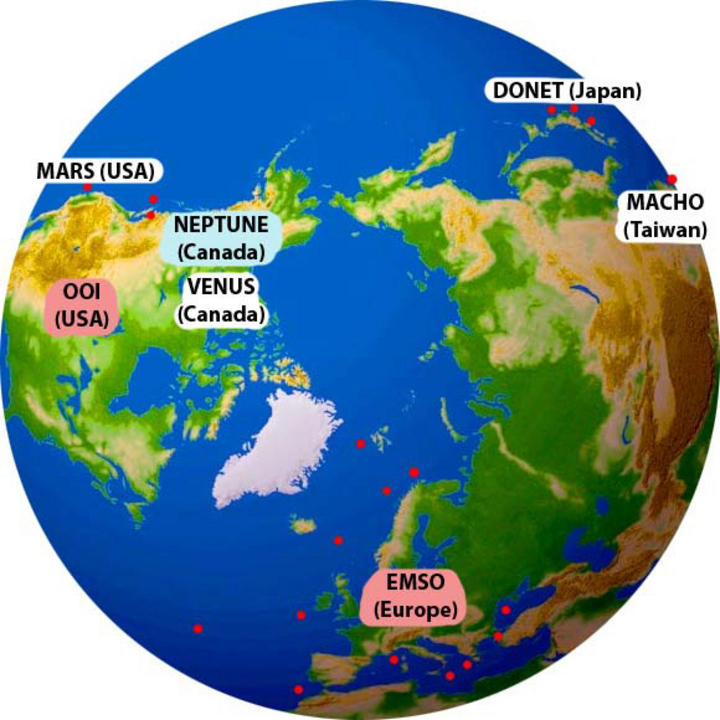 GLOBAL NETWORK: The ocean observatory combines disciplines such as biology, geology and oceanography and joins a group of ocean observatories from all over the world.
Photo:
Illustration from NOON 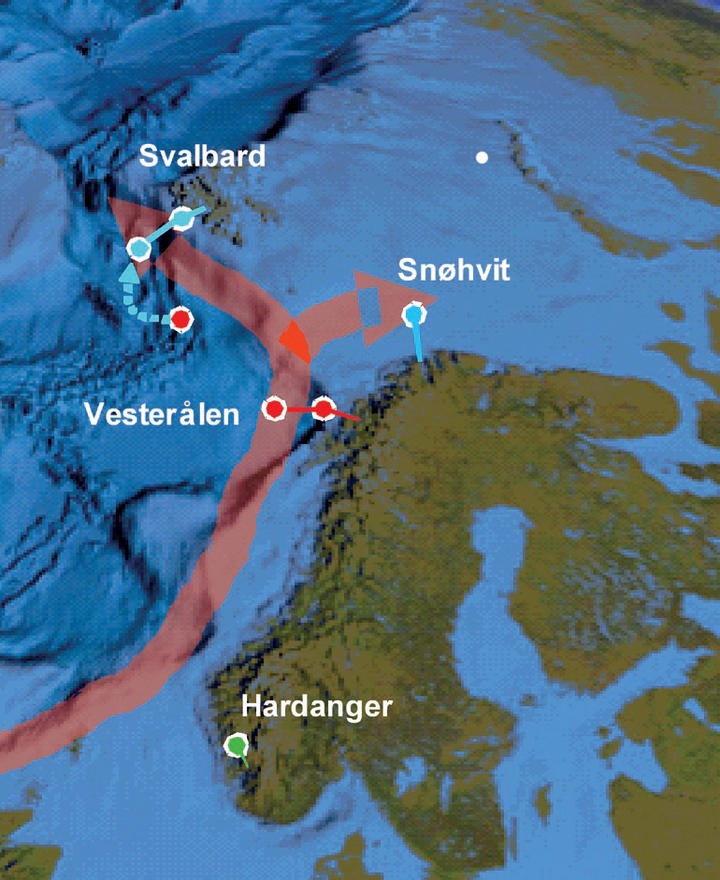 COAST – CONTINENTAL SHELF – DEEP SEA: The cable-based ocean observatory will be placed on the seafloor of the Norwegian Sea, west of Vesterålen and Spitsbergen. Life on the bottom can be observed without interruption, and it is possible to see geological processes such as plate movements and eruptions from ocean floor volcanoes, from various places along the coast and from the depths of the ocean.
Photo:
Illustration from NOON