When it comes down to the Law, Norwegians are more concerned with the common good than their fellow Europeans. But are Norwegians about to become as focused on their rights as the rest of Europe?

It may surprise quite a few people, but Norwegians have a more rosy view of the legal system than their counterparts in other European countries. Post doctor Anneken Sperr at the University of Bergen’s Faculty of Law has compared features of the legal systems in Norway and in Germany. Her conclusion is that Norwegian society is more harmonic and trusting than is the case in other European countries.

– Norway is a sparsely populated country and the person who is considering your building application may be an acquaintance. I believe this is why Norwegians have a greater desire to get along in the long run. You cannot simply avoid each other. This also means that the threshold to use the legal system is higher. A conflict needs to be very acute before Norwegians go to court, Anneken Sperr says.

Sperr is half Norwegian, half German and grew up in Germany. Whilst studying Law, she increasingly grew interested in the differences between German and Scandinavian legal culture. In the end she did her Ph.D. on comparative public law. The starting point of her dissertation was an issue concerning judicial review of government rulings.

Say that you’re dissatisfied with an administrative decision, like the response to a planning application. You take your appeal to court. A Norwegian court of law will revoke the decision if it turns out that the government agency has made a mistake. In which case you can reapply, hoping for a different decision.

A German administrative court also has to give your case an independent review and circumstances pending, can demand that the administrative body gives you permit to build. In Germany, the courts can get more directly involved in the process than Norwegian courts, who have to consider whether the decision is valid or not.

– The different thinking in Norway and Germany interested me. This concerns sharing of power: Can the courts overturn public administration or not? And under what conditions? Is there a different understanding of power sharing in Germany and Norway? And if so, why?

Sperr’s main conclusion is that Germany’s legal system is based on the rights of the individual, whereas the Norwegian legal system puts more emphasis on the collective. If a right is enshrined in the legislation, German citizens experience strong protection in court. On the other hand, the criteria to qualify for this right are very strict, so that the legal system doesn’t get overloaded. According to Sperr, this is connected to a general desire for transparency and predictability in Germany.

– Norway is more flexible. The application of the law is more discretionary in nature in each individual case. The German system needs to be viewed against the backdrop of the Nazi era, when the rights of the individual were violated to the extreme. As a result, Germans distrust the government more, Sperr believes.

– A central part of the rule of law in Germany, is to understand the need for easy access to the courts as an independent and neutral agency for a thorough review of decisions by the state or the municipality. In Norway it is very expensive and complicated to use the legal system, making the threshold higher.

Still, Norwegians are satisfied with the system. Norwegians simply aren’t that interested in going to court. Also, there are a number of other agencies in Norwegian public administration to solve conflict. Whereas Germans distrust the public bodies, Norwegians put a high level of trust in being treated fairly. There isn’t the same need for an external and neutral judicial control to ensure that individual rights are being protected.

The Norwegian method entails that the courts trust that public management is doing its job. This is also linked to Norway’s system of generalised and not specialised courts.

– Norwegian judges can do administrative law in the morning and inheritance law in the afternoon. Anything other than that would be considered boring. In Germany, the court system is highly specialised. Thus the understanding of one self becomes very different. Norwegian judges think of themselves as knowing a lot about the Law. As for technical or professional issues, others can answer those. German judges consider themselves to a large degree to be professionally competent and are obliged by law to seek knowledge of the nature of a conflict issue.

This also mirrors a general difference in the understanding of fairness and justice in Norway and Germany.

German courts suffer the stress of a massive workload and to save resources probably secretly desire the simplicity of the Norwegian model. But there is no opportunity for this.

– Paradoxically, German courts have the upper hand in the power sharing system but are not in a position to use this power not to use their power. It is the citizens’ right to have a ruling and a thorough justification. In Norway, the courts can choose not to use resources on every aspect of a case. Norwegians consider this expedient and natural. From a German perspective, it may look as if Norwegians accept greater uncertainty.

From values to rights

This may however yet change. Norwegian law is in a transitional phase, with adaptations to the EU and implementation of supranational rights. Add to this changes coming from within the Norwegian legal system.

Norwegian politicians are talking ever more about rights, whether it is the right for health care, the right for education or the right for a worthy old age. In January 2012, a parliamentary committee is proposing amendments to the Constitution to strengthen human rights issues in Norwegian law. The issue remains how all these rights are to be interpreted.

– I believe we are in a phase where political values are being redesigned as rights. And I don’t think that the Norwegian legal system is quite adapted to this, Sperr says.

Human rights have been a part of the German constitution since 1949 and ordinary people constantly raise issues based on rights they believe are violated. Could Norway be heading in the same direction?

– If human rights are enshrined in the Norwegian Constitution, the question remains what their function will be. Symbols of politics? Or a list of rights to be enforced? Or an insurance against future political strife?

Sperr believes there are many unanswered questions that need to be debated before the possible incorporation of human rights in the Constitution.

– Human rights are not exhaustive and whereas one generation may put an emphasis on freedom of speech, the next generation may give priority to health care and the environment. In Germany, fundamental change is impossible because the basic rights are guaranteed for eternity. Only by rejecting all of the constitution can there be any change. The same applies to the basic arrangement of Germany as a federal, social and democratic nation. This ties the hands of future generations and this guarantee for eternity can be regarded as an expression of mutual distrust between the citizens and the state, she suggests.

So far Norway has had a different tradition, in the sense that each and every generation has been entrusted with the task of defining the rule of law. The Norwegian understanding of rule of law is to a large extent an on-going process that ensures every group in society a place at the table when the values at the heart of the legal system are discussed.

– This democratic tradition is strong in Norway. All in all it’s a very good understanding of the rule of law to say that nothing is written in stone. But Norway is under increased pressure from the outside world, especially from Europe. And Europe is dominated by a few large nations, Germany in particular, Anneken Sperr says.

– Nobody wants to criticise human rights issues, as everybody believes that these contain decent values. This does however lead to a more material understanding of right, justice and the rule of law, which countries with a strong democratic tradition, such as Norway, have avoided so far.

This article is translated from UiB’s research magazine Hubro. In its November 2011 issue, Hubro focused on the topic «Judicialisation of Society». This is the second in a series of articles on the topic. 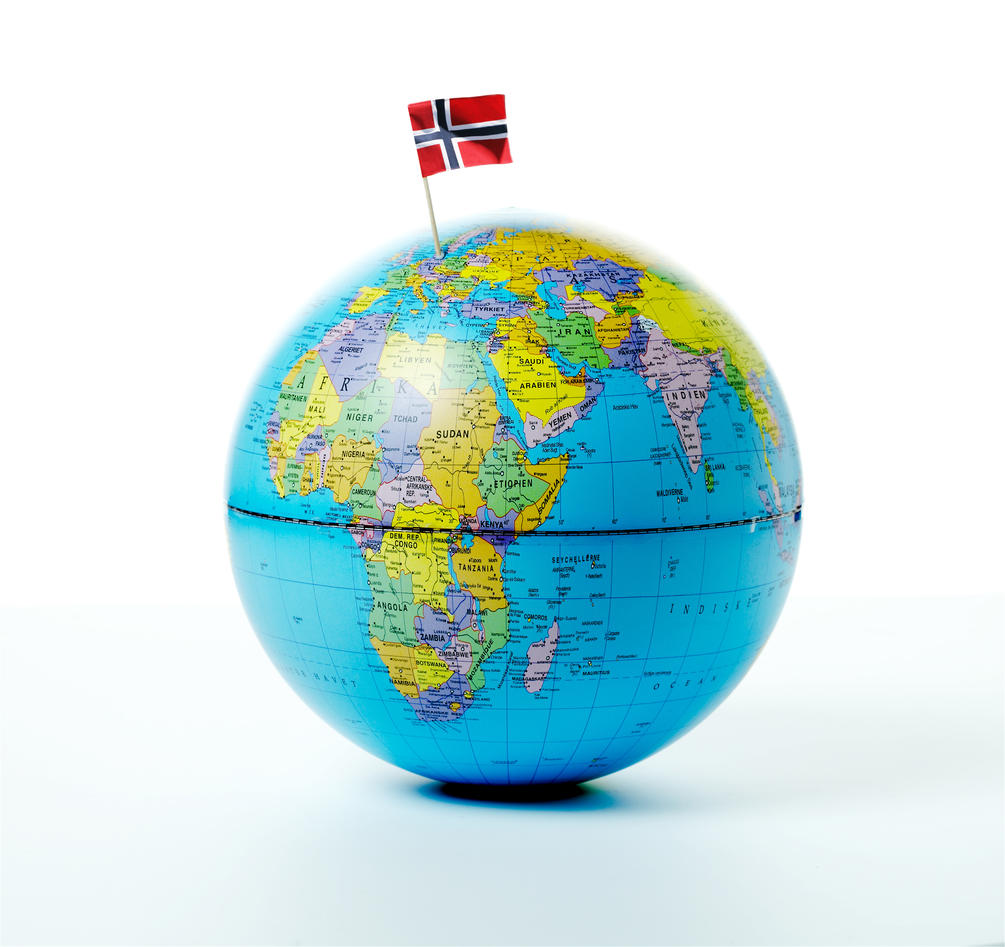 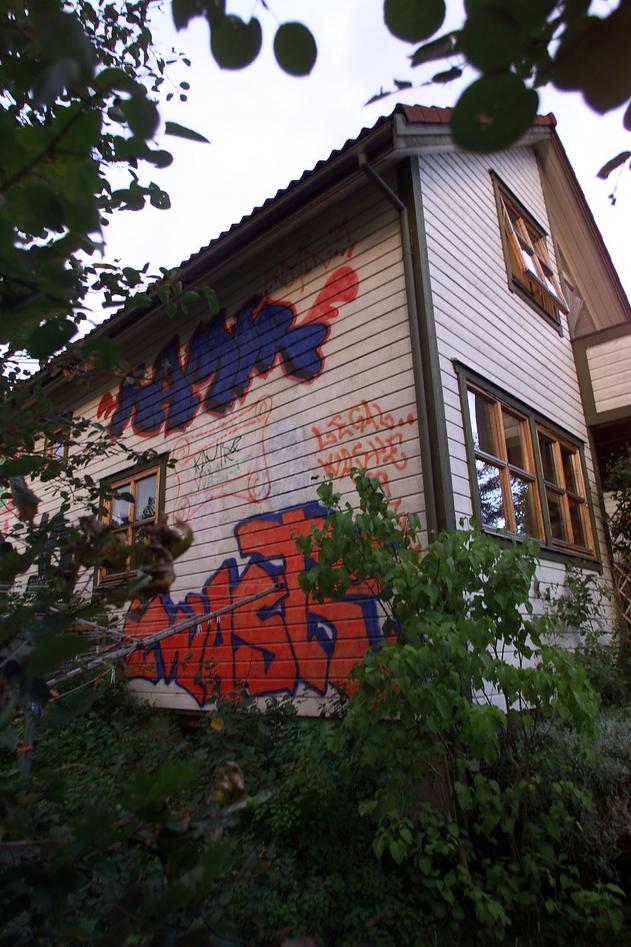 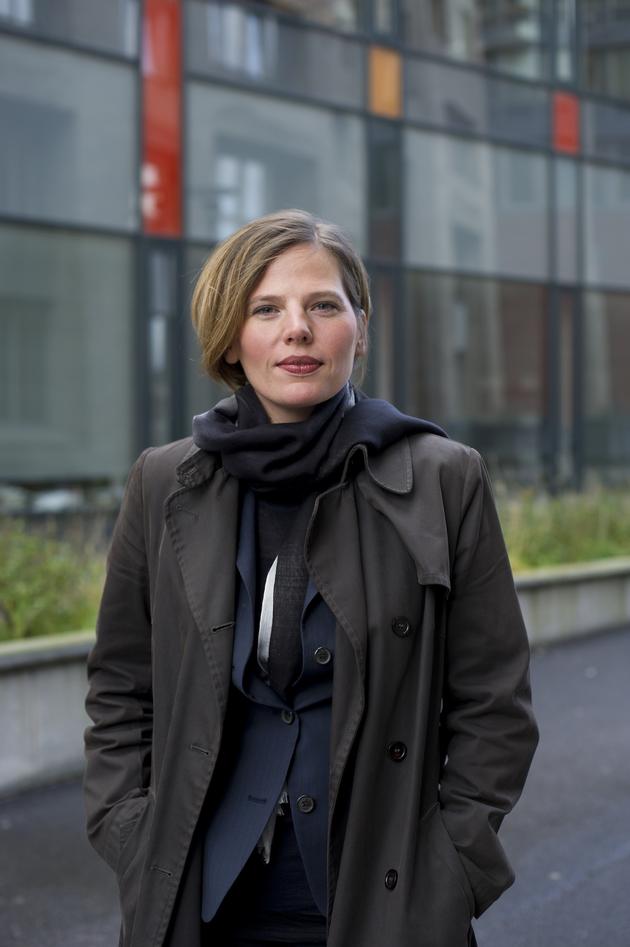