The City Mountains of Bergen are typically Norwegian and covered with needle-bearing trees and birch. At least that’s what the locals would like to believe.

From the city centre it only takes minutes to reach the City Mountains of Bergen. From here you have breath-taking views of the city itself. The mountains are covered with footpaths and steep inclines for everyone from casual walkers to more ambitious climbers to enjoy. The citizens of Bergen love their mountain walks, and use the accessible City Mountains as a retreat from urban life.

With its conifers and wild nature, most locals think of the Bergen City Mountains as typically Norwegian. Unknown to most, however, is that the City Mountains were carefully planned. The current woodland is a result of Norway’s impoverished past rather than the oil-rich nation of the present day. And many of the tree species are actually introduced from North America and continental Europe.

To a lot of people, it will come as a surprise to learn that these mountains were bare in the nineteenth century.

– On Norway’s West Coast, there really is only one natural conifer – the Scots pine. The name stems from Scottish traders, who exported a large part of the natural pine trees in the fifteenth and sixteenth centuries, explains Ole Reidar Vetaas, Professor at the Department of Geography.

Vetaas has spent the last four years researching the coniferous species that have been introduced into Norwegian nature. According to Vetaas, the fact that locals used the mountains as a pasture for grazing resulted in total deforestation.

Cover the mountains in trees!

In 1814, Norway’s constitution was adopted, and a national independence process started. At that time, Norway was one of the poorest nations in Europe.

– Norway resembled today’s developing countries. With no electricity, people were totally dependent on fuel wood for heating and cooking, and due to rapid population growth there was hardly any woodland left. People needed to eat, and for this they needed fire and fuel, Vetaas says.

As Norway entered an era of national romanticism in the nineteenth century, there were cries to restore the forests. The result was a major reforestation project where Sitka spruce was imported from the American West Coast, and mountain dwarf pine from the Alps and the Pyrenees. Or, as Nobel Prize winning author Bjørnstjerne Bjørnson put it: «Cover the mountains with trees!», thus feeding the flames of Norwegian patriotism.

The Sitka spruce grows more than 50 meters tall and can live to the ripe old age of 700 years. This American giant literally dwarfed the indigenous species.

– In a forest dominated by Sitka spruce there is hardly any undergrowth. Just a little moss and grass, Vetaas says.

Money in the bank

The reforestation process continued into the twentieth century, when Norway finally gained independence. The Labour movement also made it one of the cornerstones of its politics to cover the country in forest. School classes were engaged in the planting of forests all over Norway, and the reforestation of the Bergen City Mountains accelerated.

– Planting trees was viewed as putting money in the bank for the next generation, who could make money out of logging.

In the aftermath of Norway’s oil boom, forestry is no longer particularly profitable for most people. There are however still voices calling for the planting of new forests, but now it’s more an issue of storing carbon and doing your bit for the environment.

Vetaas has no issue with the greenery of the Bergen City Mountains not being indigenous to the area. He would however like visitors to know that the trees and bushes in the local mountains are a result of nurture rather than nature.

– It’s been intriguing to get an overview of what really is growing in our mountains. Most people probably believe that it is all created naturally, but I believe one must tell people that the City Mountains, and particularly the Fløyen mountain, are actually a park with over 12 different needle trees planted along the walking paths.

Hypothetically speaking, Vetaas believes that it would be possible to get rid of the entire imported conifer population in these mountains. In this case, birch trees would naturally take over within 20 years, and the Scots pine would dominate in half a century.

– This would however be an unbelievably expensive project, and I doubt that many politicians would argue for this type of use of public funds, he says.

Vetaas himself loves to visit the City Mountains, both as a private person and professionally, as there is always something new to discover for the curiously minded.

– I love to cross Vidden, the plateau between the mountains of Fløyen and Ulriken. When I’m up on the mountain, I feel elevated – both mentally and physically. Standing on top of the mountains looking down on Bergen, I always think: what a beautiful city this is! Very few cities have such amazing scenery. 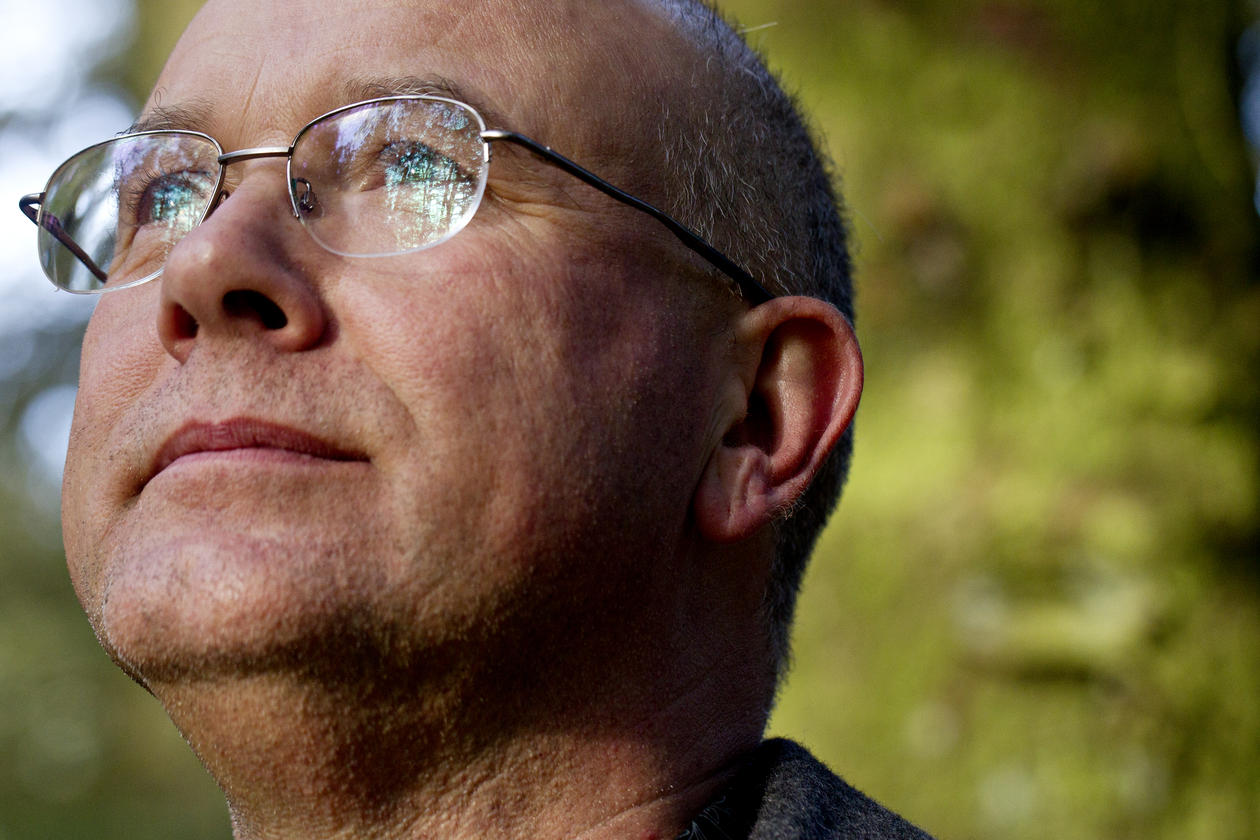