Insomnia and sleep apnoea are turning us into major health service consumers, causing us to be less productive at work, and may even lead to serious accidents.

If you can’t sleep at night, you’re not alone. Around ten per cent of the population suffer from insomnia, where you have trouble falling asleep, wake up frequently at night, and still feel tired when the morning comes.

– When you feel tired and indisposed, your performance at work suffers, says Børge Sivertsen, professor at UiB’s Department of Clinical Psychology and senior researcher at the Norwegian Institute of Public Health.

Sleep apnoea is a more severe problem, affecting four to five per cent of the population. Sufferers can stop breathing for up to 40 seconds several times during the night, putting a huge strain on the heart. As a result, they have many micro-awakenings that stop them from reaching deep sleep.

According to the sleep scientist, a recently-published study from the United States puts the annual losses from insomnia alone at 63.2 billion US dollars annually. Only a third of this was due to actual absence from work; two thirds was due to a loss in productivity while at work.

– An Australian study found that about two per cent of Australia’s GDP is lost due to sick leave caused by insomnia and sleep apnea disorder. This shows how common these diseases are and how much they affect work, Sivertsen says.

Danger on the roads

In their own ways, each sleep disorder also has a strong impact on accident statistics. For example, lorry drivers have sedentary jobs, and this increases the risk of developing obesity and sleep apnoea.

– The disease is a major cause of the many traffic accidents on American roads, Sivertsen says.

As for insomnia, drug use can cause problems. Sivertsen’s studies show that sedatives can cause users to feel less rested during the daytime.

– Sleep medication may work in the short term, but after six weeks of use we noticed a decrease in deep sleep. Sleep may be uninterrupted, but you may not necessarily get quality sleep, he says.

Testing every treatment there is

– When you feel bad, you will try every treatment there is. There is an overconsumption of alternative methods amongst insomnia sufferers. They often consume too much alcohol and visit their GPs, psychologists, physiotherapists, and chiropractors more often.

– Several recent studies show that the Internet can be used to offer good and cost-effective methods of treatment. This is particularly true in areas where sleep centres are few and far between, he suggests. 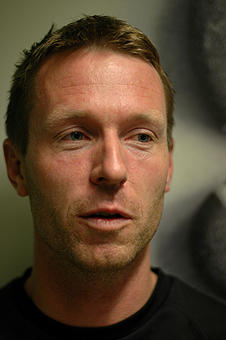