Rector Sigmund Grønmo looks with satisfaction at how UiB has contributed to capacity building at our collaborating universities in the south.

When UiB’s Rector Sigmund Grønmo visited Ethiopia, South Sudan, and Uganda on an official trip to the three East African countries in February, he was building on the long-standing ties between the Norwegian university and its partners in the region.

“There is a long and great tradition of global commitment at UiB,” he says, “and development-related research has long been one of our university’s focus areas. So all these collaborations sit well with UiB’s ambitions and vision, as well as our interests and traditions.”

Grønmo is full of praise of the early pioneers of collaboration between UiB and universities in the south.

During his visit in February, Grønmo took part in the celebrations of 25 years of collaboration between UiB and Makerere University in Kampala. He also signed a new agreement with the Armauer Hansen Research Institute and held talks with Addis Ababa University to further strengthen the research collaboration and exchange programmes with UiB’s Ethiopian partners.

In the past decade, many UiB researchers, administrative staff, and students have participated in two NORAD sponsored research and aid programmes called NOMA and NUFU.

“Capacity building projects, such as NUFU, have been perfectly suited for the goals of UiB,” says Grønmo. “This was vital for the development of our relations with, say, Makerere University.”

He points out that this collaboration has extended way beyond traditional research and education.

“One of the great things is that this is not restricted to a few academic disciplines, but is happening across the board at UiB,” he says and in particular pointing out how the collaboration with Makerere University has shown how a good collaboration can grow.

“What we have seen with Makerere is that what started with a few subjects within fields such as global health has grown to encompass all faculties at both Makerere and UiB. Add to this that most of our administrative units as well as the University of Bergen Library have been involved, and you begin to understand how big this is.”

Grønmo points out that the administrative walks hand in hand with the research and education when it comes to capacity building.

In his eight years as rector, Grønmo has travelled extensively, trying to keep up with the work done on all continents by UiB researchers. This has also meant building relations with Norwegian diplomats around the world. A work Grønmo points out is of the outmost importance.

“What we see when we meet people at Norwegian embassies and consulates is how much emphasis is put on research and higher education,” the rector says and points out that this is of particular importance in major recipients of Norwegian aid money. “Research and education are key factors in building capacity in developing countries and for reaching a long-term solution to get more people out of poverty.”

Grønmo points out that the embassies are great partners for UiB to get visas for various countries. But the collaboration between UiB and Norwegian diplomats can also be of a very hands-on approach, as he gives us an example of how this can work in practice.

“In Ethiopia, the Norwegian embassy helped us transport dentist chairs from our old dentistry building. Dentist chairs that are now being used to educate dentists at Addis Ababa University.”

With NUFU and NOMA finished, NORAD last year released seed funding for a new so-called capacity building programme called NORHED. With almost 40 applications for the NORHED projects, UiB is once again leading the way in Norway when it comes to development-related research and education.

Grønmo is intrigued by the potential for many NORHED projects with UiB’s partners in the south, and this was also one of many important topics discussed on his trip to Africa in February.

As for the last point, Grønmo in particular has high hopes for the collaboration between Makerere University and the University of Juba, where he hopes for an effect where UiB’s capacity building at Makerere will naturally extend further to Juba.

Information on who will receive NORHED funding will be made public in early July 2013. 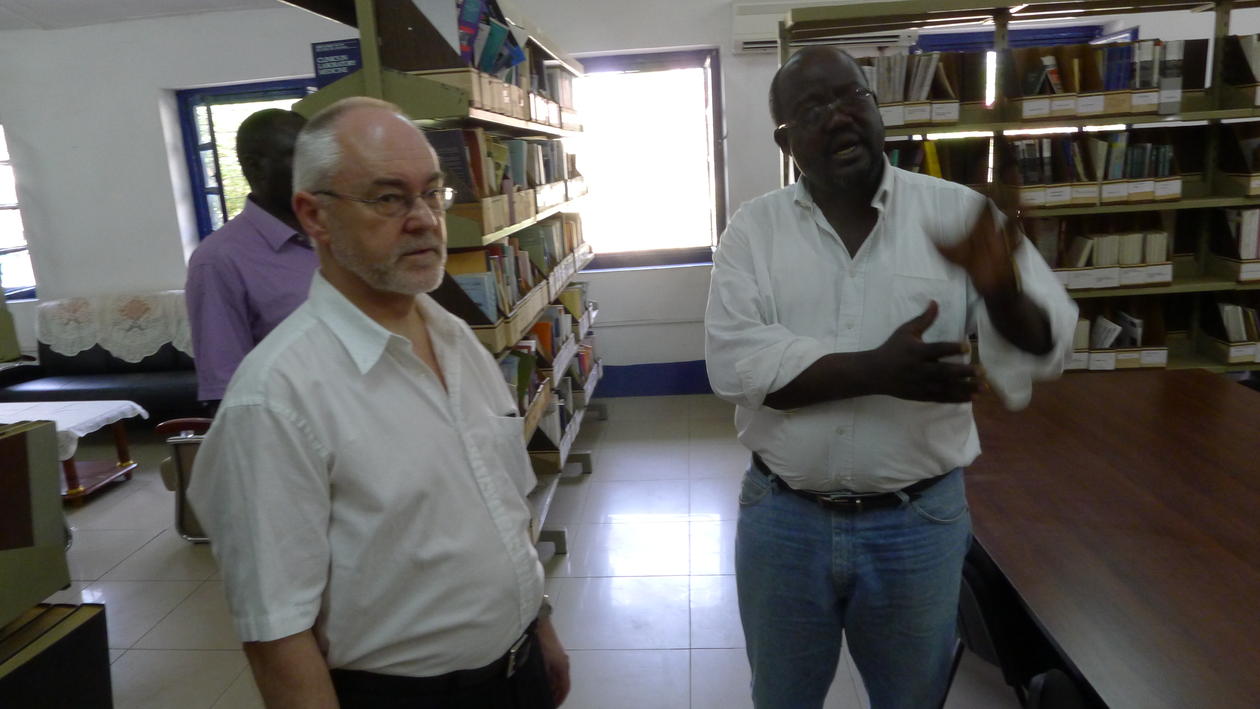