The job market will need even more academics in the future, especially economists and science graduates.

The UiB has worked on the Competence 2020 project for a year now.  The project is a survey on the relevance of university education, and society’s need of further education for the labour markets of the future.  The aim of the survey was to find out which type of labour will be in demand, and how the university will meet these demands.

The first impression of the survey is a positive one, according to UiB’s Vice-Rector for Education, Kuvvet Atakan.

- It’s interesting that trade and industry has a high regard for the very same values that the university is founded on.  The basic academic values that promote independence and critical thinking, professional and theoretical knowledge, are also highly thought of by employers.  This shows that we are on the right track and that we fulfil their expectations, says Atakan to uib.no.

The second interesting discovery is that Bergen’s much spoken about brain drain, doesn’t exist.  The survey shows that there is an increase in the number of workers, with higher education, that are coming to the Bergen region.  Whilst 39 percent of all UiB graduates come from Hordaland, 45 percent remain in the Bergen area.  4.5 percent move to other parts of Hordaland, so half of all UiB graduates remain in the county. (Diagram 1)

Legal practitioners and social scientists are the exception.  They tend to leave W. Norway when they graduate, to find relevant jobs.  The regional job market for university graduates in W. Norway differs from that in Oslo and Trondheim.

The job market for knowledge-intensive industries in Hordaland is the same as the national average.  It does however look as though most of the university educated candidates manage to find relevant work.

- There has been an explosion in the number of people that have higher education.  We have an increase from 11 percent in1980 to 26 percent in 2009 and supply has managed to keep pace with demand. Society is developing at a furious pace and needs a competent workforce.  Our survey indicates that this development will continue, and most of it will be in the private sector, says Kuvvet Atakan.

A wish to chart societal demand for higher education and how universities will deal with the issue is the background for the Competence 2020 survey.

- Earlier candidate surveys haven’t given a clear picture of what we should be focusing on.  We want to find out which type of competency employers will actually need in the future and if what we produce at the university meets their expectations, and also how industry and our own employees see the matter, says Atakan.

The survey is special because it approaches these questions from both angles – that of industry and that of the university.  One asks how the university can contribute regarding the future demand for competency.

Ideas2evidence is the Bergen-based company that carried out the survey.  The data in the Competence 2020 project is based on employer surveys, employee surveys and qualitative interviews.  New analyses of the Career Centre’s Candidate Survey in 2007 and 2009 plus NIFU-STEP’s national candidate survey in 2009, and an analysis of government employment statistics, come in addition. A total of 1100 researchers and 600 companies from W. Norway and the Oslo region took part in the survey.

Competence 2020 will be rounded off with a 130 page report, and the results from this will be the starting point for the national conference “Competence 2020 and the Profile of the Bachelor Degree”, which UiB is arranging on 8th April.

The report was presented to UiB employees and students, on the 15th February, in Auditorium 2, at Dragefjellet at 12:30. 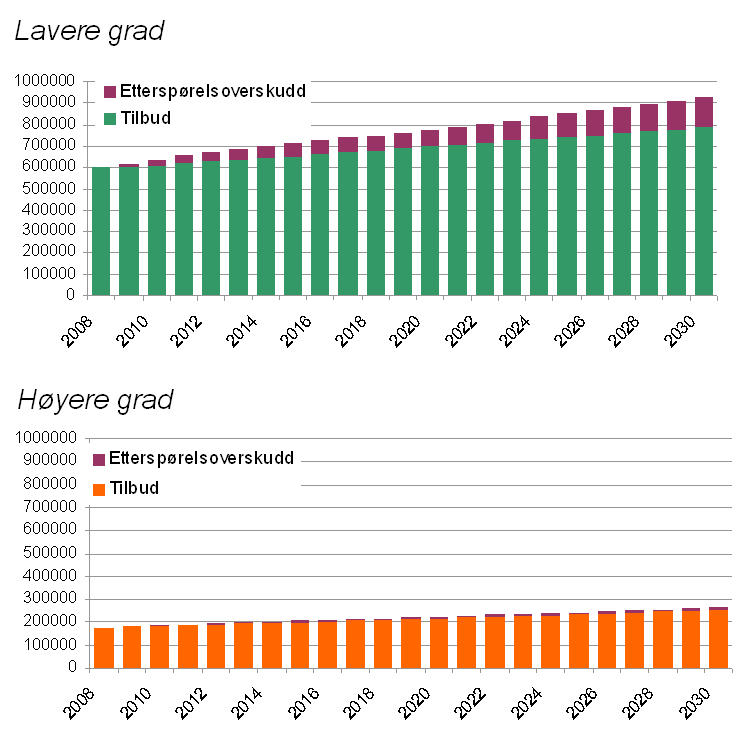 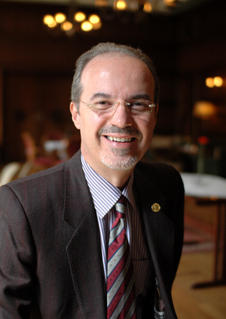