When Christopher Henshilwood developed a new understanding of humankind's early history, he was really looking for something else.

Nevertheless, that's what he found.

When Henshilwood first encountered Blombos Cave, it seemed anything but spectacular.

A rangy South African, Henshilwood had spent the summer of 1991 walking the coastline he knew from growing up nearby. He was looking for archaeological sites for use in his PhD work at Cambridge University, driving out in his battered old Range Rover for days at a time, scrambling up steep cliffs and lowering himself into cave mouths. Wanting to keep equipment to a minimum, Henshilwood slept rough those weeks, in a sleeping bag, gazing up at the South African skies.

The cave mouth at Blombos is about 35 meters above sea level and a steep climb from the rocks below. The entrance was only a meter high, so Henshilwood had to get down on his knees to crawl into the gloomy cave. Plunging his hands into the sand, he found several sorts of seashells – all edible, such as abalones, periwinkles, gastropods, mussels, and limpets – which meant that humans had once stayed there.

He later discovered, after formal excavations had started, that buried even deeper in the yellow sand were spear points and bone tools from the 75,000 year old mid-Palaeolithic Still Bay period. Knowing that he didn't have the time to deal with this find in his PhD, Henshilwood decided to return later.

Identity in the Stone Age

– At that time, nobody knew how old the Still Bay was, and no one had done any work on it for forty years, says Henshilwood.

His findings soon sparked a new interest in the Still Bay period. Where some researchers had even questioned its existence, the period suddenly looked a hotbed of activity. Abstract engravings and sophisticated bone tools were only part of the findings in Blombos Cave, along with beads used for personal decoration. In the Still Bay period there were maybe 7,000 Homo sapiens in the whole world.

– 100,000 years ago, people were capable of complex behaviour and language. If you can't communicate, then the symbols would have no meaning. Symbol use depends on a group discussing the meaning of the symbols, so language must have developed in tandem. This is quite modern behaviour in such an early stage of human history, Henshilwood says.

But then something quite unexpected happened. All traces of human symbol use disappeared.

The findings disappear, at any rate. Heat-treated pressure-flaked spearheads, for example, which won't show up again until 50,000 years later, in France. Traces of symbols appear earlier, in the phase known as Howiesons Poort, but this is still about 5-10,000 years after Still Bay.

Researchers still don't know what this signifies. There were huge climactic changes at the end of the Still Bay period, and part of the research done by Henshilwood and his team deal with these changes and what they may have signified for Homo sapiens at the time.

Henshilwood believes that humans have a great ability to adapt to a changing climate. He has a theory that the people didn't lose their ability to develop skills, but that the periods of high innovation disappeared.

– Perhaps there was a dramatic decrease in the number of humans. If you don't need to communicate with other groups, you don't need sophisticated symbols. In times of crisis you need more complex technology; at other times you just make do with what you have. Technology goes in waves, rather than a straight, upward-pointing curve, he says.

Today, excavations are being done both in Blombos Cave and two caves at Klipdrift in the De Hoop Nature Reserve. Combining state-of-the-art climate simulations with findings along the coast, researchers hope to shed light on what really happened to the makers of the symbols.

– We are looking at all possible aspects to put together a story that seems feasible, Henshilwood says. 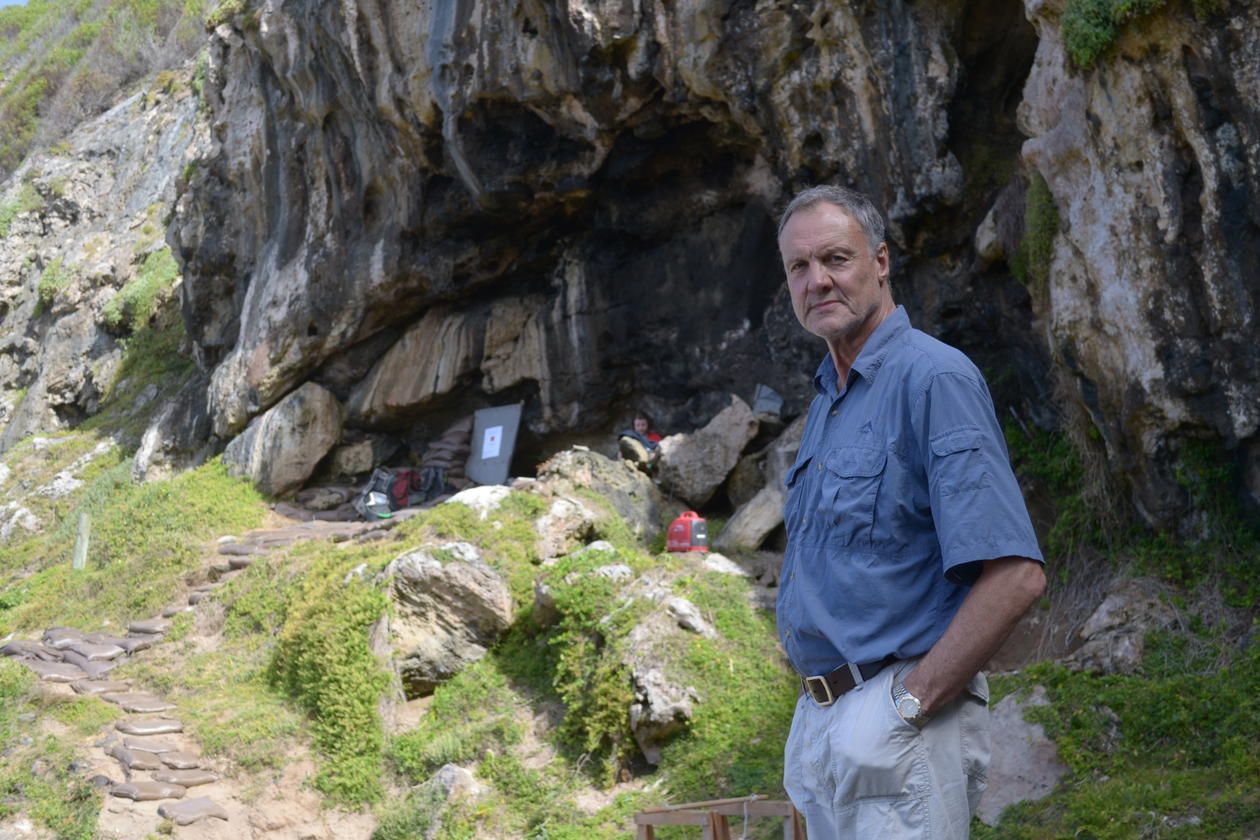