The Norwegian legal system is currently going through greater changes than at almost any other time in history.

According to Law Professor Jørn Øyrehagen Sunde at the University of Bergen (UiB), the changes Norwegian law is going through right now may be greater than the great reforms of the 18th Century. Even greater maybe than those of the 13th Century. Øyrehagen Sunde thinks of those eras as «turmoil periods» for Norwegian judicial culture – periods where our sense of right and wrong was altered completely.

The changes taking place today are similar in scope, if Øyrehagen Sunde is to be believed. But whereas previous changes have been connected with the construction of the nation state, the cause of the current upheaval is that part of our judicial control is being transferred to supranational bodies such as the European Court of Human Rights and the European Court of Justice.

– Norwegian bureaucracy is letting go of its control because so much of its legitimacy, authority and power is transferred to pan-European bodies, Jørn Øyrehagen Sunde says.

A legal culture is a shared experience that arises through ideas about the law and how our expectations of the law are evident in practice. But a legal culture will also reflect and change with a society’s culture and politics.

– In the 13th Century, the spread of Christianity led to a fundamental change in societal values. The other major change is the creation of the Norwegian national state, as represented by the Crown and the Church, Øyrehagen Sunde says. – In 1274, Norwegian King Magnus Lagabøte introduced a completely new set of laws. These included an abolition of retaliation laws, which up until then were central to conflict resolution.

In the 18th Century yet another complete reshaping of Norwegian law took place.

– First of all, natural law as moral philosophy takes over as a secular surrogate for Christian morality. Then there is the rise of the bureaucratic state. The new state is capable of stricter control and is present throughout Norway. Once again drastic changes in legal practice ensue.

How about now? Are the changes so great that we can call this a third «turmoil period» in Norwegian legal culture? Øyrehagen Sunde believes it is too soon to tell, because we are in the midst of an upheaval that has yet to reach its natural conclusion. But he believes that the signs are there.

– For this to be a true «turmoil period», all of our legal culture’s moments need to shift. 100 years is a short period in this perspective. But only about 50 years after the establishment of the EU and the Council of Europe, we see great upheavals. Most countries in Europe change their laws to fit in with the European Court of Human Rights and the European Court. It is extremely radical for a nation state to leave the production of legal norms to an external court of law, and one that is essentially uncoupled from the nation state. We have never seen anything like this in legal history, Øyrehagen Sunde says.

Communication has been a driving force whenever the legal culture has been in turmoil. In the 13th Century, increased writing skills enabled the state to be run differently from before. In the 18th Century, printing led to distribution of identical books of the law. Now there is the Internet.

– When I studied Law in the 1990s, only two Norwegian libraries held the complete EU legislation – in Oslo and here at UiB. If you wanted to know the EU law relating to tenders, you had to travel to Oslo or Bergen to read a paper copy. But think about how much municipal work is put out to tender now! As a local attorney in say Stjørdal, you can now get this information directly from a database. Communication shapes our legal culture because communication creates community, Øyrehagen Sunde says.

Do you have any concrete examples of European laws having a specifically positive or negative effect on Norwegian society?

– EU association has led to a dynamic evolution of Norwegian competition law. In Norway we thought things were as good as they could get, whereas the EU has free competition as one of its stated aims. On the other hand, the worst thing about EU law is all the control mechanisms, part of the very same competition laws. There is an obsession with rules and regulations and a monitoring of all walks of society. This means that we soon will have more bureaucrats than university teachers and health care professionals. Many of these rules are about control, not about creation. There are rules that make the life of the individual safer, but the very same development leads to extreme bureaucracy that threatens to stifle the individual, Øyrehagen Sunde suggests.

A shared culture of law

– Conflict resolution gives Europe a shared ideal of justice, and a common method. This is new. EU sentencing also becomes the new legal norm in Norway. In 2010, Norway’s Supreme Court decided to defer decision in a court case until the European Court had ruled on a similar case. This is a radical departure from the past. We are about to develop a parallel legal culture in Norway. This new legal culture is linked strongly to the EU and we cannot detach from this. It is a very specific design – we both keep and let go of our independence. Norms are no longer necessarily created by Stortinget (the Norwegian Parliament, ed.) but by the EU courts.

How can this shift take place? Is Stortinget actively pushing itself onto the sidelines?

– Not according to the Norwegian Constitution. But when we decided to accept the European Declaration of Human Rights and entered into the European Economic Agreement (EEA), there was a shift where Norway approved of future legal norms. In theory we have the right of veto regarding EU law and we can leave the Council of Europe and the EEA, but that’s unthinkable in practical terms. We have entered into a marriage, so to speak, and are committed for the foreseeable future. And we’ve done this without knowing what is up next, Øyrehagen Sunde says.

EU is the new God

The enormity of the norm production in the EU and the intricate ways that connects Norway with this pan-European system makes it inaccessible and non-debatable to the common man. Øyrehagen Sunde believes this lack of debate has major implications, because there is a shift towards the legal culture setting the parameters for politics in general.

– Sometimes I feel that to discuss these issues in the public sphere is like living in the Middle Ages and claiming that God does not exist. Because everyone knows that God exists. And this is how our system is developing. We can’t say publicly that we don’t want control mechanisms and bureaucracy, because we all know this is how it politically needs to be. EU and the human rights is our new God. But neither the EU courts nor the human rights are anything but cultural products, created by and for human beings. If we don’t open up to discuss these issues, a vital part of our democracy is lost, Professor Jørn Øyrehagen Sunde says in closing.

This article is translated from UiB’s research magazine Hubro. In its November 2011 issue Hubro focused on the topic «Judicilisation of Society». This is the last in a series of five articles. Translated from the Norwegian by Sverre Ole Drønen. 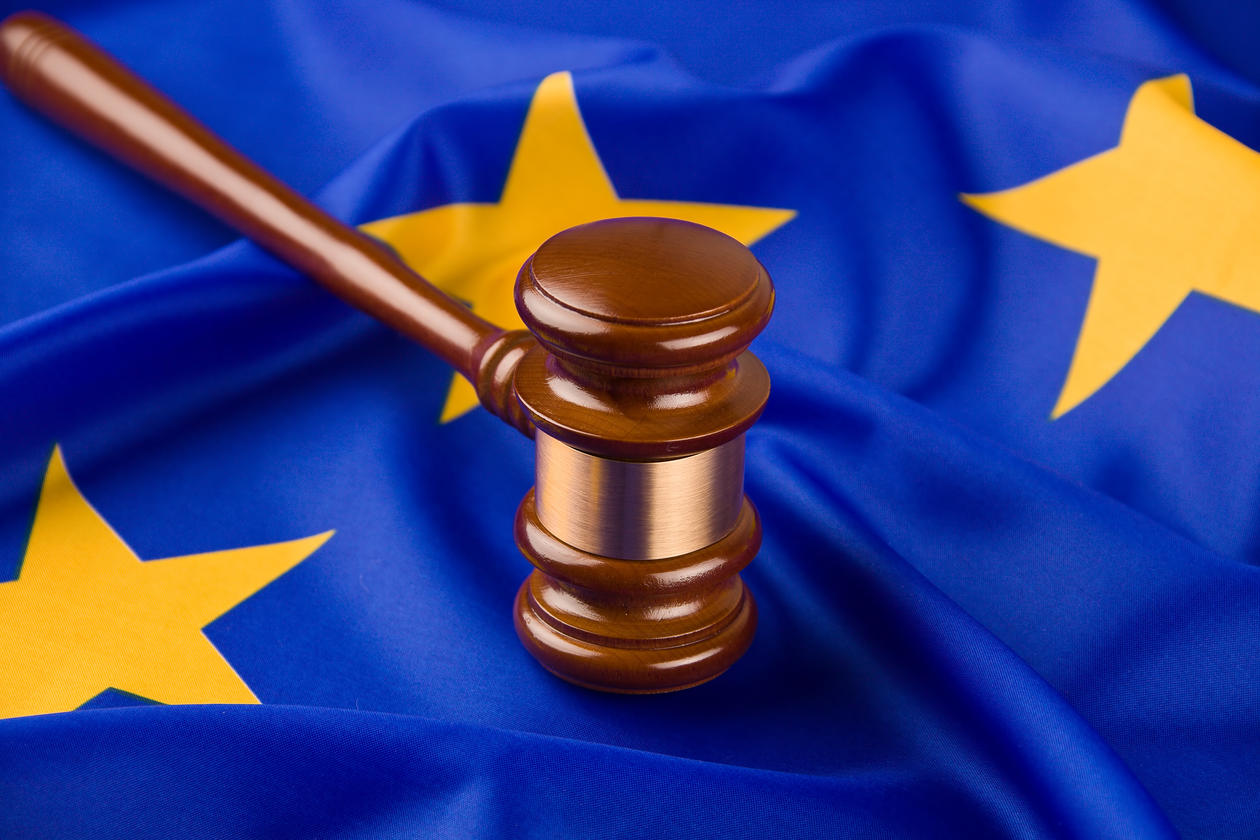 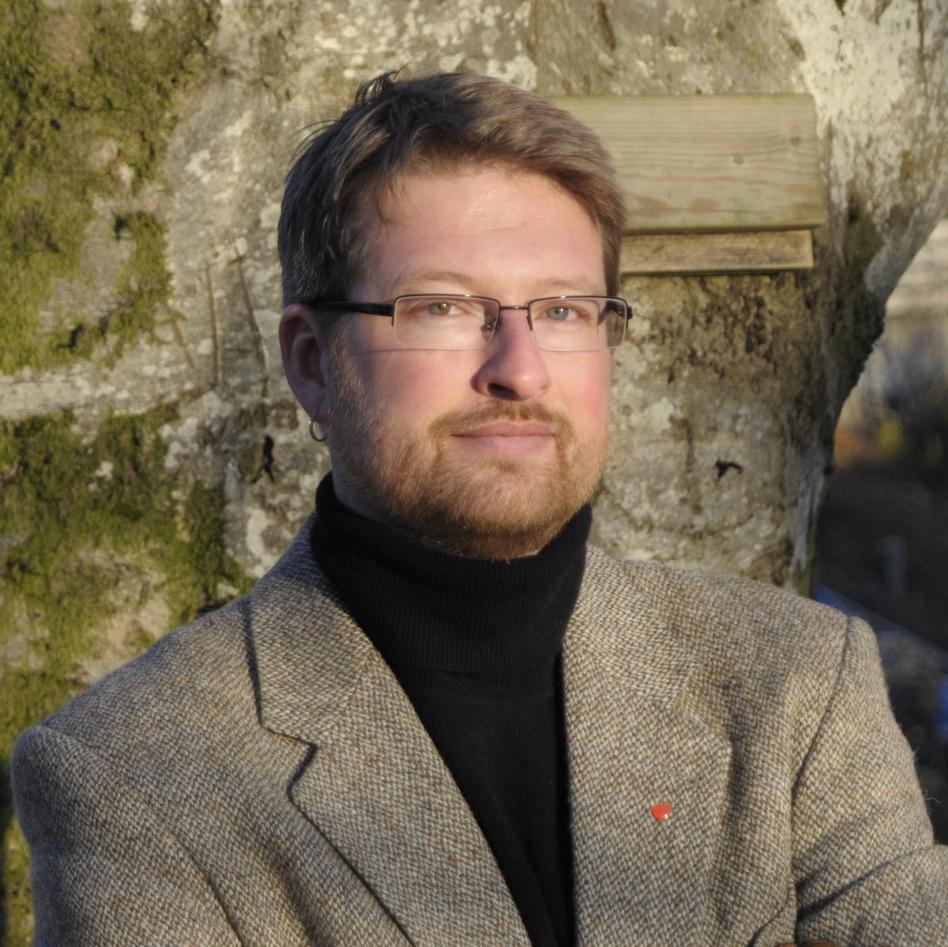