The stated goal of Criminal Law is to punish the offender. But it is unfortunate that we know so little about the origins and workings of this piece of legislation.

Jørn Jacobsen is on a mission. He is Post Doctor at the University of Bergen’s Faculty of Law and has enthusiastically and single-handedly embraced the Herculean task of assessing the foundation of Norwegian Criminal Law.

– Many of the terms used in Criminal Law – such as intention, damage and liability – are not clearly defined. Arguments are sometimes used without explanation. Support is found in a sense of what works and what is helpful. There is scepticism about getting to grips with the terms and I believe this has drained criminal science of theoretical resources, Jørn Jacobsen says.

–We struggle to come to terms with new sets of problems. In the past, the world was more homogeneous. Now the courts handle more external problems, passed on from the EU and the UN, and we don’t always know how to deal with all of this.

Jacobsen believes that Criminal Law works well with the pragmatism present in the legal system. But in criminal science, vague basic concepts are not enough. Legislators often act under pressure, on sometimes flimsy evidence and with political interests at stake. For society at large, there is no guarantee that legislators will make the right decisions. That is why legal science needs to address Parliament’s shortcomings.

– In Norway there is no tradition for legal science to overrule Parliament. But this restricts the perspective of legal science, Jacobsen believes. – We may end up administering laws that do not add up.

In his research, Jacobsen has created themes for the pillars of criminal justice and built connections to related sciences, in particular political philosophy and moral philosophy, so as to create a basis for criminal law. This has earned him praise in many quarters and in 2011 he was awarded the Nils Klim Prize for young researchers.

What do we want to achieve with today’s criminal law practice?

– To put it simply, criminal law is a tool to deal with serious social issues. There is a cocktail of slightly differing objectives. Such as preventing new crimes, reaction to criminal behaviour and maybe some degree of rehabilitation. This is classical pragmatism. Taking into account the present and trying to balance various factors.

And most people are satisfied with Norwegian criminal law – apart from the majority who in polls suggest that they want harsher penalties.

– It’s true that most people who are never in touch with criminal law are satisfied. But one needs to ask what measures to use to evaluate the system. There is a danger that the system creates its own truths and is disconnected from the general social and political debate, Jacobsen says.

Privilege of the state

He finds it interesting that criminal law is the legal area where the state has most leverage and less of a tradition for international ties. Developing criminal law has been the privilege of the state and this is mirrored by the fact that crimes against the state are considered to be particularly severe. Norway’s political stability has never made it necessary to debate the role of the state in detail.

– The Nordic countries are orderly societies with a high degree of social trust and low crime rates, with a relatively humane criminal law as a result. But as laws come in line internationally, the Nordic countries are not at the forefront of developments. One of our problems is that we haven’t made it clear to ourselves why we do what we do. This weakens our position towards the international community. Our only argument seems to be «it works for us», Jacobsen explains.

Does this imply that no-one in Norway has taken basic responsibility for developing criminal law?

– That may be one way of putting it. Of course there has been a great deal of work on criminal law science in Norway, but the research community is small. Norway lacks a tradition of testing criminal law science mutually as opposed to what one finds in disciplines such as philosophy, psychology and sociology. I believe this has been a great loss. You don’t have to oppose theory even if the research community is tiny.

Jacobsen believes that it is extremely problematic to use single cases as the basis for general legislation. Still this happens a lot. Like anti-terror laws that were passed in the last decade, with relatively little public debate.

– The new terror laws are based on a view of humanity that is problematic. When you think about it, our society is working surprisingly well. A negligible minority perform serious criminal acts. But we see that when tragedy hits, emotions abound and politicians jump on the bandwagon. This leads to a downward spiral that is sometimes hard to stop. Of course politicians have a responsibility to make society safe, but they sometimes struggle to get the balance right.

The anti-terror laws were passed in a tsunami of international decisive action after the attacks on the Twin Towers on 11 September 2001. Barely two weeks later, the Security Council passed a resolution that instructed the UNs member countries to criminalise terrorism. The Norwegian government politely obeyed by passing temporary anti-terror laws in the interrim before the inauguration of the new Norwegian parliament, which had just been elected the day before the terrorist acts took place in New York.

According to Law Professor Erling Johannes Husabø, there was more or less no debate back then on the principles underpinning these anti-terror laws.

– The UN Resolution was presented one day and passed the next day. For Norway the main principle was to comply with its international obligations. In this temporary arrangement, the Norwegian government copied the Security Council’s wording where planning or preparation of terrorism was criminalised. I found this unfortunate because there is no concrete explanation of what is criminal in this. One can argue that to read certain books, visit certain webpages or at the extreme buying matches may be a criminal offense.

The law was roundly criticised and before the terror sections were made permanent the next summer there was a limitation so as to only criminalise the creation of terrorist groups.

– I believe this is defendable, because this takes the letter of the law out of the private sphere. If you make a terror deal and regret it the next morning, the rest of the group may still proceed with the plan. You no longer have full control of the outcome and there is reason to believe that it can evolve to a criminal act, Husabø says.

After the terror attack on Utøya and in Oslo last summer, then Minister of Justice Knut Storberget said that he wanted to look at options for criminalising people who single-handedly commit acts of terror. Husabø believes a new discussion about anti-terrorism laws is imminent.

– In one case, three men were arrested in 2010 and are now being charged with the planning of terror acts. It may be that the case against them will show how hard it is to prove that a deal was struck. This case can reveal problems for the prosecution and may spur refreshed debate, Husabø says.

Jørn Jacobsen points out that if we try to use criminal law to eliminate risk, we may end up with a society of disempowered citizens.

– Our society is built on the belief that the individual can decide what is right and what is wrong. In this lies a freedom for people to mature as human beings. In a world where the law doesn’t leave any scope for people to learn right from wrong, people will be less inclined to develop into responsible human beings. The risk is for a society where the moral codes for right and wrong are replaced with what is allowed and what is not allowed. But human beings don’t reflect on morality unless they are faced with the choices and arguments at hand and decide for themselves where they stand.

Research needs to address this

Jacobsen also believes there will be a debate about criminal law after the terror acts of 22 July 2011. He thinks legal science needs to engage in the debate. For instance when it comes to the question of punishment.

– All empirical evidence shows that punishment itself is not a deterrant, but whether or not people believe they will be caught. This line of arguing needs to be disclosed. We can never eliminate the risk of something like 22 July happening again. We need however to have a principled debate about what results to expect from different measures. Putting individual responsibility centre stage and not the threat of being punished by the state, may yet give us more legally competent citizens, Jørn Jacobsen says.

This article is translated from UiB’s research magazine Hubro. In its November 2011 issue, Hubro focused on the topic «Judicialisation of Society». This is the fourth in a series of articles on the topic. 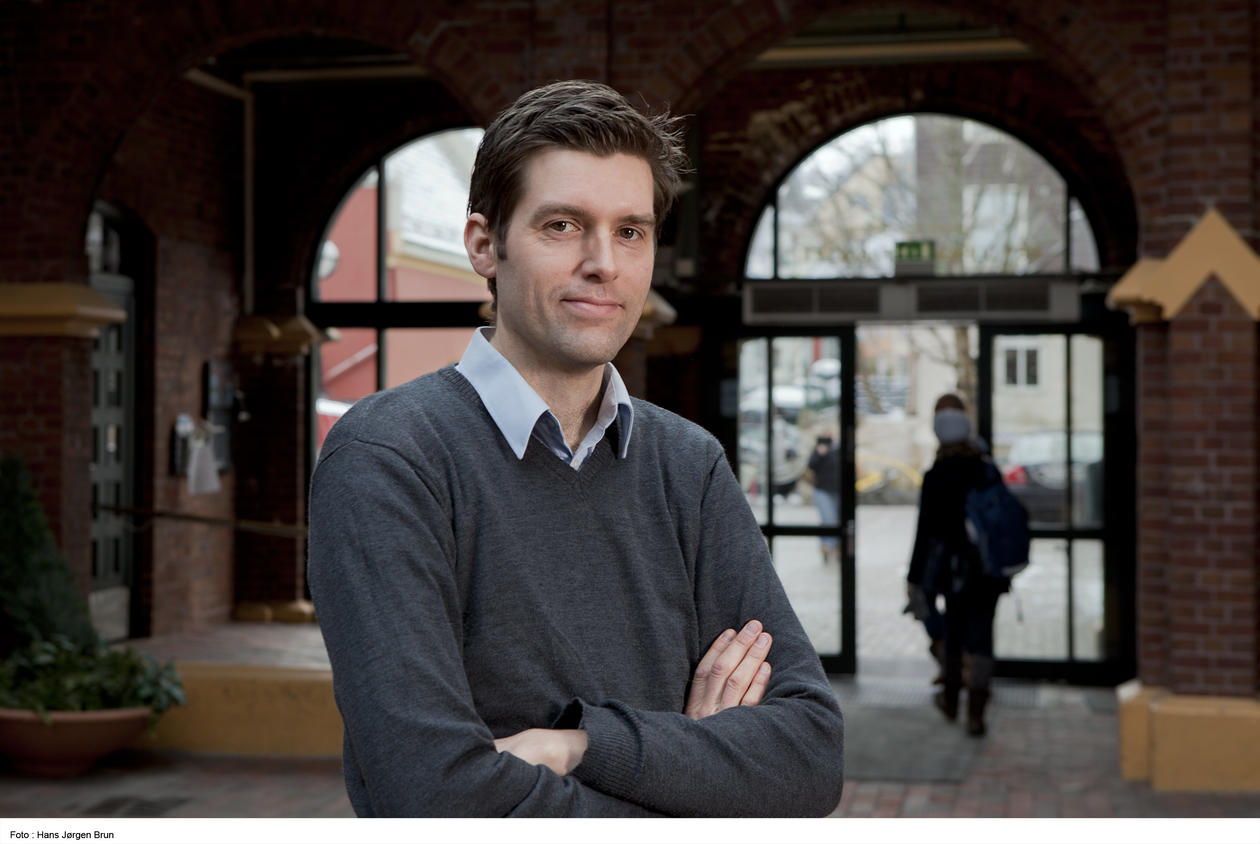