– Three hundred million people will become climate refugees by 2050. This will lead to political changes in Europe, thinks Atiq Rahman, director of the Bangladesh Centre for Advanced Studies.

Rahman has done the equation many politicians are reluctant to do. The number of refugees each country in the West must accept based on greenhouse gas emissions per capita.

– I have made estimates and can tell you how many people Norway must accept. This is not popular, says Rahman, who doesn’t want to focus on specific numbers.

Climate scientist Atiq Rahman visited the University of Bergen earlier this month, after also visiting the Nansen Conference in Oslo. Rahman has a Ph.D. in Chemistry and has taught at the universities of Oxford and Aberdeen for more than ten years. He is also one of the main authors of the International Climate Panel’s third assessment report and participated in work on the fourth.

– Someone in Oslo was joking that “global warming is something we want more of”. As researchers we have been unable to communicate the message that even a fraction of global warming will have serious implications. The scientists’ main message is about increases in temperature as such, whereas ordinary people are more concerned with extreme weather conditions, Rahman explains.

Rahman, who is from Bangladesh, explains that his home country will be hit by a temperature rise in seven different ways: Sea levels will rise, cyclones will occur more frequently, salt water will flood the fields, more floods, more drought, erosion of river banks, and erratic rainfall.

– A rise in temperature of only two degrees alone can cause production of grain in South Asia to fall by five to 20 percent. The global food market will change as a result of climate change. In recent years, food prices have seen increases of between 30 and 70 percent. The rich can pay, but the poor farmers who produce the food can no longer afford to buy the food they produced last year, he says.

Bangladesh Centre for Advanced Studies is cooperating with the Bjerknes Centre for Climate Research and the Nansen Environmental and Remote Sensing Center, both in Norway. The Bjerknes Centre has been using its own global climate model to produce model data at high resolution. This has then been supplemented by information from local field studies.

Researcher Michel d. S. Mesquita from the Bjerknes Centre has trained several local Asian nationals in the use of the climate model.

– Global models have low resolution and can not provide detailed information on smaller areas such as Bangladesh or Nepal. By using regional models with higher resolution we can track the monsoon season and how the sky systems will develop. This makes it easier for these countries to plan ahead when it comes to agriculture and water resources, Mesquita told academic quarterly Hubro in an interview last May (Norwegian language article only).

According to Rahman these models will be used to make the information applicable to ordinary people.

– One plus one is better than two in this context. The Bjerknes Centre and the Nansen Center possess an analytical capability that allows us to convert science into technology, Rahman says.

The climate researcher believes it has become a cliché that climate change is the greatest threat the human race faces. He compares it with the "prisoner's dilemma".

– No individual group can take on these challenges alone. We either all do, or we will only do it halfway. We need to talk to deal with these issues, he argues.

But Rahman is also aware that scientists do not always speak a language that outsiders can understand.

– Scientists are not always the best communicators. We are not so good at explaining climate issues to the politicians. We must become better at getting across to the politicians that even a little warming will have a serious impact.

At the same time Rahman is not very optimistic about the political system. When it comes to the US, he says that "for every Congressman, there are four lobbyists who persuade them not to do anything about climate change." 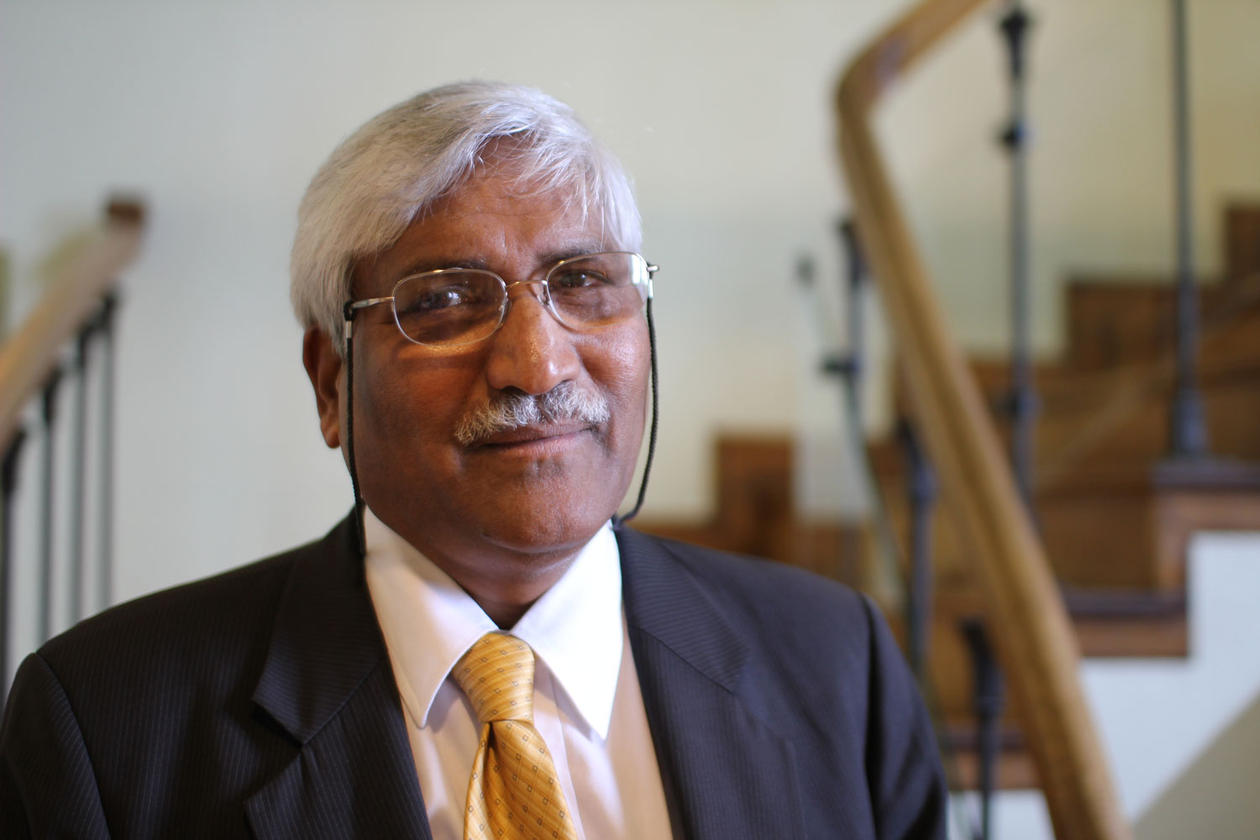