Nobel prize laureate Herta Müller’s books about life under the dictatorship of Nicolae Ceaușescu challenge both the limits of language and of reality.

“I was in Munich when it was announced that Herta Müller had won the Nobel Prize for literature in 2009 and I suddenly was called up by the Norwegian news broadcaster TV2 Nyhetskanalen,” says Professor Sissel Lægreid at Department of Foreign Languages, University of Bergen (UiB).

“They were searching in vain for a literature scholar to get a quote on Müller. Who on earth was this? And was Müller an obvious winner? This goes to show how unknown she was at the time to most people.”

Lægreid belongs to a select group of Müller connoisseurs in Norway. Along with another Müller enthusiast, Helgard Mahrdt of the University of Oslo, Lægreid is the editor of an Müller anthology – published in Norwegian and German.

In the anthology the duo bring together a host of writers and researcher, from the late Norwegian cult author Stig Sæterbakken to the translator of Müller’s work into Norwegian, Kjell Olaf Jensen, viewing the German-Romanian Nobel Prize laureate’s authorship from different angles.

“In her books, Müller deals with the timeless issues of surveillance, freedom and human rights. As a human being she is deeply ethical and engages in the fate of others well beyond her literary work,” Lægreid says.

Despite her enthusiasm, even Lægreid would not call Müller an easy read. Demanding may be a better adjective when describing Müller’s writing.

Lægreid compares Müller’s radical use of metaphors with the anxious and traumatic perceptions found in writers such as Franz Kafka and Paul Celan.

“You need to be acutely aware to pick up the nuances of her language. You have to accept the resistant language she creates,” Lægreid says. “Müller doesn’t simply give you her all, she makes demands on the reader as well.”

The aesthetics of resistance

Lægreid’s own contribution to the anthology is a discussion of Müller’s poetics and comprehension of language.

“She challenges the boundaries of the language and cultivates a form of resistance aesthetics,” Lægreid says referring to the repression Müller experienced at the hand of the Ceaușescu regime. “Her experiences trigger a unique strategy of writing, in which she challenges the semantic and logical boundaries of language. She challenges the distinctions between truth and lies. For Müller the idea of a native language is just a notion. She does not trust the language. Yet the very same language is all that she has to express herself, and this knowledge makes demands on her.”

The UiB professor uses the term autofictionality, a curious mix of fiction and reality, to describe Müller’s writing.

Lægreid suggests that Müller’s strategy of writing is like a game of linguistics, where the text as such is in German but where the Romanian language ‘writes along’ with the German and becomes an omnipotent presence. As part of this process, the Nobel Prize laureate invents new words that both reflect her minority cultural heritage and at the same time is deeply personal. Occasionally bordering on the private. As such, Müller is an acquired taste. 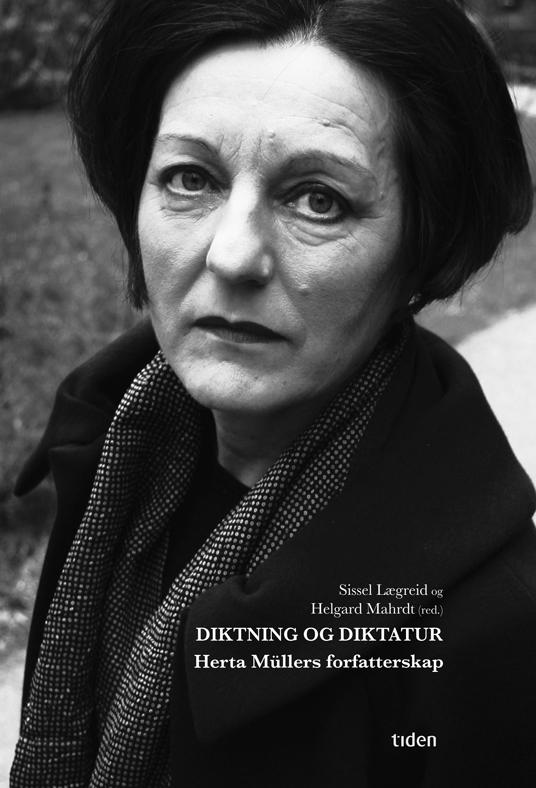 Author and Nobel Prize laureate Herta Müller on the cover of a Norwegian anthology about her writing.
Photo:
Tiden Norsk Forlsag