PACKED VENUE: Håkonshallen was packed with both people and excitement during the so-called doctoral promotion on 30 August 2013, where the new doctorates at UiB were honoured.
Photo:
OLE HENRIK KONGSVIK

By Walter WehusPublished: 03.09.2013
“There are those who suggest that we academics are disinterested in the wider public. Maybe it’s time for us to reclaim the public space,” was the question Tor Bang, one of the new doctorates asked in his speech before a crowd consisting of UiB’s new Rector Dag Rune Olsen, academic leaders and his fellow new doctors.

Bang’s PhD thesis was on the subject of propaganda, rhetoric and public theory, and he graduated at UiB’s Department of Information Science and Media Studies at the Faculty of Social Sciences. In his speech, Bang emphasised the social responsibility of researchers.

“There are those who accuse academia for being uninterested in – and uninteresting for – the world outside our walls. We need not wait for the Norwegian Broadcasting Corporation (NRK) or Morgenbladet to catch up with us,” he said referring to Norway’s national public broadcaster and a weekly news, arts and comment periodical.

“There is no shortage of channels for us to spread our knowledge. Granted, there may be no publication points for participating in an article on Wikipedia,” he said before adding. “But we may get in touch with sensible people outside of academia who provide us with fresh insights and new methods to develop knowledge.”

He urged his fellow new doctors to make more use of social media.

“A doctorate is the premier education we can give our students. The doctorate has a long and strong academic tradition. At heart it represents what science and research is really all about,” said Rector Dag Rune Olsen in his speech.

Egil Alvsaker took the first doctoral degree at UiB in 1949. Back then only one or two people a year defended their PhD thesis. The first female PhD at UiB was Thora Hartveit in 1964.

Since the early days of UiB there has been a steady rise of PhDs at the university and new records are set all the time. And with 155 PhDs in one semester a new record has been set.

“Maybe some of you will be frustrated by all that you still feel you don’t know, even after finishing your doctorate. There is no reason for despair. Clearly you are experts in your field,” Rector Olsen exclaimed before ending his speech. 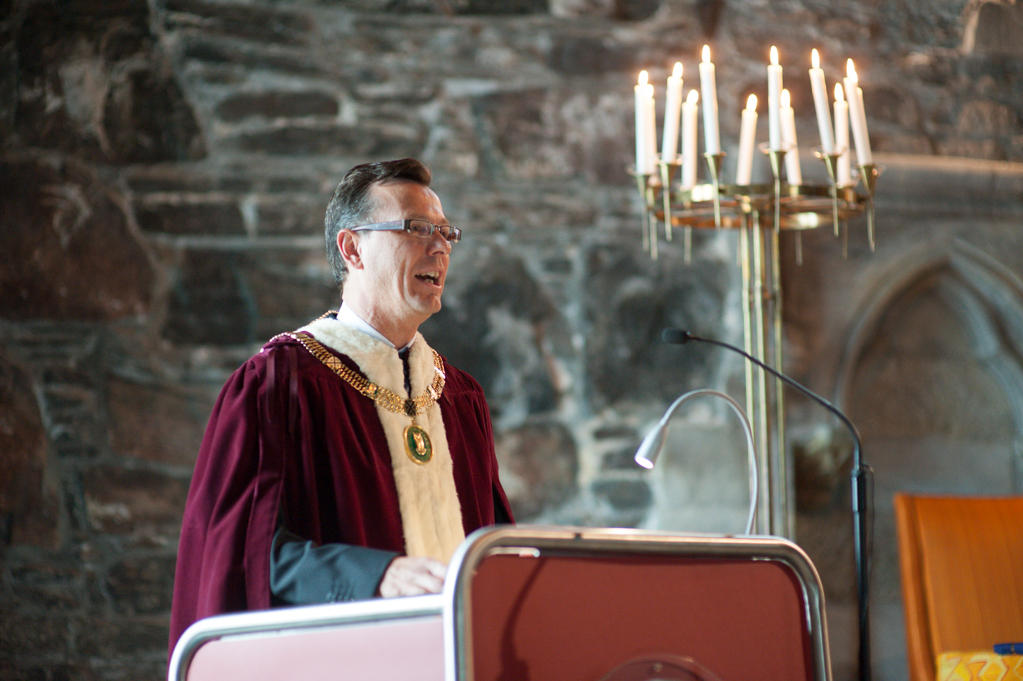 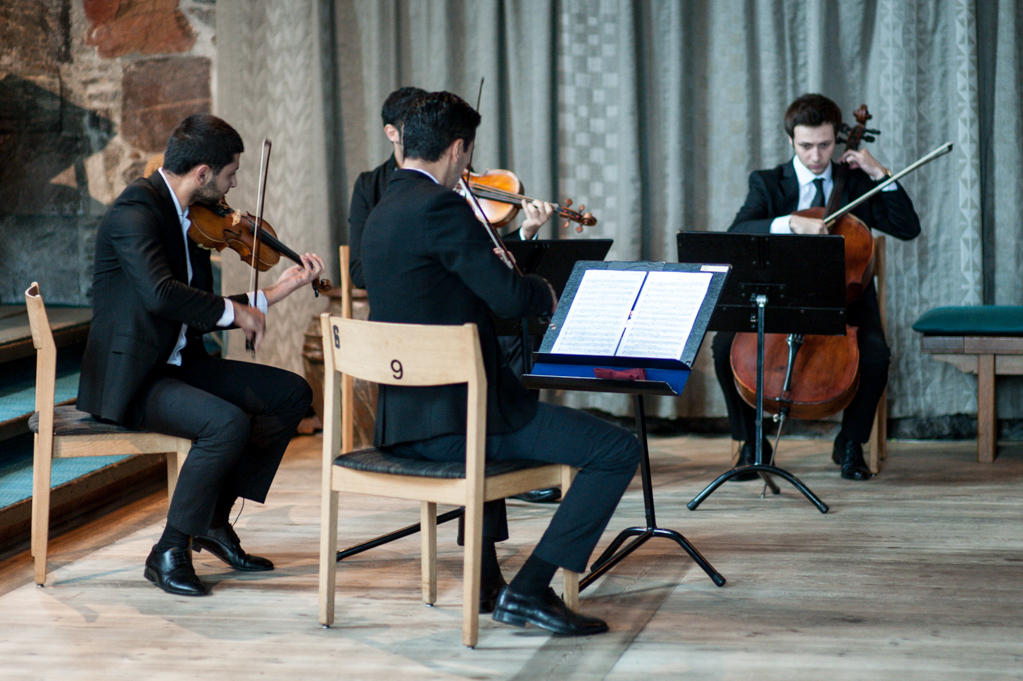 MUSIC SNACK: Students from the Grieg Academy performing for the guests and new doctors at Håkonshallen.
Photo:
OLE HENRIK KONGSVIK