A trauma for life?

Researchers use brain scans to look at potential traumatic effects on the young people caught in Norway's biggest terror attack since WW2.

SCANNING IN PROGRESS: While the brain of an Utøya survivor is scanned in an MR-scanner, radiographer Turid Randa sits in the control room and ensures that valuable information about the brain is saved. Images of the brain’s structure and activity are especially interesting for the researchers.
Photo:
Eivind Senneset

On 22 July 2011, Norway suffered its biggest ever terrorist attack in peacetime when 77 people were killed by a right-wing extremist. Of the 77 killed, the majority, or 69, were massacred on the island of Utøya, where the Workers’ Youth League (AUF), the youth organisation of Norway’s ruling Labour Party, was gathered for its annual summer camp. The two youngest victims were only 14.

Now a research team at UiB, led by Associate Professor Anne Marita Milde, is using brain scans to find out if and how the trauma experienced by the young survivors of the massacre will affect them in the longer term.

“First we look at whether the amount of cortisol, which is a stress hormone, is abnormally high and has an uneven circadian rhythm in the Utøya young people. This can tell us whether the young people are still in a ‘state of alarm’. Through other tests we examine the young people’s con- centration, memory, impulse control and attention,” says Milde.

The project, for which Milde also took the initiative, is called The effects of acute stress on the immature brain, and there are in total seven researchers attached to the project in Bergen.

“I got the idea for the project when I read an article in Dagens Medisin which gave a summary of all the 22 July projects. There were many, but none of them covered the neurobiological aspect. Then I thought that there must be a need for that,” says Milde. “Later, we were asked by the Regional Ethical Committee to seek collaboration with UiO, since they had already applied to perform a similar study.”

A day at the clinic

The research project got started in January 2013, and we met the researchers in June 2013. The location is Haukeland University Hospital, where one of the surviving young people from Utøya is to be tested.

It is 9 a.m. when the young man is placed in the MR-scanner. His brain is now scanned for an hour. A high-frequency metallic sound can be heard through the wall of the control room, where doctor and Milde's fellow project leader Olga Therese Ousdal is sitting. Along with the radiographer, she will ensure that valuable information about these young people’s brain activity is saved.

“The aim is to find out if brain structures of the Utøya survivors are activated differently than individuals of the same age and gender that have not been exposed to any traumatic event,” explains Ousdal, who is responsible for the MR-examinations.

Whether the Utøya youth have more cortisol in their bodies is surveyed with the aid of saliva samples, on a normal day and on the day of testing. The control group consists of young people in the same age group from other political youth leagues in Norway.

“From earlier research we know that a high concentration of cortisol in the body over a considerable time can affect the brain’s structure and activity. The brain of a person between 16 and 25 years old is however not fully developed,” adds Milde.

“Theoretically, it should therefore be much easier for it to repair itself, such that it can eventually return to a normal level of functioning. Through our research we will perhaps find out whether this is the case in practice.”

The MR scan is complete, but the testing of the Utøya young man has only just begun. Now he will undergo a neuropsychiatric interview where any symptoms of mental illness will be surveyed. After that he will complete a range of different tests of concentration, attention, response time, work memory and impulse control.

In total, each young person is tested for about four hours, breaks and lunch are added to the total time.

“This is actually the world’s first study using such comprehensive methods to examine young people’s response to traumatic stress. We are this thorough because we think we have a rare scientific opportunity which should be seized,” says Milde. “The fact that the young people are so similar in age and background, and have experienced the same trauma, makes the results more generalisable than similar studies which have been carried out earlier.”

In similar studies conducted after the September 11th attacks against the USA and after the bombing of a Federal office building in Oklahoma in 1995, the research subjects have among other things had different ages and backgrounds.

“Norwegian young people have for the most part grown up in a very safe and protected culture. They are perhaps not as prepared for violence as, for example, in the USA. That means that the studies they do over there are possibly not fully generalisable to Norwegian conditions,” opines Milde. “We now have a unique opportunity to find out how Norwegian young people experience trauma.”

What do you wish to achieve in the study?

“We hope the study will give expanded knowledge which the national health service can use in following up young people who have traumatic experiences the world over,” she says, before she adds, “In addition, the results will contribute to the knowledge of how trauma and stress may affect the brain in the longer term, and this can contribute to valuable knowledge on how to develop best practice in long-term follow up.”

The researchers goal is to present the first results from the study in the first half of 2014.

This article was printed in UiB's research and education magazine Hubro international 2013/2014. If you want a printed copy sent to you free of charge, please send us an e-mail. 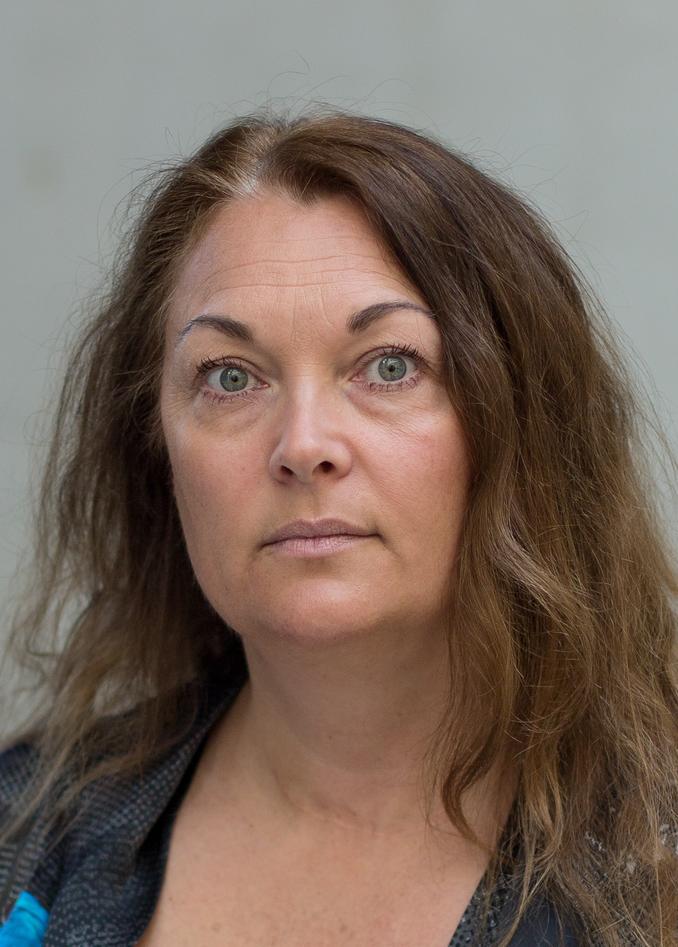