Higher education reduces the risk of becoming disabled. But this does not apply to everyone. Doctor Helle Schøyen has researched the connection between bipolar disorder and disability.

Helle Schøyen believes that early and effective treatment can help prevent recurring bouts of depression. Schøyen has carried out research on the connection between bipolar disorder and disability.
Photo:
Colourbox

Research has shown that the well-educated are less likely to become disabled. But when working on her doctorate, Helle Schøyen discovered that this did not apply to sufferers of bipolar disorders.

− This relationship does not exist where bipolar disorder is concerned. We have however noticed that persons with bipolar disorder are often single and disabled, and earn less than other comparable groups. This is in spite of the fact that they have the same level of education as the normal population in the area, says Schøyen.

Bipolar disorder includes what was previously known as manic-depressive disorder. Science defines it as «a mental disorder characterised by recurring episodes of mania and depression.» One needs to have had at least one manic or hypomanic episode in order to be diagnosed with the disorder.

Education is not the only factor that has helped prevent disability amongst the general population. Intelligence also appears to provide protection. Schøyen looked at IQ and the functional level of people with bipolar disorder, both before and after the illness began to leave its mark.

− We were surprised to discover that among bipolar sufferers, neither intelligence nor degree of function affects whether one becomes disabled, she says.

Helle Schøyen is a psychiatric specialist and she has worked at the Psychiatric Clinic at Haugesund Hospital and Stavanger University Hospital. For her, this seemed the obvious approach to researching bipolar disorders.

− I meet many people that have bipolar disorders through my work. They are usually well-educated people who are apparently well-functioning individuals. They are however, eventually affected by the illness. Many have great difficulty functioning at work, in the family and in other situations, according to Schøyen.

Is education an easier option than work?

Many bipolar sufferers work fulltime throughout their lives, whilst others are incapable of working.   But is it possible to reverse the situation for those who have become disabled?

− This was not a theme in my thesis, but I know that a survey is being carried out. My results indicate that work is affected regardless of how well educated one is. This could tell us if it’s part of the disease process, or if it’s “easier” being educated than it is to be at work, explains Schøyen.

She thinks that the time aspect could also play a role. As the illness is recurrent, it can make working difficult. Being regularly depressed and having a long-term illness, often leads to disability, according to statistics.

− It is a little surprising to discover that women are less at risk of becoming disabled than men, she adds.

− Providing early and effective treatment can help to prevent recurring bouts of depression. These appear to have a particularly detrimental effect on the bipolar patient’s ability to function. By trying to prevent recurrent relapses, one can perhaps prevent a decline in the social and occupational functions of bipolar patients.

Schøyen has based her thesis on patients who are part of «The Bipolar Research and Innovation Network study» (BRAIN) and Thematic Area of Psychosis (TOP). They have been compared with a control group from the general public, supplied by Statistics Norway. 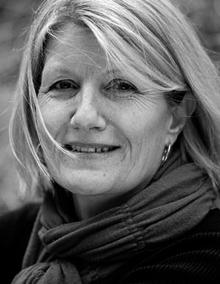 Helle Schøyen is a specialist in psychiatry and has written a doctoral thesis on bipolar disorder.
Photo:
Ingeborg Skrudland