THE CAPACITY BUILDERS: Centre for international health at the University of Bergen celebrates 25 years. Their main work is to improve health conditions in poor countries and build capacity in research and higher education in developing countries. The image shows Tøri Vigeland Lerum, a former student at the centre, performing a health check on a woman in India.
Photo:
Centre for international health, University of Bergen

Congratulations on 25 years of the research centre! You are celebrating this at the international GlobVac conference here in Bergen. How does it feel?

“It feels good. Time passes so quickly. But remember that even though 25 years may seem like an eternity, it is not very long in a university context,” says Professor Bente Moen, who became head of the Centre for International Health (CIH) on 1 September after working on various of the centre’s projects for the past 18 years.

CIH opened in 1988 and like so many similar initiatives at the University of Bergen in the Sixties, Seventies and Eighties – read more about UiB collaborations in Uganda, Ethiopia and Sudan – it all started with a great enthusiasm among the researchers.

This is how Bjarne Bjorvatn came to be the centre’s first professor and also the first head of the centre.

“The centre really started when Claus Ola Solberg offered Bjorvatn a professorship in tropical medicine. The idea being the creation of a centre for tropical medicine, but then things took a slightly different turn,” Moen muses. “Bjarne Bjorvatn was ahead of his time in thinking that tropical medicine was way too narrow for the centre. So he discussed the matter with his colleagues and thus the centre came to encompass international health, with a specific focus on poor countries and not just tropical diseases.”

Already from the start the centre was focussed on prevention, where the connection between children’s’ and mothers’ health were one of the central fields of research, for which researchers at CIH have gathered much praise.

“A quota system for students from poor countries was put in place both on Master’s and PhD level. In particular the Master’s study in international health was important for the establishment of the centre. We started with a few lecturers but it soon added up,” says Moen before stressing vital support from the Norwegian Foreign Office and Ministry of Education in the early days of the centre.

How has the activity at the centre changed over these 25 years?

“The most significant change is the growth in the number of research topics. Education at the centre has also been enhanced, from the early days of our Master’s programme to the growth in PhDs that we have seen over the years,” she says adding that around 130 students have graduated from the centre’s PhD programme.

The fact that the Research Council of Norway recently provided a grant for the establishment of a National Centre of Excellence (SFF) called CISMAC (se Facts) at CIH underlines the position of CIH when it comes to global health work, both in Norway and internationally.

“It’s a ten-year grant, which is simply fantastic,” Moen says. “The centre consists of six major projects. It would have been impossible for us to nurture six new, long-term projects without an overarching grant such as this. Remember that most research funding runs from three to five years. But you cannot see the effect of the research measures in intervention research in such a short frame of time.”

She adds that the SFF status shows that the Research Council of Norway has noticed the long-term work being done at CIH and in particular the centre’s intervention research.

Moen is particularly pleased with CIH’s contribution to building capacity in research and higher education in developing countries.

“Our focus is for the students to return to their home countries and work there, and we are pleased that a growing number of our students indeed do return,” she says. “Our research is also published more frequently in internationally renowned magazines. There is no research centre in the Nordic countries that does so much specific research collaboration with as many developing countries as we do.”

According to Moen, CIH researchers co-published articles with researchers from at least twelve different developing countries in international academic journals in the past year alone.

“This shows that our co-operation is not only on paper, but that we do indeed encourage co-authorship.”

Looking ahead for the centre

Thinking long term, what do you see as the centre’s main challenges in the next 25 years?

“Research-wise we are already well placed when it comes to mothers' and children’s’ health, which is one of the biggest problems in the world. Another important issue is climate research, where we hope to make a lasting contribution with our research,” says Moen. “As far as education is concerned, using digital media for education represents a challenge. We need to get electronic education in place. This is of special importance as we work with people from many countries.”

What do you see as your top priorities since becoming head of the centre on 1 September?

“People at the centre are very committed, very independent and travel a lot. This means not enough time spent together at the centre. As researchers they are fantastic, but sometimes they may play on different turfs,” says Bente Moen. “But if we work together and communicate slightly better we may be able to draw on each other’s knowledge to create ideas for the future. I want this to be a meeting place for researchers across academic disciplines, both for those already working at the centre and relevant partners. I believe this is important to survive and grow also in the future.”

For more information on the Centre for international health, please visit their website. 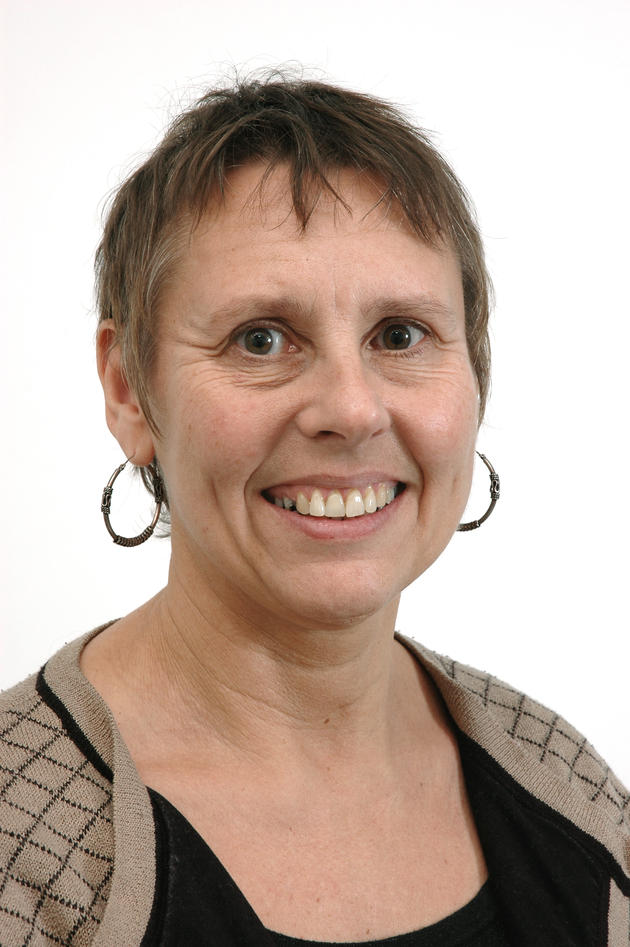