The theme of the conference in Malawi’s capital Lilongwe 1–5 December was how universities can contribute to attain the UN’s Millennium Development Goals (MDGs), where one of the main goals is to achieve global reductions in poverty.

At the conference, researchers from the University of Bergen (UiB) met colleagues from universities in several southern African countries and other Nordic countries to discuss both the developments and achievements so far and also what goals need to be set for future development.

Professor Astri Andresen, UiB’s vice-rector of international relations 2009–2013, opened the conference in her capacity as chairperson of the SANORD council. She pointed out how fitting it is to have the conference in Malawi, as the country has been at the forefront of gender equality in Africa which is part of a trend throughout sub-Saharan Africa.

In the perspective of higher education and research, she outlined two future goals for SANORD.

“First there is the creation and circulation of new knowledge in academia,” Professor Andresen said in her opening speech. “Knowledge needs to travel between countries and between regions.”

“Second, multidisciplinarity is equally vital. It is common to focus on natural sciences that can solve the problems the world is facing. They can, but only to some extent,” Andresen said. “Without the insights of social sciences and the humanities, we cannot make change. At SANORD we focus on these disciplines as equally important as natural sciences and technology. We need to make all these sciences collaborate.”

We asked Professor Andresen why the SANORD collaboration is so important for UiB.

“UiB was one of the founders of the SANORD network,” she said. “And it has always been an important part of UiB’s development-related research and education work.”

Professor Andresen pointed to the historical ties between the Nordic countries and southern Africa.

“You could say that SANORD is part of the inheritance of the time when networks were established between the Nordic countries and South African academics to fight apartheid,” she said adding. “The relations built back then remain in place and are being built upon through organisations such as SANORD.”

She believes that one of the key factors for SANORD’s success has been the people involved in the collaboration and a will to create quality education and research between both individual researchers and institutions.

“Africa is also increasingly becoming more and more important internationally, in the world in general but also within higher education and research,” she said and pointed out that UiB has been strongly involved in a number of capacity-building projects in Africa.

She does, however, not view this as a one-way street, where the north helps the south, but finds that knowledge moves both ways.

“Having collaborations in Africa as part of the university’s policy, puts us in an excellent position to learn something from people in other parts of the world,” Andresen said.

The influence of academia

As for the MDGs, she believes good progress has been made in some areas but that much remains to be done. She believes that research at UiB has also played its small, but vital, part in these early days of the global work towards abolishing poverty.

“The first thing that springs to mind when I think about UiB and the MDGs is in the area of mother and child health. This is incredibly important work that has helped to increase survival rates,” she says pointing to the recently established Centre of Excellence CISMAC at UiB’s Centre of International Health as proof of the university’s influential and prescient work in global health (lenke).

Another important area, where UiB is strong, is climate research.

“It’s not like we are lacking in knowledge about what needs to be done about the changing climate, but rather that so many international politicians are unable to act on the warnings put forward by science,” she said.

During her time as UiB’s vice-rector for international relations and as chairperson of the SANORD council, Andresen has engaged strongly in putting gender issues high on the agenda.

“Countries such as Norway, with a relatively good gender balance and a record of strong equality, have a responsibility to work together with women in other parts of the world for their rights,” she said. “Working on gender issues has been an inspiration for me in the work I have done internationally, both as vice-rector and at SANORD.” 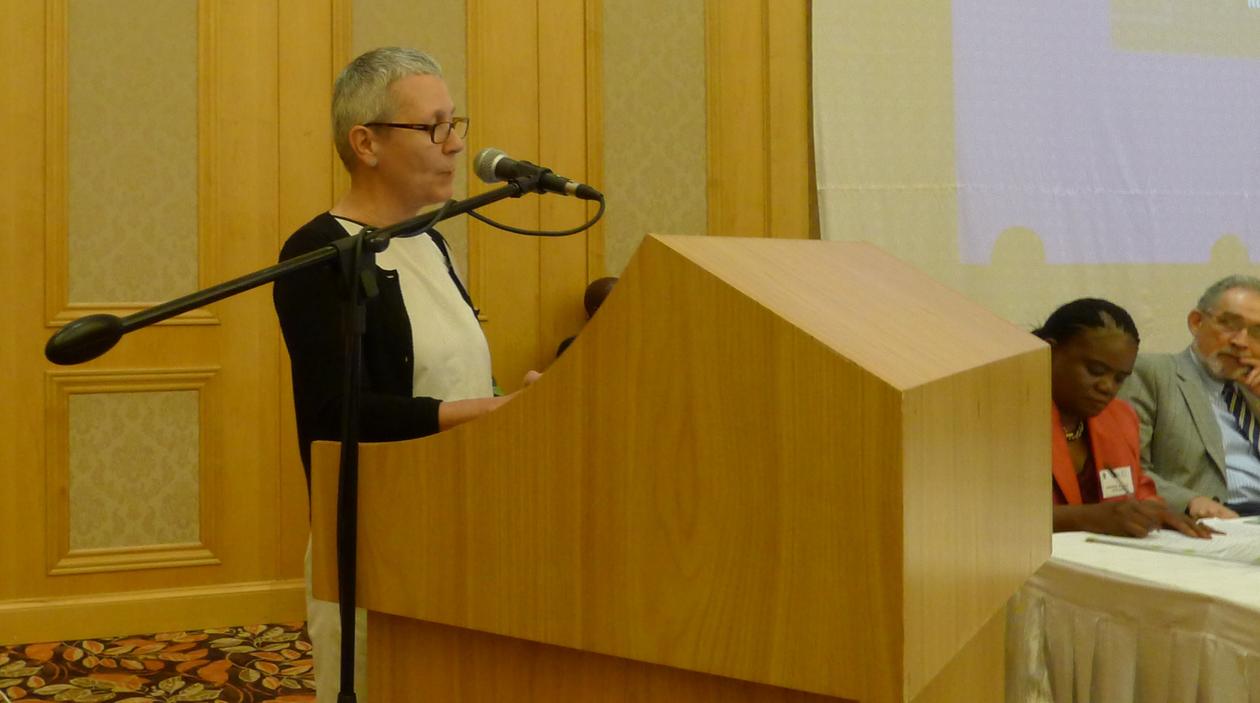