What will happen to the Greenland Ice Sheet if the Arctic sea ice covers disappears? To answer this question, researchers at the University of Bergen and Uni Research are to receive between NOK 50 and 60 million from the European Research Council (ERC) over a five year period.

VISIBLE CHANGES: There are already visible major changes in the sea ice in the Arctic. In September 2012 the sea ice recorded was at a record low level, as these maps show.
Photo:
NSDIC

On Sunday there was a positive answer from Brussels, which means a five year funding of about NOK 100 mill, of which approximately NOK 11-12 mill per year are shared between the paleo researchers at Uni Climate and the University of Bergen’s (UiB) Department of Earth Science.

The ERC Synergy Grants are intended to enable a small group of Principal Investigators and their teams to bring together complementary skills, knowledge, and resources in new ways, in order to jointly address research problems of high scientific importance.

“This is a great acknowledgement. No project with Norwegian or Danish participants has earlier reached the final stages of the Synergy Grant competition. Only three per cent of the proposals were funded,” says Eystein Jansen, the Director of the Bjerknes Centre for Climate Research.

Jansen is also a professor of marine geology, and is one of the four principal investigators in the Ice2Ice project. The three others are Kerim Nisancioglu, associate professor at UiB’s Department of Earth Science, Jens Hesselbjerg Christensen at the Danish Meteorological Institute, and Bo Møllesøe Vinther the University of Copenhagen’s Niels Bohr Institute.

At present, both Arctic Sea ice and the Greenland ice sheet are in strong transformation: Arctic sea-ice cover has been retreating during most of the satellite era and in recent years, Arctic sea ice experienced a dramatic reduction, and the extent was in 2012 half of the 1979-2000 average.

The climate system is intimately coupled and changes are interconnected in both space and time. While gradual changes can often be seen as slow adjustments to changes in large scale external forcing, abrupt changes are caused by poorly understood complex interactions involving internal dynamics of the climate system.

The large abrupt changes experienced during glacial times are recorded in well documented climate archives from land, ocean sediments and ice cores. In the case of the Greenland Ice Sheet ice cores, the cause for the abrupt warmings are still not resolved, despite intensive research since their discovery in the early 1980s.

It is clear that sediment cores from the Nordic Seas document similar abrupt warming events with sudden reductions in sea ice cover, and several studies have pointed to sudden demise of the sea ice cover as a cause for the abruptness of Greenland warming, yet the mechanism behind the sea ice loss and the reasons it did not quickly reform again is not understood.

Ice2Ice is the first concerted effort to tackle the first order question of the cause and future implications of past abrupt climate changes in Greenland, a key hypothesis being thatArctic and sub-Arctic sea ice cover exerts important controls on past and future Greenland temperature and ice sheet variations.

Ice2Ice combines understanding of interconnections of sea-ice and the Greenland ice sheet in the past with research on their interconnectivity and sensitivity under modern and future conditions.

The knowledge and competence required to solve such a complex question exists, thanks to recent advances in the empirical sciences with the development of high quality, high resolution, synchronized proxy records of key system parameters, and in the physical sciences with advances in dynamical process studies and the development of global and regional climate models. 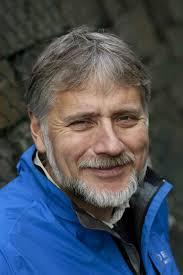 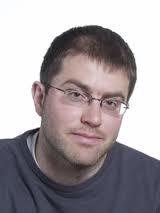 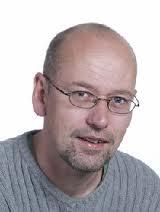