Geologists uncover the roots of earthquakes

By using old records kept by the ancient Romans and medieval Italian monks, a team of geologists have brought to light the roots of earthquake-prone faults.

DEVASTATING SCENES: This is how it looked like in one of the streets of the Apennines in Italy after the deadly earthquake of 2009.
Photo:
Joanna Faure Walker, UCL

Many populated areas around the world are prone to earthquakes, so understanding what controls the distribution and frequency of earthquakes is a major field of research. Often, however, the controlling factors remain elusive because scientists have limited information about what happens deep down in the Earth’s crust where quakes initiate.

Signs on the surface

A new study led by Professor Patience Cowie of the University of Bergen’s (UiB) Department of Earth Science was recently published in the journal Nature Geoscience. The study shows how phenomena on the surface can be linked to the movement of rocks in the deep crust.

“What is exceptional about this study is that we can demonstrate for the first time that these fault zones deform exactly as predicted by laboratory experiments on rock”, explains Professor Cowie, who is the first author of this study.

Up to now, no direct measurements existed on the deformation style (rheology) of rocks over geological time, which is measured in thousands to millions of years, at the depths and temperatures where earthquakes originate. The timescales of thousands or millions of years are just too long to observe their motion.

The team overcame practical difficulties by looking at the fault scarps, whose structures carry information about the historic movement of each fault. The data were then analysed to estimate the rate of deformation across the Apennines in Italy.

“We spend quite a lot of our time out in the country looking at the geology. What we do is mainly geological field work, where we look at scars in the landscape to help us determine the causes of an earthquake,” says Professor Cowie. “By taking measurements, you can see how much ground is moved in an individual earthquake.”

But the discovery she and her colleagues made was as much a result of coincidence as planning.

“We didn’t know that we were going to find this result. We were simply looking at where the earthquakes had been in the past,” she says about the field work conducted in an area of Italy where the Earth’s surface has been repeatedly shaken and devastated by major historical earthquakes including the magnitude 6.3 L’Aquila earthquake, which claimed the lives of over 300 people in 2009.

“One of the interesting things about Italy is that it has one of longest records of earthquakes in the world that extends back over the last 1,000 years,” explains Cowie. “People have been occupying the region for a long time and in some cases there are records that date back even to Roman times.”

“Documentation of damage to the Colosseum in Rome has been found that is thought to date from the Fifth or Sixth century,” she says pointing out that in other earthquake-prone parts of the world, such as the Americas, data only has been gathered since the arrival of Europeans.

In Italy, written records of earthquakes have been preserved since the end of the Thirteenth century. At this time several Benedictine monasteries were built and the monks produced manuscripts that represent some of the earliest documentation of which areas were damaged by earthquakes and the impact that it had on local communities.

These human records of events may help to predict more accurately where earthquakes could strike in the future. Cowie does however urge caution.

“One of the debates going on in Italy is which faults we need to worry about for the next 50 years. Because of the earthquake in 2009, the area around L’Aquila has become an area of focussed research as scientists are concerned that there could be further ruptures nearby,” says Cowie.

“But before 2009 there were some uncertainties about which faults in the area were even active and earthquake prone. The historical records have been very useful in helping scientists to understand where earthquakes have occurred in the past and thus to evaluate the risk of earthquakes in the future, not just around L’Aquila but in the region as a whole.”

Read more on Steer’s discoveries about the age of Scandinavia’s fjord landscapes here. 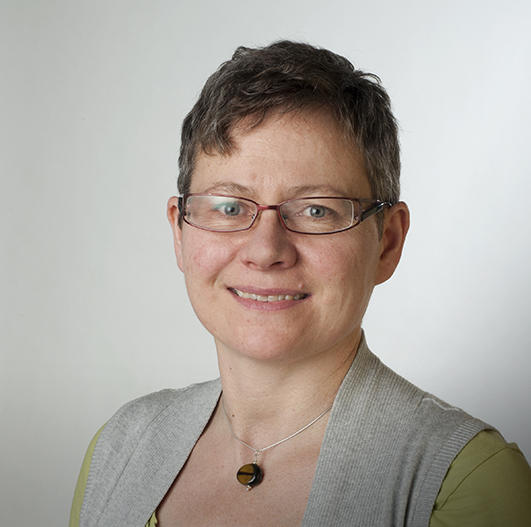