On 24 January 2014 the Centre for Geobiology laid the cornerstone for a new marine research centre at the University of Bergen.

REMOTE UNDERWATER CONTROL: Using a remotely operated underwater vehicle – commonly referred to as ROV – marine researchers at the University of Bergen can swoop to 6,000 meters to collect biologic and sediment samples from the sea floor.
Photo:
The University of Bergen-The Norwegian Petroleum Directorate.

The Centre for Geobiology (CGB) is one of four Norwegian Centres of Excellence (SFF) at the University of Bergen (UiB). The centre is one of the world’s leading environments for basic research on the deep ocean layers.

Centre Director Rolf Birger Pedersen laid the foundation stone for the new Centre for deep marine research on Friday 24 January. The new centre builds upon work at the Centre for Geobiology when the SFF expires in 2017.

A boost for Norwegian research

At the launch of the new centre, Norway’s Minister of Education and Research, Torbjørn Røe Isaksen, expressed great satisfaction with the plans for the new centre.

“This centre represents a boost for Norway as a nation of knowledge,” Røe Isaksen said. “I find this centre to be very exciting, in particular because of the connection between the academic traditions of biology and geology. This is also a quite young research field internationally.”

Quest for the origins of life

One of CGB’s goals is to acquire new basic knowledge about the origins of life combining the knowledge of geology and biology. In their search for knowledge the researchers study the microbiology close to underwater volcanoes and hydrothermal vents in the deep sea, organisms that need neither oxygen nor sunlight to sustain life. These microorganisms can answer questions about the roots of life on Earth and may be able to tell us something about life arose on our planet.

“We have found more than 50 new species in the course of the Centre for Geobiology’s status as an SFF,” said Rolf Birger Pedersen.

In order to reach depths of several thousand meters, the researchers use a remotely operated underwater vehicle – or ROV – that collect samples and shoot films of life on the seabed.

A new ROV costing around NOK 40 million (approximately 5 million Euros) will form the core of the new centre, which means they won’t have to hire expensive equipment for their research. The ROV can swoop to 6,000 meters, which is about 2,000 meters deeper than similar previous vehicles.

“We are talking about completely new landscapes and laboratory tests that will provide new knowledge about geology and biology,” said Pedersen.

Norway has extensive deep sea areas which hide huge resources. Although the new centre will primarily engage in basic research, Pedersen suggested at the launch that this research may lead to commercial activities in the long run.

CGB researchers already do work on behalf of the Norwegian Petroleum Directorate (NPD), which is very interested in discovering what type of bedrock is sheltered under several thousand meters of ocean water.

“As well as oil reserves, there may be valuable metal deposits,” said Pedersen who suggested that values of several thousand billions NOK may lay hidden under the seabed. “But this also offers new environmental challenges.”

There is also the possibility of discovering new biological and genetic resources, so-called bioprospecting, which could lead to the development of new medicines and pharmaceutical breakthroughs in the future.

In the summer of 2013, researchers from CGB discovered several new hydrothermal vents in the oceans north of Norway.

“The centre is to conduct basic research. It is, however, not inconceivable that this research could lead to commercial opportunities for Norway,” Røe Isaksen said.

But he added that even if rich deep sea deposits of minerals were found in the waters north of Norway, there is no automatic opening for deep sea mining in these areas.

“As well as providing the university with a research boost, this utilises the researches we have built over time at the existing SFF,” Olsen said. “This is an exemplary way to extend the life of an outgoing SFF, replacing it with something new.”

He also took the opportunity to look ahead at other research challenges at UiB.

“This means a strengthening of the marine research in the west of Norway and makes us more visible internationally,” the rector said before adding and referring to the European Research Council’s Horizon 2020. “For example this means that we may be able to improve our position when applying for funds from the EU’s research programmes.” 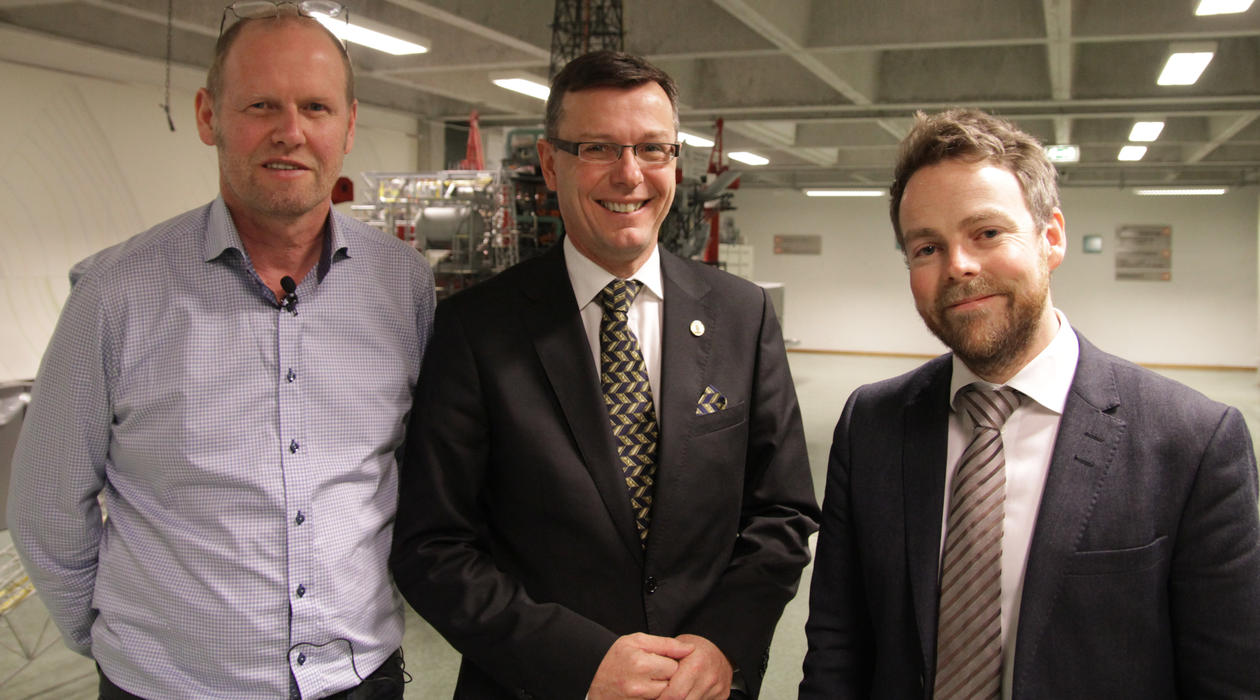