Ethical food trade in the spotlight

The SEAT research project wants to help consumers make more ethical choices when purchasing farmed fish products. The researchers hope this can be achieved by creating a dialogue between producers in Asia and consumers in Europe.

THRIVING INDUSTRY: A scene from one of the auction houses for farmed fish and seafood products in the Khulna region in the west of Bangladesh, which researcher Scott Bremer visited in March 2012.
Photo:
Sverre Ole Drønen

“This is what I believe eating food must have been like in the West only a few decades ago,” said Bremer whilst consuming the freshly laid egg and milk from a coconut just picked from a tree at the farm outside the city of Khulna in the west of Bangladesh.

Bremer is referring to the fact that this food is produced at a local, small-scale farm and clearly organic, but without the labelling as such.

The New Zealand-born researcher, who got his PhD in environmental governance in 2012, has visited Bangladesh, China, Vietnam and Thailand several times in the last three years as part of the Sustainable Ethical Aquaculture Trade (SEAT) project. On this visit, in March 2012, he was visiting Bangladesh with two colleagues from the Centre for the Studies of the Sciences and Humanity (SVT) at the University of Bergen (UiB).

The goal of the trips to Bangladesh and the other Asian countries was to meet with local producers and discuss the ethical challenges brought by the rapidly increasing international trade in aquaculture, affecting both consumers and producers.

“Our aim has mainly been to explore the ethical considerations related to aquaculture trade, and what people working along these value-chains think constitute a sustainable and ethical future for this trade” says Bremer, pointing out that most of the others consortium partners in the SEAT project work in the applied natural sciences whereas Bremer and his colleagues, Professor Matthias Kaiser and Researcher Arne Sveinson Haugen, have a background in philosophy and ethics, including in development-related research.

“Aquaculture trade has been a fast growing sector globally since the 1970s,” Bremer explains. “The technology and markets exploded so quickly, governments were not able to regulate this properly and it was largely left to the industry to self-regulate.”

He points out that the aquaculture industry, by setting up voluntary standards, have done a decent job at regulating safety and quality, often even staying ahead of government and international regulations on environmental standards. There is , however, a desperate need to engage all different stakeholders in the active governance of aquaculture, beyond industry actors alone.

“It is in the context of this that SEAT was set up,” Bremer explains.

SEAT’s aim was, amongst others, to look at ethical aspects of international aquaculture trade. With funding secured from the EU’s Seventh Framework Programme (FP7) a four-year programme was started in 2009.

“The project’s first objective was a comprehensive scientific description of eight value chains relative to four species, which we studied in four countries,” says Bremer. “We tried to describe current regulation and look at each step in the production process. What happens to waste? What impact does the aquaculture industry have on the environment and society?”

The researchers considered all parts of the production process, from the quality of the water used in production to the final produce presented to consumers in shops. Overall they were looking at the economic, social, cultural and environmental impact of the aquaculture industry.

“Having described the value-chains, the project’s second objective was to normatively ask how these value chains ought to be more sustainable and ethical,” says Bremer. “This normative step presents a significant challenge, because it means delving into how peoples’ values and aspirations are fulfilled by this trade, and their ideas of what represents a ‘good life’ and a ‘good society’. But, how do we implement practical ethics in a value-chain as complicated as the one found in this industry, and how do we measure progress to a more ethical trade?”

Both Bremer and his fellow UiB researchers believe that the interdisciplinary approach brought by the SEAT project is valuable for future Asian-European aquaculture trade collaboration.

“We have made suggestions about what the different value-chains of the industry should be measuring relative to their sustainability and ethicalness,” he says. “This is where the descriptive and the normative elements of the project come together. We have identified indicators that people from along the value chain, from producers to consumers, think are important for measuring sustainability.”

To this extent, the SEAT researchers created the Ethical Aquatic Food Index (EAFI) as a novel prototype for evaluating aquaculture trade.

“As it suggests, this is an index of sustainable and ethical aquaculture, where we measure this in terms of the expectations of both producers and consumers,” explains Bremer. “The challenge is to arrive at indicators deemed important by stakeholders, but also scientifically robust. Some of these indicators are straight-forward, like measuring water quality for example. Most people agree clean water is better than murky water, and there are well established scientific indicators for measuring this.”

But the EAFI draws on a diversity of indicators, some of which are more ambiguous or contentious.

”It can be more challenging to measure performance relative to working standards, or religious freedom for example. Part of this challenge is that each community, in each Asian country is unique, and what are good working standards in what context might be poor standards in another.”

This practical ethical challenge lies at the very heart of SEAT.

“In the past, the industry indexes were dominated by scientists and so-called experts and those in power, in the industry,” Bremer points out. “What we were thinking, was to have a perspective from the bottom up. And to create a novel index.”

This is why SEAT worked to bring in all the various stakeholders in the aquaculture supply chain: from small farmers in Asia to supermarket-chain representatives in Europe.

In November 2013, Bremer and his UiB colleagues submitted their final report on the project to the EU.

So what are the key findings of SEAT?

“First of all, while there is a relatively strong governance framework of standards in the aquaculture industry,” says Bremer. “The current framework is targeted on a narrow spectrum of mainly environmental, economic and food safety considerations. It doesn’t reflect the concerns of all people working along the value-chain, or take into account some key ethical considerations.”

The SEAT project strongly shows that the power to govern aquaculture value-chains is in the hands of a few powerful actors. There is a need for more inclusive governance, extending an active role to all stakeholders.

“There is also a big learning curve, both for consumers and producers,” Bremer points out. “We need to open a discussion on what constitutes ethical aquaculture, and those values people find important. This is difficult, because it’s a discussion not often entertained, particularly in Asia.”

That said, there are huge variations of production practices between the Asian countries, who are the main aquaculture produce exporters to Europe.

“We need to recognise plurality without falling into the trap of relativism,” Bremer suggests. “Some things are wrong whatever context you put them in.“

Some ethical minimum standards need to be universal.

“Certain principles of equal working conditions for all need to be in place,” says Scott Bremer of the SEAT project. “We believe that this is something that both producers and consumers should be able to agree on.”

Two short films were made during the project: one showing the expectations Western consumers have of the ethical and safety standards of their seafood, the other showing the priorities of producers in Bangladesh, from fish farmer via buyers to exporters, including a workshop with local participants. 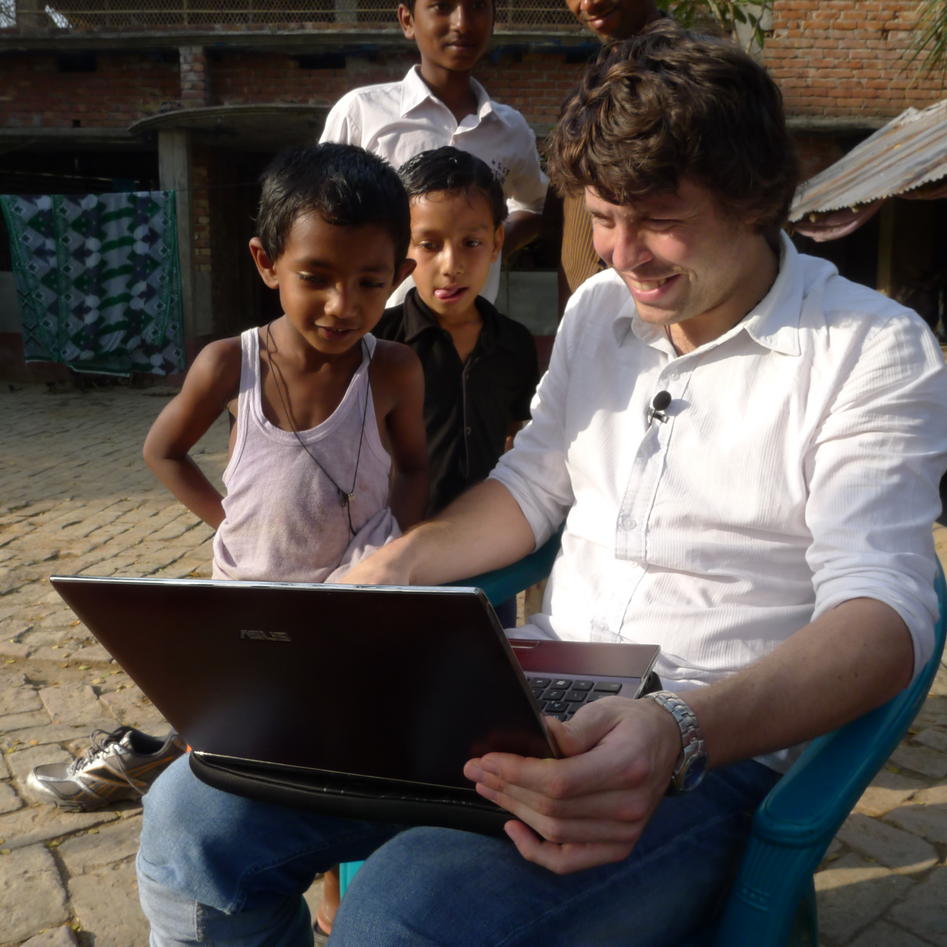 FIELD TRIP: Researcher Scott Bremer of UiB’s Centre for the Studies of the Sciences and Humanity (SVT) during a visit to the Khulna region in March 2012.
Photo:
Sverre Ole Drønen