The new Nordic climate project Ice 2 Ice aims to study the rapid pace of ice melting in the Arctic. The project is supported by the European Research Council (ERC).

RAPID ARCTIC SEA ICE MELTING: Temperatures in Greenland may increase by 10 degrees according to recent climate simulation models. The new climate project Ice2Ice brings together 40 researchers from Bergen and Copenhagen to work towards understanding this climate challenge.
Producer:
Frode Ims

On Monday 15 September 2014 the project Arctic Sea Ice and Greenland Ice Sheet Sensitivity (Ice2Ice) had its kick-off meeting in Copenhagen. The researchers involved in the project believe that the temperature in Greenland may rise as much as 10 degrees.

“We hope to be able to explain what many believe is the strongest climate change ever,” says Professor Eystein Jansen of the Bjerknes Centre for Climate Research (BCCR) and the Department of Earth Science at the University of Bergen (UiB).

Jansen is a marine geologist and one of the principal investigators of the interdisciplinary research project, which brings together leading climate researchers from Denmark and Norway. In Bergen, Jansen is joined by Kerim Hestnes Nisancioglu (BCCR, UiB) and Trond Dokken (BCCR, Uni Research) as the driving forces of Ice2Ice.

A European Research Council (ERC) Synergy Grant has provided the researchers will finance the researchers’ quest to understand how this ice melting will influence both regional and global weather.

“With the ongoing rapid meltdown, we risk seeing drastic changes in the Arctic, not over a hundred years, as previously predicted, but over short periods of ten years,” says Jansen. “If ice melting in Greenland accelerates rather than the gradual meltdown expected, sea levels will rise much faster than expected.”

The changes Jansen describes have been observed over the past decade and also appears in climate model simulations. However, current models only show gradual changes and do not necessarily pick up sudden and unpredictable climate changes. Ice2Ice is the first research programme to take an extensive look at these sudden changes in the Arctic, both from past and future perspectives.

Looking to the past

One of the questions the researchers are trying to answer is whether the Greenland ice sheet will melt faster if the sea ice in the Arctic disappears.

“One of our working hypotheses is that the effect on the atmosphere can be a temperature rise of five to ten degrees when the sea ice disappears. We ask if the ice sheet will withstand such as shock to the system,” says Jansen.

The researchers are looking at possible parallels to the changes that occurred in the last ice age, with sea ice melting and abrupt climate change, in particular in places such as Greenland. The knock-on effect on the ice sheet and sea levels is what they are curious to get more information about.

In the climate research community there has been an on-going debate since the 1970s as to how the atmosphere will react if sea ice disappears. Sea ice is one of the markers of where the ocean polar front runs and influences how jet streams in the atmosphere behave. If the edge of the ice moves it is possible that low-pressure paths may follow.

The climate in Norway and Denmark is to a large degree defined by low-pressure systems moving in from the west. If the low-pressure path moves northwards, this could have strong implications on the weather in the Nordic region.

“Just like the rest of the world, we may experience higher temperature in Norway, while the pattern may change. We have seen examples of this in several of the past winters, where the system brings cold weather to Europe but with rain in Svalbard,” says Eystein Jansen.

The ERC funded Ice2Ice project is funded for a five-year period. During this period the researchers aim to:

(Edited and translated from the Norwegian by Sverre Ole Drønen.) 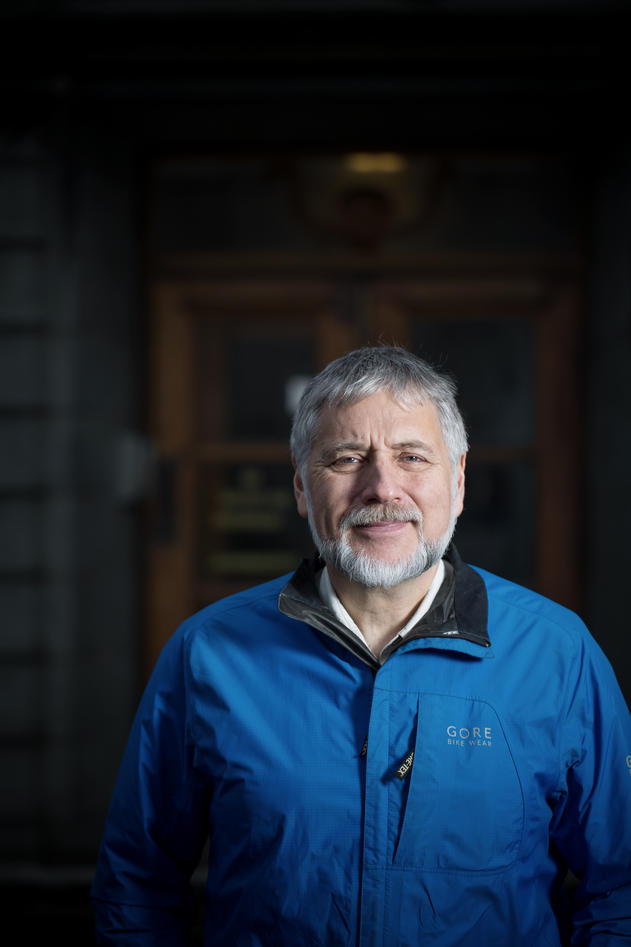