At the first Ocean Outlook conference, one of several themes discussed was how a decrease in the Atlantic circulation could counteract global warming in the North.

ICE BERG WARNING: A warmer climate in the Northern Areas could result in the decreased creation of deep water, for example, by increasing amounts of fresh water from the Greenland ice sheet and Arctic running out into the ocean.
Photo:
Colourbox
By Kim E. AndreassenUpdated: 21.04.2015 (First published: 04.03.2015)

The heat from the sun principally strikes the areas around the equator. This heat is distributed to the north and south of the globe with the assistance of ocean currents and wind systems. Warm water flows in the extension of the Gulf Stream into the Norwegian Sea and to the north through the Denmark Strait between Greenland and Iceland.

This heat is released into the atmosphere, the cooled water becomes heavier and sinks and creates a deep return current.

­"The result is a major transformation in the Atlantic Ocean which tempers the nearby land areas and thereby has a significant impact on the Northern European climate," says researcher Kjetil Våge from the Geophysical Institute at the University of Bergen (UiB) and the Bjerknes Centre for Climate Research.

Recent research results from the UiB research group Physical Oceanography indicate that two independent revolution loops exist in the Nordic seas. In one of the loops, warm Atlantic water is converted into cold deep water in primarily the Norwegian Sea, while in the other loop this occurs in the Iceland Sea.
A series of hydrographic measurements from the Iceland Sea indicates that access to deep water for the return current was reduced in the mid-1990s.
“This correlates well with a simultaneous reduction in heat loss from the Iceland Sea. Idealised model simulations of the sea's upper boundary layer confirm that decreasing atmospheric force will result in reduced production of deep water,” says Våge.

Cooling in the North

If the ocean circulation is weakened, the transport of heat to the north will decrease.
“This will contribute to cooling, which can, to a certain extent, counteract changes in temperature caused by global warming,” Våge says.
However, the finds made by Våge and his research colleagues are difficult to quantify and require better climate models than the researchers currently have.
“We are still working on understanding how the ocean circulation will respond to global warming and vice versa.”

Våge presented his new findings at the 2015 Ocean Outlook conference in Bergen. This is the first of a series of annual conferences where researchers from the Bergen Marine Research Cluster meet colleagues from Woods Hole Oceanographic Institution (WHOI) in Massachusetts, United States. The plan is for the conference to alternate between UiB and WHOI every second year.

“Ocean Outlook is an attempt to connect the leading marine groups in Bergen with international-leading groups in the United States," says Øyvind Paasche, leader of the Bergen Marine Research Cluster.

A number of the researchers from Norway and the US have met several times previously and there is already extensive research collaboration between the two institutions. The idea of the annual conference arose two years ago after a workshop in Woods Hole.

“If we are to become better researchers, we have to collaborate with some of the best groups in the world. We also hope to have more researcher and student exchanges with WHOI,” Paasche stated after the successful first Ocean Outlook conference in March 2015. 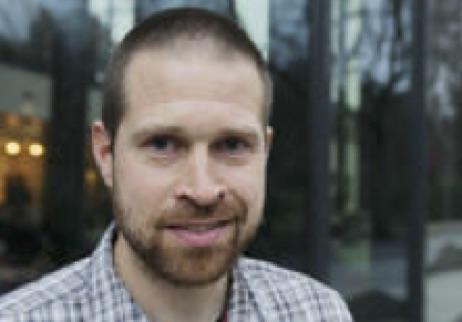