Legal puzzle in the North Sea

What is the best way to manage an ecosystem? This is one of the many questions Sigrid Eskeland Schütz deals with in her work as a professor of law.

LAW IN THE NORTH SEA: According to researchers at the University of Bergen's Faculty of Law, the Norwegian body of laws involving the environment and management of natural resources is influenced to a large extent by decisions made by the European Court of Justice.
Photo:
Thomas Raupach

In the past 15-20 years, the European Union (EU) has taken over almost all environmental legislation in the European Economic Area (EEA), including the North Sea and the other Norwegian maritime areas.

“I like to use the picture of a puzzle, which I call the EEA puzzle, whereby we as researchers in environmental law attempt to find the pieces that are missing,” says Professor Sigrid Eskeland Schütz from the Faculty of Law at the University of Bergen (UiB).

“If one uses an image whereby the EU has the expertise to regulate environmental law, agricultural law and fisheries in the member countries, then they do this without consideration to the fact that the EEA agreement does not include agriculture, nature conservation and fisheries. Instead, one will see that a complex and holistic puzzle has been created for which the pieces are regularly replaced and where the regulation is put in order and refined,” Professor Schütz explains.

She points out that the EU has a large and systematically-oriented legislation apparatus. Regulation must be scientifically-based and will often serve as a model for other regions in the world.

“However, this provides a puzzle for which the EEA agreement is missing some rather vital pieces. In a Norwegian context, these pieces must be filled in with Norwegian laws and regulations that must be closely related to EU regulations for the puzzle and the logic in the legal framework to be maintained,” says the professor of law.

The world has caught up to national laws

In recent years, the national body of laws has been overtaken by a number of issues relating to globalisation and regulation across national borders.

“Traditionally, Norwegian law was in focus and in Norway we were concerned with complying with our international agreements relating to the environment. Prior to the EU and EEA, there were not many enforcement treaties. However, it was particularly after the EU introduced a supervisory body under the EEA agreement, the EFTA Surveillance Authority (ESA), that we have had someone on the outside observing our actions,” says Schütz.

“The assessment of whether we implement these directives in line with the EEA agreement and whether we do this in a good and correct manner, will ultimately be decided by the EFTA Court.”

In the past few years, Professor Schütz and her research colleagues at UiB have had to think outside the frameworks of Norwegian legislation in their research.

“As researchers we have been forced to look more closely at Norwegian environmental regulation and to critically assess typical Norwegian regulations. The challenge is that we are constantly one step behind and have to ask ourselves whether it is EU law that is behind specific regulations or whether new Norwegian environmental laws could face criticism from the EU system such that we ultimately could have a judgment made against us. It is our responsibility as researchers to have insight into and an overview of these issues," says the law researcher.

However, according to Professor Schütz this is not an insurmountable task, and she notes that when a specific principle has first been established in one type of legislation, then similar legislation is likely to follow the same path.

“Previously, pollutants have, for example, been regulated by setting limits for emissions and by regulating the substances that can be legally used in manufacturing. One would think that this would control the use of pollutants, however that is not the case. There are problems with enforcing the regulations, there are leaks from old landfills that did not come under more recent regulations or pollutants can be spread through accidents such as floods,” Professor Schütz says and adds:

“There are also countries that do not regulate these types of emissions and their pollutants can end up in Norwegian waters. A new legal approach is therefore to set legal requirements for the actual quality of the natural environment, such as air quality requirements.”

How do we best manage an ecosystem?

Professor Schütz explains that the EU has created a directive for fresh water and coastal water – the Water Framework Directive – and one for sea water. Here it is precisely the legal requirements for the quality of the aquatic environment when concerning both pollution and aquatic life that are of vital importance.

Norway has implemented the Water Framework Directive under the EEA agreement, but has rejected the Marine Strategy Framework Directive on the grounds that the EEA agreement only applies to the territory, i.e. principally the land. However, Norwegian authorities follow the trend towards holistic and ecosystem-based management by creating their own management plans for Norwegian maritime areas.

“Both in Norway and the EU there has been a transition from having different sectors managing their own areas of responsibility without fully having an overview of what the others are doing, to a development towards overarching management instruments such as regional and national management plans. The objective is now to achieve quality requirements, whether these are made into legal requirements, such as in the EU, or environmental objectives, such as in our management plans,” Professor Schütz says.

Not fenced in by geography

At the same time, Professor Schütz notes that both she and the other law researchers do not think geographically when they assess laws and regulations within environmental law.

“The law is not normally interested in geography. The law in Finnmark is the same as in Oslo and the North Sea is governed by the same set of rules as the Norwegian Sea and the Barents Sea. For a lawyer it is interesting that the management plans are major processes that are not established in the body of laws,” says Professor Schütz before adding:

“We study environmental law principles that are not connected to the sea or land. In many instances, the legal issues will be the same. The question is: How do we best manage an ecosystem? In legal terms, it is a question of having an administrative regime that provides the best possible legal protection for aquatic ecosystems.” 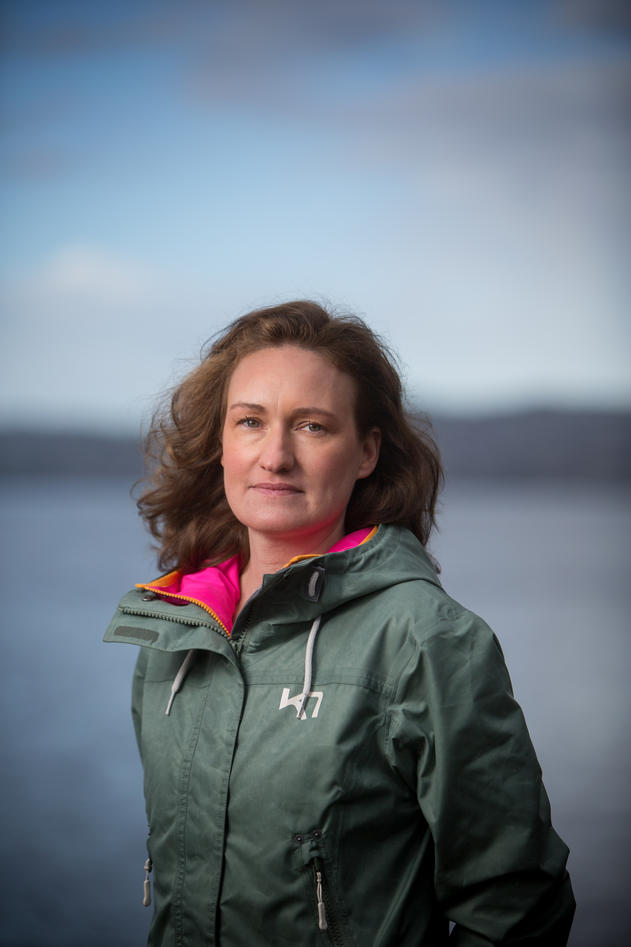 The article in print: Legal puzzle in the North Sea.pdf