The risk among cleaners of developing asthma is greater if you had unfavourable conditions early in life. This is the result that was found by researchers at the University of Bergen in a recently published study.

GOOD HEALTH TO LAST A LIFETIME: The researchers behind the RHINE study explore health and disease prevention in a lifelong perspective, to help patients make informed decisions on matters regarding their own health.
Photo:
Colourbox

The results of this study are part of the RHINE project (see FACTS section) and the article was published in the online open access journal PLOS ONE, which has become increasingly popular with researchers.

Personalised prevention for the future

One of the concepts launched by the researchers is so-called personalised prevention.

“Our theory is that what happens to you in childhood has a considerable impact on how susceptible you are to disease later in life. If, for example, your mother smoked when you were a child you are even more vulnerable to the harmful effects of smoking yourself later in life,” says PhD candidate Øistein Svanes at the Department of Clinical Science at the University of Bergen (UiB).

He is completing his PhD whilst also working as a specialist in pulmonary/respiratory medicine and senior consultant at Haukeland University Hospital.

It is well known that exposure to cleaning chemicals at work and at home lead to more asthma and respiratory symptoms. The research of Svanes and his colleagues shows that also the risk of self-reported COPD was higher for cleaners.

“The radical new discovery in our study was that the risk for cleaners to contract asthma was higher if there were unfavourable conditions in early life,” he says.

The researchers find it logical that the body’s mechanisms for “maintenance” are established early in life and may be affected in vulnerable phases of development. The researchers asked specific questions about early life factors as part of the study.

“We assumed that this would differ from person to person. For example, we already know that infants with a low birth weight are at greater risk for disease later in life,” Svanes says. “We expanded on this and looked at factors such as having been born during winter season, if they had respiratory infections in childhood, and mother’s smoking. These are factors that you cannot do anything about yourself, but that say something about how vulnerable you will be to injury from harmful exposures later in life.”

Øistein Svanes if first author of the PLOS ONE article. His PhD supervisor, Professor Cecilie Svanes, from UiB’s Centre for International Health, is one of the co-authors of the article.

The personalised prevention concept is her creation and she found inspiration for the questions in the study, among other, at a meeting/conference on early life development and aging. There is a lot of on-going research on aging mechanisms and how conditions in early life may affect this.

“The two main discoveries in the study that we publish are the degree of risk of respiratory disease among cleaners in Norther Europe and how early-life factors affect the vulnerability to cleaning exposure,” says Øistein Svanes pointing at asthma and COPD as diseases that researchers have studied extensively.

In the same way that there is a trend towards personalised treatment with medicines, the researchers behind the study predict that in the future there will also be options for more personalised health prevention; specifically aimed at people at greater risk for contracting asthma and COPD.

The researchers hope their discoveries may influence public health policy, but remain realistic about how effectively patients at risk can be helped.

“Some of these factors you really have no control over. Respiratory infections or your mother’s age are factors outside your control. Based on our research, however, we hope to be able to advise some patients that they must be more prudent to prevent disease later in life,” the PhD candidate says.

This is the first article about personalised prevention of obstructive lung disease ever published in an academic journal.

“We have learned a lot about disease progression and what makes us fall ill and factors that may affect the individual,” says Øistein Svanes.

“Smoking is a good example. Some people may smoke for 90 years and never fall ill, whereas others fall ill just smoking a few cigarettes. The same may be true for other harmful factors. The information we gather in this article may be useful in terms of career choice. This way patients at risk of certain diseases can make a better choice and may better protect themselves based on lifelong information about their health.” 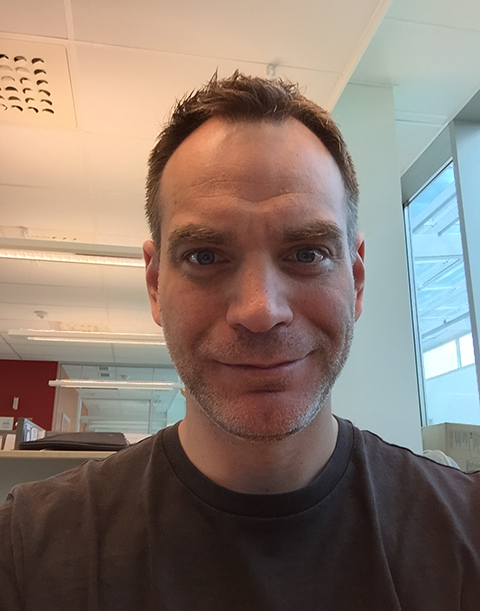