Listening to the voices of Africa’s farmers

UiB researcher Brigit Kopainsky has visited African farmers to get their opinions on agriculture and climate change.

The land-locked African country Zambia is in the top 10 of the world’s least food secure countries. At the same time, it is one of the few Sub-Saharan African countries that has a lot of fertile agricultural land.

To understand this paradox, system dynamics researcher Birgit Kopainsky at the Department of Geography at the University of Bergen (UiB), has visited Zambia several times over the last couple of years.

In Zambia, she interviewed local farmers to catch their experience and know how of how to cultivate land and have access to food through the seasons. She then compared this ground level knowledge with academics and politicians understanding of food security.

“The idea is to design better models for policy makers. We also want to make the knowledge from these models relevant for the local farmers, such as food security, adaptation to climate change and sustainability,” says Kopainsky.

Kopainsky manages the project Food Security ACT, financed by the Research Council of Norway, to find out how system dynamics tools and techniques may contribute to better agricultural planning.

System dynamics deals with policy analysis and design. The aim is to develop computer simulation models for making better plans and better policies, for instance to plan food security through the year. In the same way pilots train with flight simulators to test difficult flying conditions, Kopainsky uses models for testing policy interventions.

Kopainsky lead a number of workshops with Zambian farmers, to develop a food security model that is as informative as possible. The workshops were conducted in collaboration with her research partner Dr. Progress Nyanga, at the University of Zambia.

“This approach gives the workshop participants the opportunity to integrate their local and traditional knowledge with science-based knowledge, which academics and politicians possess,” says Kopainsky adding:

“Over time, the approach will reinforce the farmers possibilities to find solutions that are adapted to their own situations. We think models that are created by the farmers themselves, probably work better than models imposed on then by external agents and policy makers.”

Famers have to adapt

As a part of the project, the farmers created a conceptual model on a white board, which showed the processes determining variation in availability of and access to food throughout the year.

“It is not enough to have a lot of subsidised money going in to the system to achieve food security. You need to be in line with what the local farmers observe, and to understand their thoughts and concepts. It is first and foremost the farmers themselves who have to adapt,” says Kopainsky.

The farmers and researchers discussed cause and effect of matters such as fertilisers, grains, harvest, cash, piecework, and seasonality. The participants reflected upon how these factors mutually affect each other, if one reduces or gains one of these factors. It is then possible to predict what kind of actions need to be done at a certain point of time.

“The farmers need solutions that are compatible with their own cultural norms, resources and goals, not guidelines dictated from above,” says Progress Nyanga.

Financial support from external agents, such as states or NGOs, are often connected to the use of one certain product, for instance a type of fertiliser. This product, however, is not always the best for each farmer.

According to Nyanga and Kopainsky, their research project is all about local capacity building. As a consequence of their mapping, the farmers will strengthen the ability to bring out systematic reflections upon their basic and local knowledge. Already after the first pilot project, the researchers noticed that the farmers started to reflect on their situation in a new way.

“We got a lot of detailed information about local farmers’ experiences, challenges and how they coped with food insecurities from season to season. We quickly became aware of the tight relationship between agricultural production and seasonality,” says Kopainsky.

It is common that help from the outside comes late, relative to season, or that the help has the character of being a fire fighting measure, that does not match the farmers’ own understanding of the situation.

One of the farmers said, in the very early stages of the project, that the government was not helping them at all, with their huge subsidisation on fertilisers. On the contrary, the famers are made permanently dependent on help from outside.

“This statement surprised me. The project shows us that the farmers want to be as independent as possible. The farmers themselves told us that our model has started a process of independence,” says Nyanga. 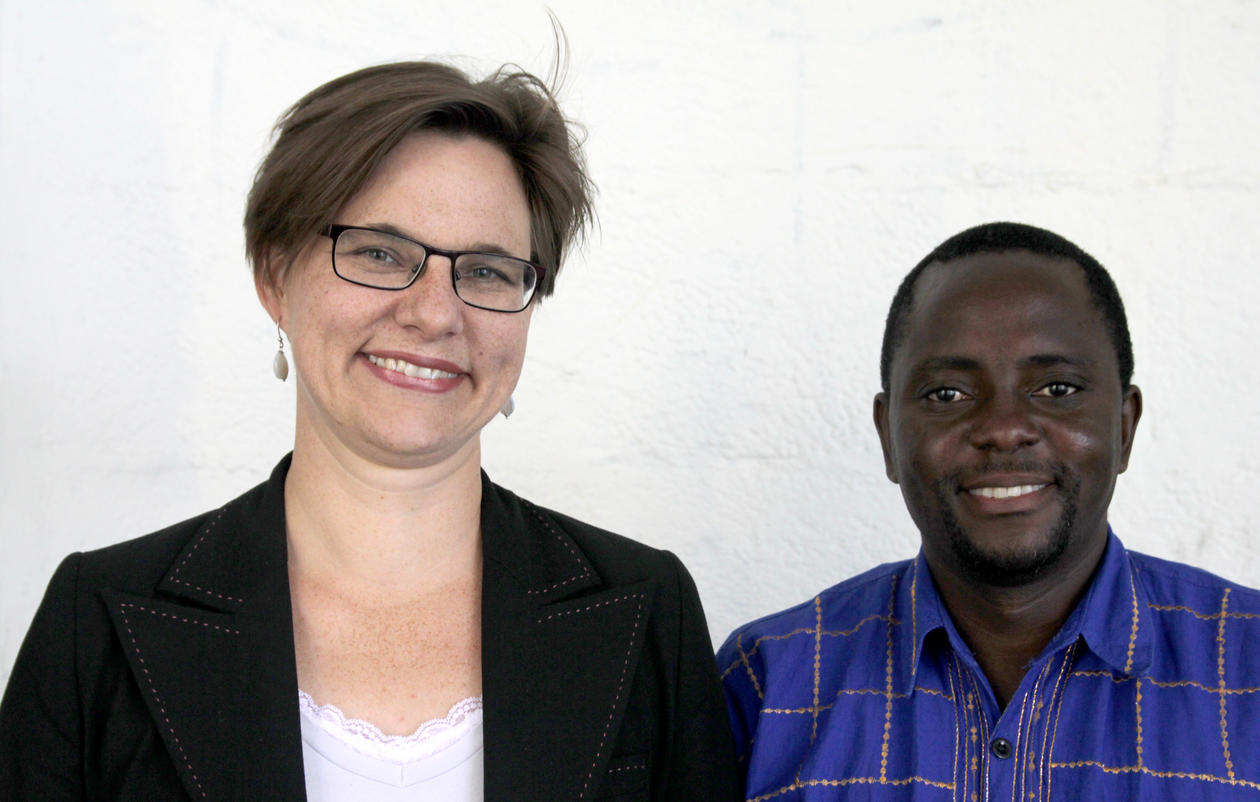