PREVENTING DRUG USE: Dominic Sagoe wants to inform the public about the possible harms of anabolic steroids.
Photo:
Eivind Senneset

What are anabolic steroids?

“Anabolic steroids are the synthetic forms of testosterone, the male hormone produced in the testicles. They are prescribed legitimately to treat many disorders, such as HIV/AIDS and cancer sufferers who have lost muscle mass. Anabolic steroids lead to increased production of protein, leading to muscle growth. That is why healthy people are using it without prescription in order to develop bigger and stronger muscles.”

How would you describe the typical user?

“Previously the typical users were athletes, especially body builders. But while there has been a clampdown on the use of anabolic steroids in sports, steroid use has become more widespread. The typical users today are recreational sportspeople: not professional athletes but people who just go to the gym to exercise. In social media we see that being muscular is increasingly portrayed as the very definition of masculinity.”

“In our analysis of the Nordic countries, Norway came second after Sweden in terms of steroid use, followed by Finland, Iceland and then Denmark. Steroids seem to be popular among athletes, but also among drug users and criminals. The harmful effects of steroid use on individuals, their families and society are now being felt in Norway. A known example is 19-year-old Tord Grimstad from Åsen who started using steroids and eventually committed suicide. There is also the case of the terrorist Anders Behring Breivik who was buying steroids on the internet. In his manifesto, he wrote extensively about his steroid use and even recommended where people could purchase them.”

What is the status of anabolic steroid use worldwide?

“While other drugs have been studied, we had no idea of the steroid use situation around the world before I started my PhD. Interestingly, it turns out that the Middle East countries are the world’s foremost users of steroids: Iran, Jordan, United Arab Emirates, and Iraq. This is a very fragile area in terms of security. If we look at the relationship between steroids and violence together with the situation in the Middle East, this is something the world should be concerned about. In the Middle East steroids are easily available for purchase without prescription, unlike in Norway and many other countries.”

How many use steroids world wide?

“3.3 per cent of the world’s population report they have used steroids at least once. And that is quite a huge figure, since it involves hundreds of millions of people. It is mostly men that use steroids, maybe because the drugs accelerate male features such as facial hair in both sexes.”

What do you think makes your research important?

“Both social and print media are positing a certain standard of an ideal body, and this standard is a major cause of steroid use. My work is about informing the public about the harms of steroids, and to come up with ideas for prevention and for dealing with the harmful side effects.”

It seems like this will be an important topic in the years to come?

“Yes, this is an emerging area. My addiction research group has received international attention for our scientific work on the use of steroids. I have been offered a visiting position at the Centre for Public Health, Liverpool John Moores University, UK. I am really happy that our research is generating a lot of interest.”

Why did you want to study at UiB?

“I was studying at the University of Ghana, and a friend of mine came to study in Bergen. When he returned, he said that it was a fantastic place, and encouraged me to come here. I applied to UiB three times, and was not admitted. As an alternative, I studied for my masters at the University of Ghana. After my masters I got a scholarship to study for my second masters at NTNU, on addictions among Ghanaian youth. While conducting this research I got in contact with my supervisor here, Professor Ståle Pallesen. He thought that it was an interesting area, and after sending in an application, I finally got the opportunity to pursue my PhD at UiB. I am the first African graduate of my department. I think that could be an inspiration to other people: when you really want something, you should work hard for it. If you look at Norway, Bergen is the only University that has a Faculty of Psychology. All the other universities have departments. I really think this is the best place to study psychology in Norway.”

“My interest was shaped by my environment. Growing up where I did in Ghana, I realised that many of my friends and peers were slipping into drug use: alcohol, marijuana, cocaine and so on. It was striking to see the effect the drugs had on them. I decided to study drug addiction to be able to help people back home. So I went back to Ghana and did interviews with them, and we established a football club where we tried to bring addicts together to talk about the harms of drug use and help them recover.”

Where do you see yourself in ten years’ time?

“In ten years I am looking forward to teaching, researching, giving lectures all over the world, and also doing some consulting. I still want to be in academia, but I want to share my knowledge with people who need it, in sports for instance.”

From: Amisano near Elmina, Ghana

May 2015: PhD-graduate at the Department of Psychosocial Science, University of Bergen (UiB).

What are you doing now?

“I was lucky to finish my PhD in two years and four months instead of four years. I am currently working on a postdoc project here at the Faculty of Psychology at UiB” 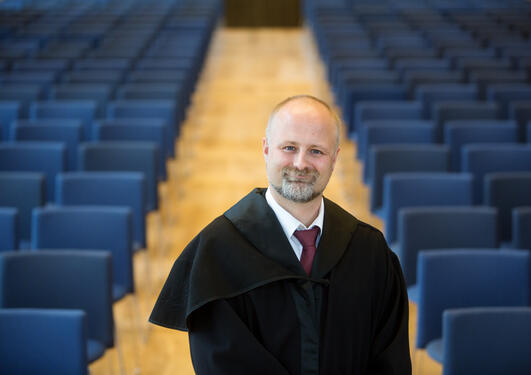 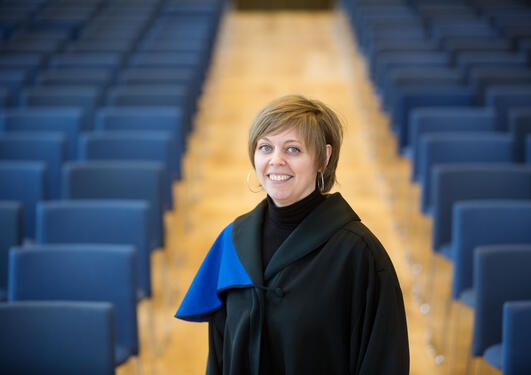