WARMING UP: Tore Furevik, director of the Bjerknes Centre for Climate Research, is talking about seasonal predictions for temperature and rainfall in South and East Africa at a climate conference in Uganda. The ideas from the conference will be brought to the United Nations Climate Change Conference in Paris in November-December 2015.
Photo:
Solfrid T. Langeland

“I hope to contribute knowledge on the big picture of climate change, says Professor Tore Furevik,” director at the Bjerknes Centre for Climate Research.

The conference Climate change and opportunities for sustainable business in East Africa takes place on 12 November in Kampala, Uganda. The Bjerknes Centre for Climate Research is represented by Tore Furevik and researcher Ellen Viste.

The conference is held in collaboration between the Royal Embassy of Norway, the University of Bergen (UiB) and Makerere University. The aim is to share knowledge about climate change and contribute insights to the United Nations Climate Change Conference in Paris that takes place 30 November to 11 December.

One of the lectures on the climate conference in Kampala is by Tore Furevik. He is talking about the impact of global warming on the climate and possible influence on food production in East Africa.

Collaboration since the 1980s

“We have much to learn from one another, and the Bjerknes Centre wants to contribute the best we can,” says Furevik.

According to climate researchers at the Bjerknes Centre, seasonal prediction of the weather in East -Africa can help the inhabitants to decrease the effects a hotter climate will have on food production.

“Improved seasonal prediction of rain and temperature in South and East Africa can be beneficial to health services and food production,” says Furevik.

“We see how the ocean temperature in the Atlantic Ocean and the Indian Ocean affects the rainfall. The Bjerknes Centre is currently involved in developing services for improved seasonal prediction. The aim is to give detailed climate predictions and thus reduce the negative impact of climate change.” 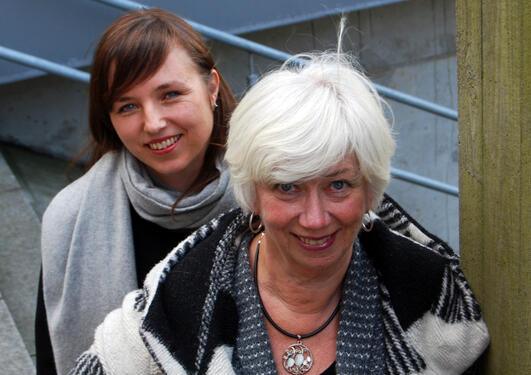 Few people at the University of Bergen knows Makerere University in Uganda better than Thelma Kraft. She has facilitated collaboration and capacity building between UiB and "the Harvard of Africa" for fourteen years. 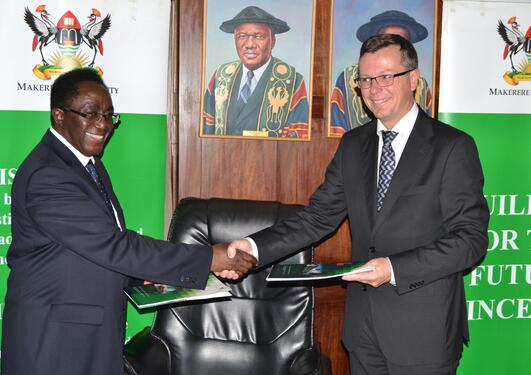 A new 10 year frame agreement between Makerere University and the University of Bergen has been signed in Kampala. 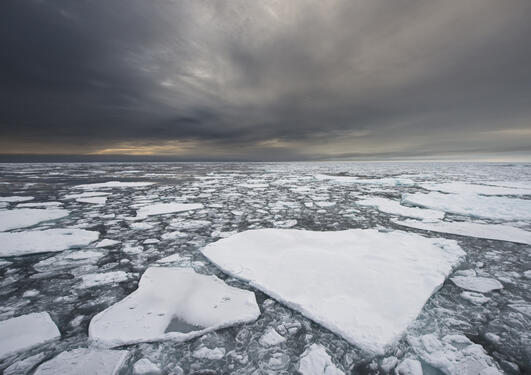 UiB and the Paris Climate Conference

From the hard sciences to law, the humanities and social sciences – here is how researchers and students at the University of Bergen work to solve the climate challenges.