In the new University of Bergen strategy, the aim is to strengthen Medieval studies in Bergen by establishing a cluster bringing together the best Medieval researchers in Western Norway.

A STRONG RESEARCH ENVIRONMENT: Bergen already has a strong environment in Medieval studies. The University of Bergen wants to establish a Medieval cluster in Bergen to strengthen and promote this environment further.
Photo:
Colourbox

In late November 2015, the Faculty of Humanities at the University of Bergen (UiB) arranges a week to celebrate the Medieval studies at UiB and in Bergen. At the conference Exploring the Middle Ages, the faculty presents a broad range of activities aimed at both academics and the public.

The conference also points towards the new UiB strategy, with its aim to establish a cluster for Medieval studies in Bergen.

“The Medieval studies at UiB can be traced back to the founding of the Bergen Museum in 1825. The Medieval age is an essential and integral part of Bergen’s and Western Norway’s history. The university and the museum sector constitute a large and diverse academic environment within Medieval studies, says Dean Margareth Hagen at UiB’s Faculty of Humanities.

The faculty has big ambitions for its Exploring the Middle Ages event.

“The aim of the conference is to gather and highlight the richness of the Medieval research environment both internally at UiB and to the citizens of Bergen. This is why we have combined an academic conference with public events at Bergen’s literature house and in various museums,” Hagen says.

Between 2002 and 2012 the Faculty of Humanities had a Norwegian Centre of Excellence (SFF), a scheme administered by the Research Council of Norway. The centre was called Centre for Medieval Studies (CMS) and was headed by now Professor Emeritus Sverre Bagge, who in spring 2015 received the prestigious Gad Rausing Prize for his work in the humanities and social sciences.

“The ten years of SFF status put Bergen on the map within Medieval research. This is a great resource and heritage we need to manage and develop further. In 2016 we will establish a group for Medieval studies and a steering committee with broad representation. We will also work to establish interdisciplinary education in Medieval studies,” says Dean Hagen.

She views the Medieval week as a first step towards bringing together the diverse research environments in the field, and also to think more interdisciplinary and across faculties at UiB with the aim of establishing a Medieval research cluster.

“There is great diversity at UiB in Medieval studies: archaeologists, literary scholars, historians, legal studies, linguists, art historians and many more. A Medieval cluster will make all these environments more visible and make it easier to work interdisciplinary in this vast field of knowledge,” Hagen says. “The Medieval cluster will aim for greater exchange of ideas and collaborations both between subjects and with external institutions and sectors of society.”

Strengthening ties between academia and society

Another important success factor is that a future Medieval cluster will have strong and broad contact with society outside of academia.

“It is important to show the importance of traditional humanistic research and also the potential for renewal and innovation inherent in these subjects. I want the cluster to be a tool for promoting an understanding of the relevance of historical knowledge in general,” says the dean.

Hagen and the faculty are committed to having strong ties with government, politicians, schools and industry.

“We will invite external partners, such as schools, the tourism industry, public administration and the museum sector, to work with UiB on this. I am confident that the collaborations between researchers and partners in the region will create exciting projects and release academic potential that currently lies dormant,” says Dean Margareth Hagen at the Faculty of Humanities. 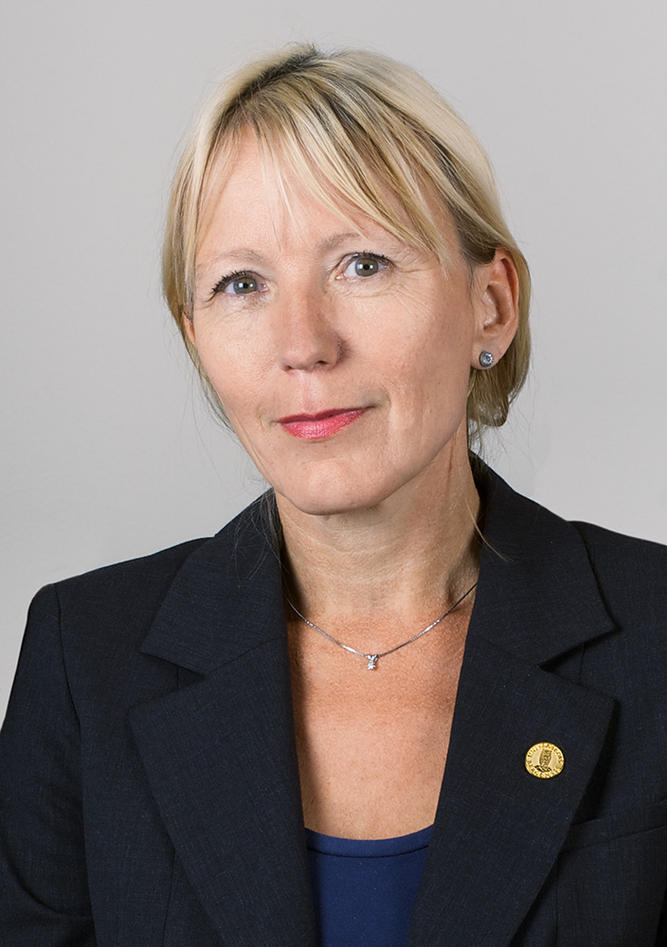