A group of professors at the University of Bergen (UiB) have been granted seed money from the Southern African-Nordic Centre (SANORD). They want to study the differences and similarities in higher education in Norway and South Africa.

STUDIES OF ACADEMIA: Researchers at the University of Bergen has been granted seed money from SANORD to study the role of universities in Norway compared to South Africa.
Photo:
Colourbox

“The aim is to strengthen the multilateral research cooperation in the areas which both Norway and South Africa are interested in,” says Henriette Sinding Aasen, professor at the Faculty of Law at UiB.

Along with Associate Professor Tor Halvorsen at the Department of Administration and Organization Theory she has received 50 000 South African rand from SANORD.

Book about the challenges

SANORD is a partnership of higher education institutions from the Nordic countries and a number of southern African countries. UiB played an active part in establishing SANORD.

“The comparative analyses will give us interesting and relevant insights and knowledge about both countries. We want to see the challenges in light of the judicial and societal differences and similarities between the countries. Other Nordic countries and countries in southern Africa will also benefit from these insights,” says Aasen.

The ambition is that the seed money will contribute to a themed publication of the South African publication Alternation. The title of the publication is Higher Education, Academic Freedom and the Role of Universities in South Africa and Norway.

“Furthermore, the ambition is to publish a book with more contributors and a broader perspective. The tentative title of such as book is Constitution, Human Rights and Knowledge – Shaping the Public Space,” says Aasen.

The role of the university

There will be a workshop at the Institute of Advanced Studies at the University of Johannesburg in spring 2016. This is the third workshop in a series as part of the project.

“This workshop will work towards finishing the publication. We will focus on the comparative analyses of the role of the universities and societies in Norway and South Africa and how nation-building, human rights and democracy affects the academic freedom and education, says Aasen.”

The Southern African-Nordic Centre (SANORD) is a partnership of higher education institutions from all the Nordic countries and southern Africa.

Promotes multilateral research cooperation on matters of importance to the development of both regions.

There are currently 42 members.

The member is committed to advancing strategic, multilateral academic collaboration between institutions in the two regions.

UiB's Vice-Rector for International Affairs, Anne Christine Johannessen, sits on the Board of SANORD.

Associate Professor, Tor Halvorsen, is part of the organizing committee for the conference. 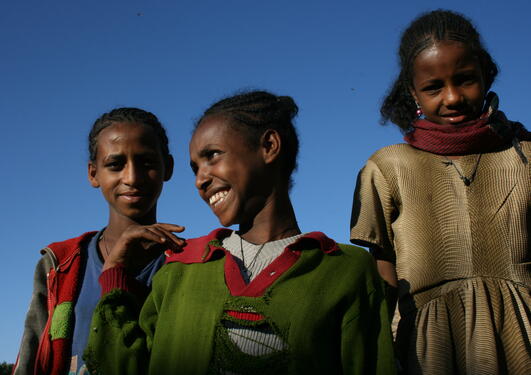