Every day, 6,300 people die as a result of work accidents or work-related diseases. A new online course from UiB seeks to prevent workers from injuries and death.

CRUCIAL KNOWLEDGE: These workers at the smelting plant in Tanzania are the future of the country. In spite of this, they work in life-threatening conditions. Two weeks before UiB visited, one of their co-workers died.
Photo:
GRO TJALVIN

“Every 15 seconds, a worker dies from a work-related accident or disease. Two thirds of these deaths happen in developing countries,” says Bente Moen, professor and leader for Centre for International Health at the University of Bergen (UiB).

The course Occupational Health in Developing Countries is the second open online course created at UiB. The course begins 7 March 2016, and it is possible to sign up now.

The free online course is teaching basic knowledge on occupational health and how to prevent the development of diseases and injuries, caused by working conditions in developing countries.

A team from UiB has visited workplaces in Tanzania.

“The industrial activity in the developing countries is increasing, but focus on the working conditions is not following suit. Both the industry and the health services lack knowledge about the high risk of injuries and death in the work place. As a result, millions of people are getting hurt,” says Moen.

Moen is concerned about the employees paying the price.

“When the industry in these countries is formed, the production is considered the most important thing, not the workers, says Moen.

Flip-flops at the smelting plant

The young men are not a priority in health related issues.

“When we talk about developing countries it is often about the women and children. The truth is that numerous young men die or get injured trying to earn money for their families to survive,” says Moen.

Moen emphasises that though some work places have begun improving occupational health, the general condition is worrying.

“The lack of knowledge leads to a total lack of fortification at the construction sites. We also met workers at smelting plants working with their flip-flops and caps on in spite of a co-worker being killed by a glowing steel pole two weeks earlier.”

Moen is responsible for the course and the video lectures along with the UiB researchers Magne Bråtveit, Ole Jacob Møllerløkken and Gro Tjalvin.  The course is a collaboration with researchers in Tanzania and Ethiopia, and Gunhild Koldal at the Centre for International Health has been the project secretary.

The term massive means that the number of participants can be very large without being limited by the availability of teaching staff. The term open means that the course is free and without formal admission requirements. However, some educational institutions and MOOC platforms charge for giving credits or certificates of completion.

FutureLearn launched its first online course in 2013. The company is owned by the Open University in the United Kingdom, which has more than 40 years of experience in online learning. FutureLearn has 57 partners worldwide, including universities in the UK and abroad and institutions such as the British Library, the British Museum and the BBC.

The University of Bergen signed a partnership agreement with FutureLearn in 2014.

The next course, Occupational Health in Developing Countries , begins 7 March 2016 and has a six week duration. Sign up for the course here. 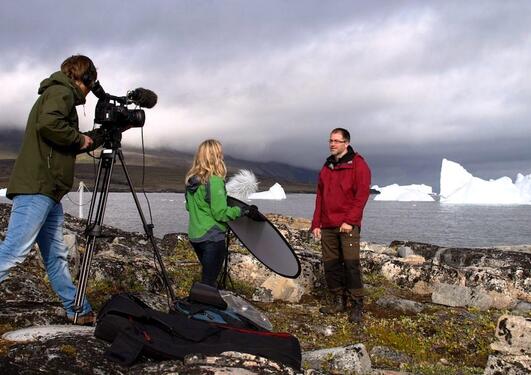 The first Norwegian MOOC on climate

Would you like to learn about the drivers of the climate system? Take a look at this open online course, provided by the Bjerknes Centre for Climate Research and the University of Bergen. 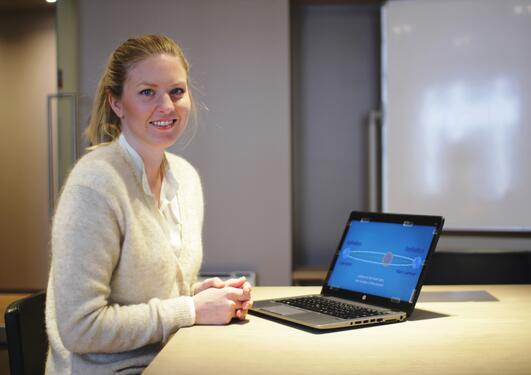 6,000 learners signed up for the first open online course at the University of Bergen (UiB).