246 new doctorates were awarded by the University of Bergen in 2015. On Friday 29 January the new PhDs of the autumn semester were celebrated.

NEW DOCTORS: On the last Friday of January, the University of Bergen celebrated all the new doctors from the autumn semester.
Photo:
Thor Brødreskift

Of the 105 that got their doctorate at the University of Bergen (UiB) in autumn 2015, 80 were present at the doctoral promotion in the University Aula in Bergen on Friday 29 January.

In total there were 246 new doctors conferred at UiB in 2015, the majority of which were women. A third of the new doctors were from outside of Norway, coming from around 40 different countries worldwide.

Rector Dag Rune Olsen had a special greeting for these international doctors in his speech, and reminded the listeners of the value of international cooperation and the flow of ideas between (all) academic disciplines.

A call for doctoral education

For the past few years, the number of new PhDs conferred at UiB has been high. Olsen also made a comment of this in his address.

"A doctoral education only makes sense if it is carried out in strong research environments. As a research-intensive university it is imperative that we shoulder a large amount of the responsibility for doctoral education, also on a national level."

Marry-Anne Karlsen addressed the audience on behalf of the new doctors. Her thesis, which she defended on Friday 11 December 2015, was titled Precarious inclusion. Irregular migration, practices of care and state b/ordering in Norway.

Karlsen described the conferral to doctor from a social anthropologist's perspective, classifying the period as a doctoral student as a liminal phase marked by duality, challenges and isolation from society.

"In addition to being a privilege and a challenge, getting a PhD also demands a social responsibility. And the challenge we face no matter our field or our path ahead, is how to embrace that."

Karlsen related this to recent events in Syria, calling on academia both to accommodate refugees who are eager to continue their studies, but also to contribute knowledge that will better prepare society to handle the situation in a good and dignified fashion.

Doctoral degrees in 2015 by faculty: 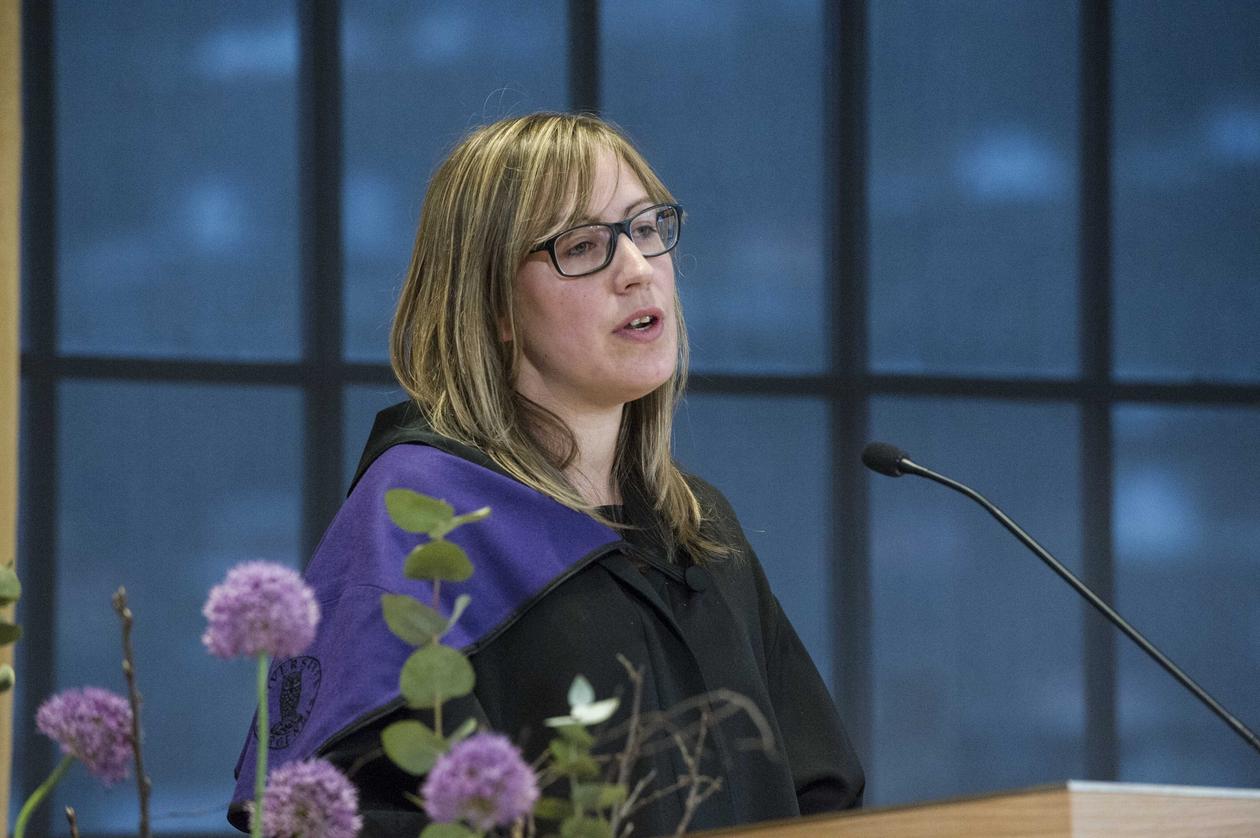