Searching for signs of early life

An expedition of international scientists has recovered mantle rocks from the bottom of the Atlantic Ocean. The rocks show signs of early life on Earth and the scientists hope to find more pieces in the puzzle to know more about the origin of life.

POST-EXPEDITION WORK: The researchers from the Atlantis Massif Expedition will now study rocks recovered from the middle of the Atlantic Ocean. These works are currently going on in the labs of the Bremen Core Repository in Germany.
Photo:
V. Diekamp

On a recent 47 day research expedition, called the Atlantis Massif Expedition, or Expedition 357, an international team of scientists collected unique rock samples from the seabed in the North Atlantic Ocean.

Interacting on the seafloor

The aims of the expedition were to determine how mantle rocks are brought to the seafloor and react with seawater. Such reaction, called serpentinization, may fuel life in the absence of sunlight, which may be how life developed early in Earth’s history, or on other planets. The team also hopes to learn more about what happens to carbon during the reactions between the rocks and the seawater. These processes could impact on the climate by sequestering carbon.

“We explore the elements and energy flows during serpentinization, which is thought to have been prevailing on early Earth and supporting the earliest life forms. We are also interested to know more about how microbes cope with this harsh environment. The sampling area of this expedition, Atlantis Massif, provides an ideal place to answer these compelling questions,” says PhD Candidate Rui Zhao at the Centre for Geobiology (CGB) at the University of Bergen (UiB), who participated in the expedition.

Along with his colleagues from around the world, Zhao is currently in the process of analysing the rock samples from the expedition.

“So far, we have just begun to examine the diverse rocks we collected from the Atlantic Ocean’s seafloor. However, during the drilling operation we detected hydrogen and methane in our samples, which could fuel the rock-hosted microbes’ growth. As a result of this, even more exciting findings could be made in the following years by scientists in their post-expedition research,” he suggests.

The Atlantis Massif Expedition is a part of the International Ocean Discovery Programme (IODP) and was conducted by the European Consortium for Ocean Research Drilling (ECORD) as part of the IODP. The expedition set off from Southampton in the United Kingdom on 26 October 2015, returning on 11 December 2015. The scientists used seabed rock drills from Germany and the United Kingdom for this research.

The expedition was led by Dr. Gretchen Früh-Green from ETH Zurich in Switzerland and Dr. Beth Orcutt from the Bigelow Laboratory for Ocean Sciences in the United States.

Using the results for his PhD

Rui Zhao now plans to use the rock samples from the expedition in his PhD research, setting himself multiple goals, of which he is highlighting three in particular.

“1) To elucidate the nitrogen cycling in this serpentinization-hosted ecosystem; 2) to explore the possible connections of microbes living in the three habitats of deep biosphere (deep seawater, marine sediments, and oceanic crust); and 3) to identify the controlling factors of crust-hosted microbial community by comparing the microbes in Atlantis Massif ultramafic rocks to those living in the basaltic rocks collected from North Pond,” he says refereeing to another IODP Expedition, #336, in which on of his supervisors, Dr. Steffen Leth Jørgensen, sailed as a shipboard scientist in late 2011. 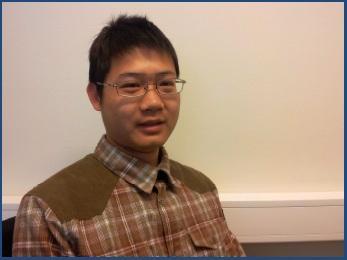 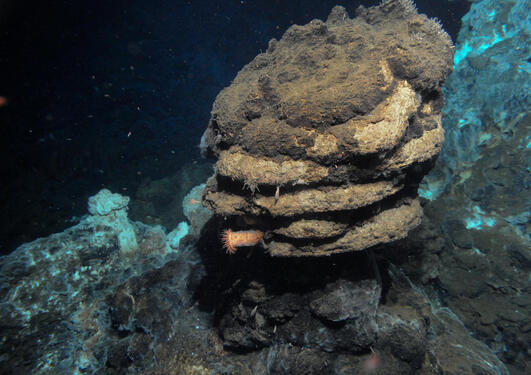 Researchers discover missing link in the evolution of complex cells

University of Bergen researcher Steffen Leth Jørgensen has discovered a new microbe in the Mid-Atlantic Ridge between Greenland and Norway, which represents a missing link in the evolution of complex life. 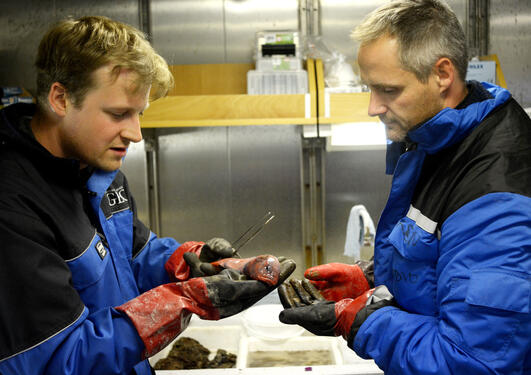 Surveying the Arctic for new species

The Centre for Geobiology explore active geothermal springs on the Arctic Mid-Ocean Ridge. The objective is to find new animal species and examine how mining operations on the seabed will impact on the environment.