Researchers to look at effects of migration policies

The research community know little about the new types of immigration in the world. A new, international project seeks to find the answers to difficult questions in the migration debate.

POSING THE DIFFICULT QUESTIONS: Hakan Sicakkan from the University of Bergen participates in a huge international research project on migration. The photo shows refugees at the train station in Copenhagen, in the autumn 2015.
Photo:
Colourbox

Some of the questions the researchers want to look at are:

Migration is currently a pressing issue for European politicians. Many types of migration are, however, understudied. A new international project supported by the Worldwide Universities Network – WUN (see FACTS) will, among other things, look at irregular migrants, stateless people, victims of trafficking, child migrants, and people who die between national borders.

The aim of the project, called Migration, Development and Global Transformations, is to develop tools to measure effects of migration policy.

“There are new types of migration that we do not have scientific concepts about, and that we lack empirical knowledge about,” says Associate Professor Hakan Sicakkan at the Department of Comparative Politics, who is participating in the project from the University of Bergen.

As an example of the new issues that have emerged, he mentions Norway's return of asylum seekers to Russia.

“The objective of this policy is to send a message to future economic migrants wishing to seek asylum in Norway. The effect of this policy is measurable. The same applies to other countries' migration policies under the current crisis.”

But even when scientific methods are used, the measurement is politicized if one measures the effect based on a country’s policy objectives. While nation states use migration policy to reduce the number of asylum applications, it is also possible to measure the extent to which migration policy helps to resolve the root causes of migration, such as poverty, violence and war.

“We know little about how migration can be managed in such a way that it contributes to reducing inequality on a global basis, while at the same time the number of asylum seekers is decreased. As we create a tool that measures the outcomes of states' migration policies, we will also look at whether the policy helps reduce inequality,” says Sicakkan.

In the United Nations’ 2030 goal of sustainable development, emphasis is placed on migration policy as a means to reduce inequality. The project will look at migration policy both in the context of this and in relation to International law.

He hopes that the work scientists are doing can help increase the states’ awareness of the real global impact of their migration policy.

The researchers will also design a tool to produce research-based statistics and knowledge that can be used by governments and international and humanitarian organisations.

Among the project partners is the International Organisation for Migration, which has recently established a Centre for Migration Research (GMDAC) in Berlin.

“Our research project is, among other things, a response to the need for a scientific framework that can support GMDAC’s data acquisition and analysis,” says Sicakkan.

The researchers in the project will not collect data themselves, but create a scientifically based framework that defines the problematic migration policy areas which must be prioritized. The project is managed by the influential migration researcher Ann Singleton at the University of Bristol.

• Worldwide Universities Network (WUN) was established in 2000 and consists of 19 leading research universities from around the world.

• The University of Bergen (UiB) joined in 2004 and is the only Nordic university in WUN.

• Professor John P. Hearn from the University of Sydney is the director of WUN.

• WUN’s board consists of the vice-chancellors or rectors of the member universities and is currently chaired by Professor Max Price from the University of Cape Town.

• Vice Rector of International Affairs at UiB, Anne Christine Johannessen, is director of the group for global health.

• WUN has an exchange programme for doctoral students and researchers, for visits of up to three months in partner universities. 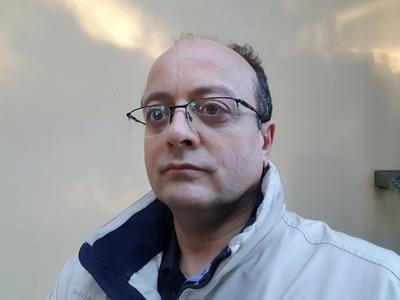