The Norwegian branch of ICOS opened

ICOS Norway and the Ocean Thematic Centre are officially opened, as part of the large European network for greenhouse gas monitoring.

On Monday 11 April 2016, ICOS Norway and the Ocean Thematic Centre opened at a ceremony in the University Aula in Bergen. ICOS Norway is the Norwegian branch of the European research infrastructure ICOS RI, with one of the central facility Ocean Thematic Centre (OTC) located in Bergen. The centre is hosted by Uni Research in collaboration with the University of Bergen (UiB) and the Bjerknes Centre for Climate Research, the University of Exeter and Plymouth Marine Laboratory in the United Kingdom.

The Research Council of Norway has awarded a generous grant to upgrade the Norwegian research infrastructure for observing carbon uptake in the ocean, on land and in the atmosphere, and to establish and coordinate OTC on a European scale. The main objective of ICOS is to produce high quality data and to provide a network design that can assess to the GHG emissions on a national level and confirm if COP21 agreements are meet by the individual countries.

“Finally, ICOS Norway and the OTC became reality. We started work on this in 2008 and finally we can harvest the seed from our focused and dedicated work,” says Professor Truls Johannessen, the director of the Ocean Thematic Centre.

ICOS – the Integrated Carbon Observing System – is a European monitoring network for greenhouse gas emissions in the atmosphere, on land and in the ocean. Norway contributes with two atmospheric stations, one touristic station and four stations for marine observations, and the Ocean Thematic Centre (OTC), where the marine data from the European observational stations will be analysed, perform quality control and develop a consistent measurement system.

Data from the ICOS measurements are available via the ICOS Carbon Portal.

The ICOS network includes measurements of the atmosphere, on land and in the oceans, and has observational stations scattered across Europe. Atmospheric measurements are analysed in France, the land-based measurements are based in Italy and Belgium, while the marine data will be analysed at the new Ocean Thematic Centre (OTC) in Bergen, Norway, in collaboration with centres in the United Kingdom and Germany.

The network was established to secure a sustained greenhouse gas observation system. Despite a huge amount of research and data on greenhouse data, the data have often been scattered and difficult to reach and to access.

ICOS Norway will consist of researchers from CICERO, NIVA, NERSC, SKOG and LANDSKAP and BIOFORSK. 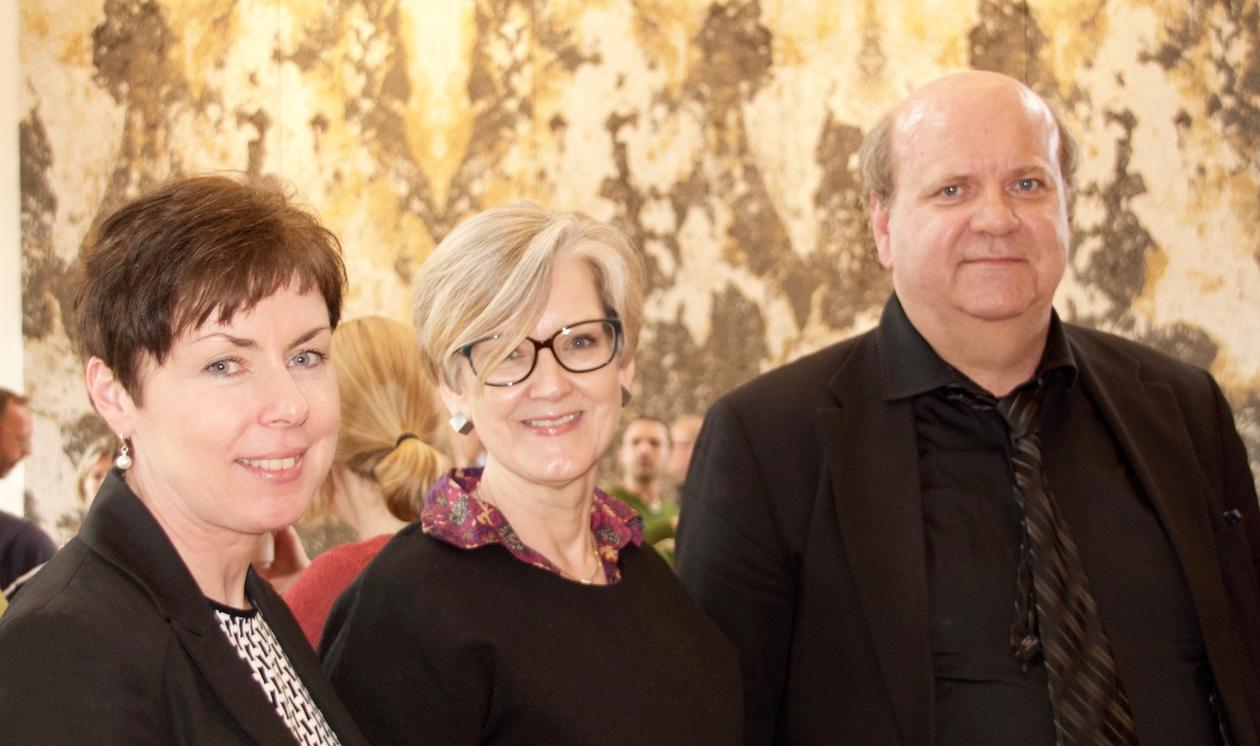 From the opening in the Aula. From the left: Director Aina Berg of Uni Research, Professor Anne Lise Fimreite, prorector at UiB and Professor Truls Johannessen, director of ICOS.
Photo:
Gudrun Urd Sylte