In his new EU supported project, neuroscientist Kenneth Hugdahl will use and develop new technology to help patients who are hearing voices. This research could represent a paradigm shift in the treatment of patients with schizophrenia.

In March 2016, Professor Kenneth Hugdahl at the University of Bergen became the second researcher Norway to receive an Advanced Grant from the European Research Council (ERC) for the second time.

Hearing voices in the head

Hugdahl receives his second ERC grant for the project Perception of voices that do not exist: Tracking the temporal signatures of auditory hallucinations.

“Let me begin with my previous ERC Advanced Grant,” says Hugdahl, referring to the grant he was given in 2009 and which ran between 2010 and 2015.

“The previous project was focusing on finding the underlying neuronal structures and functions in the brain. These are responsible for when auditory hallucinations occur in patients with schizophrenia, the condition of hearing voices that do not exist.”

According to Hugdahl, this was a point in his research when he changed the focus from diagnosis to the hallucination itself. This was underpinned by the idea of studying the symptoms of the illness so as to find better solutions for the patients.

“As part of this project, my team and I found areas in the brain that appear to be activated spontaneously when you hear “voices” and is captured by MT technique, which measures brain activity. This turns out to be the same areas that are activated in the intact, healthy brain when somebody actually speaks to you,” explains Hugdahl, who also leads the internationally recognised Bergen fMRI Group.

Read more about the MR technique and Hugdahl’s research on the Bergen fMRI Group homepages.

Looking for clues in brain’s chemistry

As part of the new ERC supported project, Hugdahl’s wants to take his research one step down the ladder.

“In the application, I wrote that I wanted further focus. Is it really true that we can find the area in the brain responsible for when hallucinations are initiated? Why can we use fMRI to measure the reason for the changes that occur in the head,” he asks.

Hugdahl’s theory is that the solution lies one level below compared to his previous research and that it may have something to do with the chemistry of the brain.

Chemical connections occur in the brain, transmitting nerve impulses between synapses, permitting neurons, or nerve cells, to pass electrical or chemical signals to other neurons.

“This is the contact surface between brain cells and they secrete chemical transmitters knows as neurotransmitters,” says Hugdahl.

“Today, nobody in the world knows what about the brain’s chemistry that has to do with hallucinations, but our hypothesis is that it has something to with the balance between various types of neurotransmitters, and which allow brain cells to behave as if someone is actually talking to you.”

An aim to offer tailor-made treatment

To succeed with his new project, Hugdahl will proceed from fMRI to a different, but related method, MR spectroscopy. This allows Hugdahl and his team to measure some of the neurotransmitters.

“We want to establish what part of the actual chemistry which is cut out of the neurotransmitter loop. If we can find the answer to this, we may be able to develop medicines that are individually tailored for patients suffering from hallucinations.”

The neuroscientists also wants to highlight another aspect, which made his application for an ERC grant successful.

“So far virtually all research into hallucinations, including my own previous project, has tried to explain the appearance of hallucinations. What makes it suddenly occur inside the head of a patient,” Hugdahl asks rhetorically.

“However, if things were that simple, only the appearance would need to be explained: Why are the voice not there 24 hours a day, 365 days a year? No one experiences voices continuously. The voice come and go, they fluctuate with time. In the past, this was not a subject among international researchers, but is now the main focus of my new ERC project.”

He and his team now wish to design specific experiments to follow the timing of the voices, when do they appear and when do they disappear.

“We want to develop a new iPhone app, which can register 24/7 when a person hears voices or not. Traditionally, this has been the domain of psychiatrist’s interviews with patients,” he says before enthusiastically adding.

“But there is no way there can be a completely accurate patient recollection to remember afterwards. This is where we believe that new app technology can move into full force. Using an app to register the voices people hear, is something revolutionary and new!” 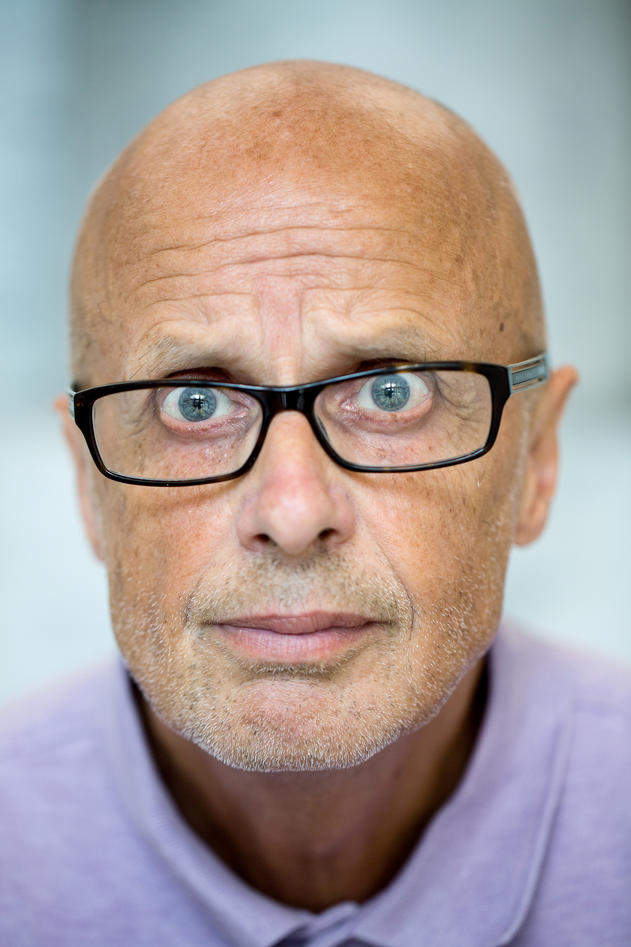 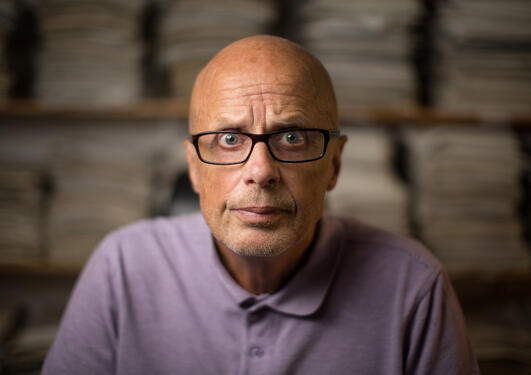 The renowned brain researcher Kenneth Hugdahl has been awarded his second Advanced Grant from the European Research Council (ERC). He is the second researcher in Norway to receive this grant for a second time. 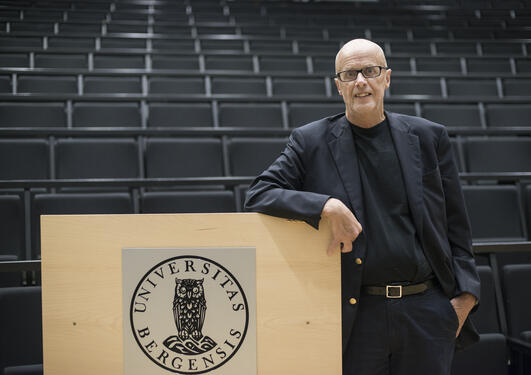 Statistically speaking, Professor of Psychology Kenneth Hugdahl should have been a drug addict. Instead, he became addicted to long jogs and research into auditory hallucinations.